Players Might Have to Stick To Their Existing Rosters for a Bit. 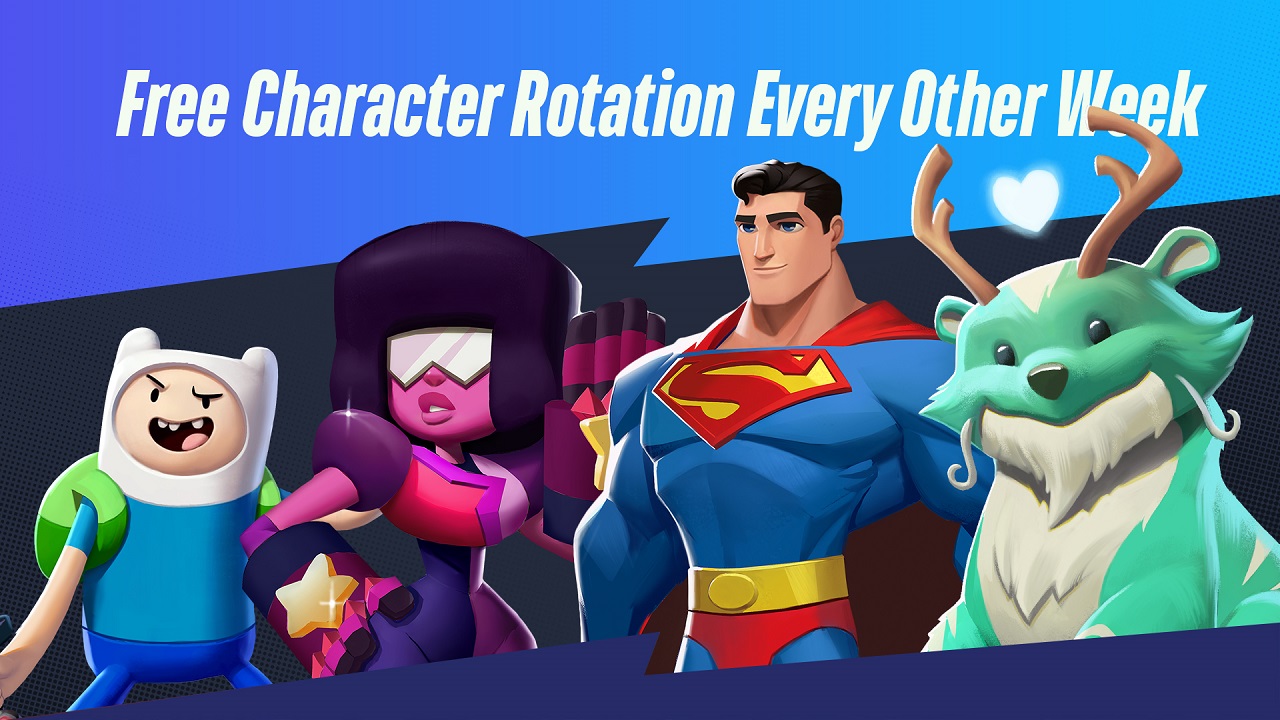 The rotation of free character in MultiVersus shows no sign of changing for the time being, and that is a point of concern. Officially during the starting week of the game’s launch, MultiVersus developers confirmed on social media their intentions of having characters rotate in and out of a free selection, where every player would have the opportunity of trying them out and earn progression on them without needing to have unlocked the characters via gold coins or gleamium.

This endeavor is encouraging for players who enjoy the prospects of trying out a character and getting a feel for them before they spend their hard-earned in-game currency to unlock a character for their roster who they may play for hundreds of games on end. To players who don’t actively look up guides on what characters to prioritize unlocking first or players who are keen on figuring out their rosters for themselves, the free character mechanic will prove to be a boon.

So it might come as a bit of a headache that the free character rotation in MultiVersus doesn’t seem to be changing, despite the period of two weeks that have already gone by since the time of the last rotation, July 26th. The current free character selection is still Finn, Garnet, Superman, and Reindog.

if it got delayed with season 1 that's kinda stupid tbh

There are speculations as to why the rotation hasn’t changed, and some are pining the reasons for such delays on the postponed update for season 1, as similarly expressed by this leaker in their Twitter post. Just recently, days before the official release of season 1 for Multiversus, a thread of Twitter posts was made by the developers detailing the decisions made to suspend the release of season 1 for MultiVersus until a later date. No explanations were offered by the staff as to why such delays need to occur and when the new release date will be.

That is not to suggest that staff associated with the games have gone dormant on social media, as the game director is active on Twitter debunking theories regarding the delay and discussing the features they are working on overhauling for the arena fighter going forward. Though much like a lack of confirmation regarding an actual release date for season 1, there is a lack of clarification or conversation as to why the current free character rotation has yet to phase out for the next.

It’s difficult to assume such delays to be due to upcoming characters, as LeBron James didn’t make it on to the free rotation during release week. Considering the lack of information, any guess or speculation is probably a good one as long as they’ve yet to be addressed by the devs. Players will have to put up with seeing Finn in their game a little bit longer.