Players are finding new and interesting methods of freefalling in style! 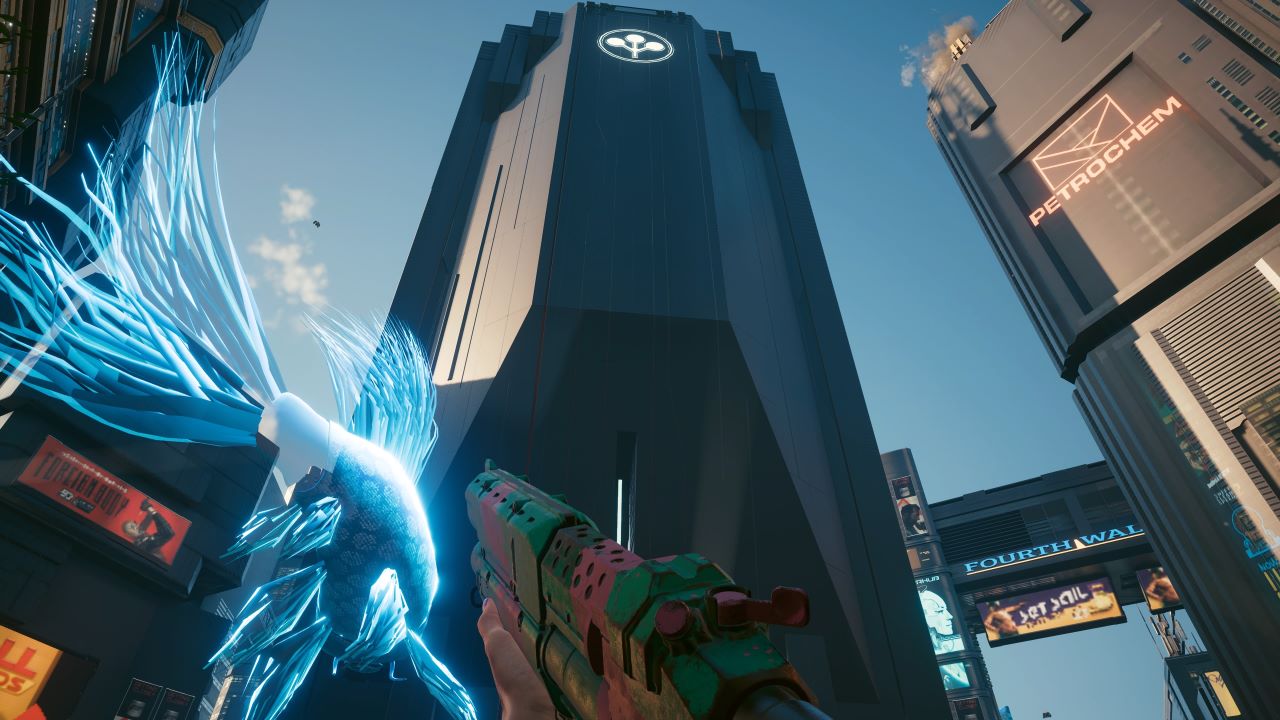 Cyberpunk 2077 has made its mark on the gaming community recently and players have been equally making themselves known in the world with unique styles thanks to using the Transmog system. Of course, while some players are focusing more on creating a specific appearance style, others have been instead trying to learn new functionalities of the gameplay mechanics with new content that is added to the game on a frequent basis in recent times. People have been using Rebecca’s Shotgun in Cyberpunk 2077 to find particular ways of surviving falls which one player has documented.

It was recently observed that the ‘GUTS’ shotgun has other clear benefits apart from being an excellent shotgun in general to have within your arsenal. A Twitter user had posted their experience with the shotgun as they showcased the jump off a towering skyscraper while they plummeted to the ground awaiting below them. They fired the shotgun at the ground when near and had survived the entire fall which definitely shouldn’t have happened and is likely a glitch to be fixed soon.

Rebecca's Shotgun allows you to break your fall in Cyberpunk 2077, so you can safely jump off skyscrapers pic.twitter.com/ruBLYkwlTo

Of course, after players noticed this was a possibility, people began rushing to grab the shotgun for themselves. There is a specific location you will have to visit to get Rebecca’s Shotgun in Cyberpunk 2077. Whether you are just looking for a wonderful weapon to have with you at all times, or you are indeed looking to try this glitch for yourself, the ‘GUTS’ shotgun will have you covered. The shotgun originated from the Cyberpunk Edgerunners show after it was released due to the fact Rebecca was the character with this shotgun. Players will be happily enjoying gathering new equipment while going through their playthrough of this wonderful experience.

Cyberpunk 2077 is available at this very moment for PlayStation 5, PlayStation 4, Xbox Series X/S, Xbox One, Google Stadia, and PC.