Stranger Things is Coming Back to the Game With New Content. 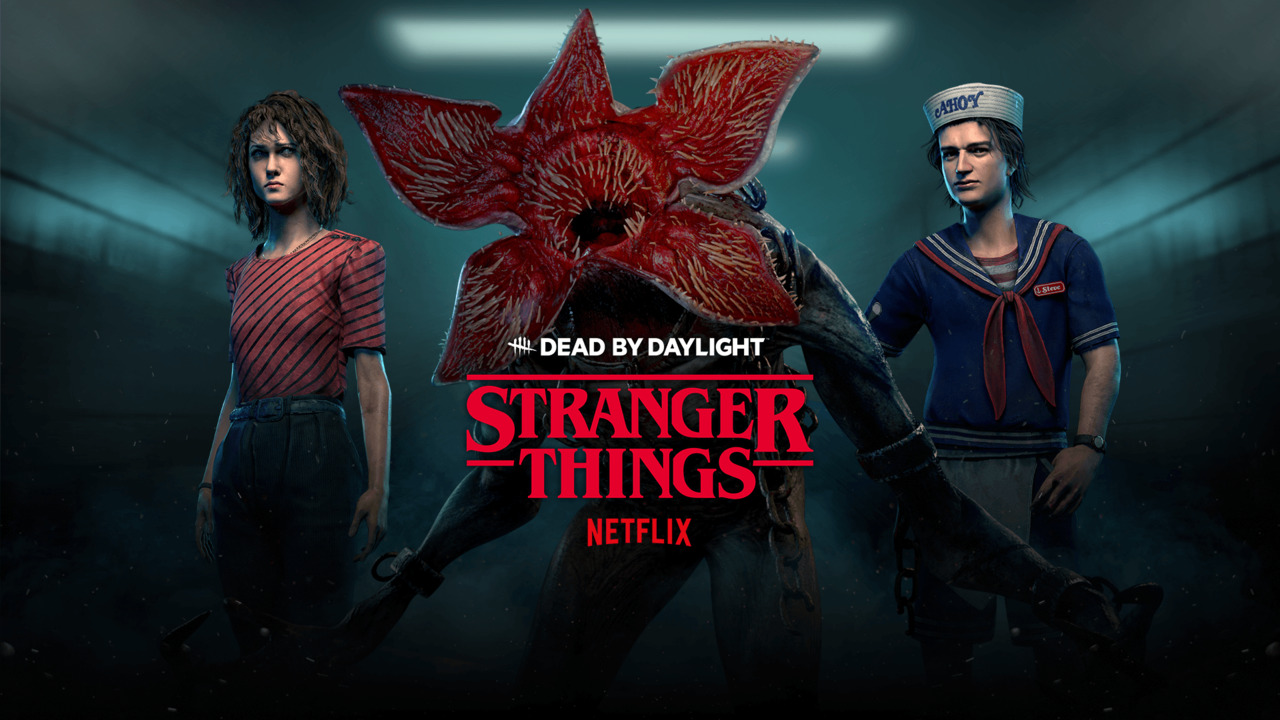 Stranger Things is coming back to Dead by Daylight soon according to a new leak. The Netflix original series first crossed over with the mega-popular online horror game alongside the launch of season 3 back in 2019 before being pulled in 2021 due to expired licensing. Fans have been constantly requesting the content to come back to the game ever since, and now it seems like they’re getting everything they’ve been asking for and more very soon.

In the original Stranger Things x Dead by Daylight crossover event, two survivors and one new killer from the show were added to the game along with the Hawkins National Laboratory map, which very quickly become a fan-favorite level. Nancy Wheeler and Steve Harrington were the two survivors in that update, pursued by the Demogorgon killer from the show’s first season. It was one of the best content drops that the game had seen in a while, and that’s saying something in a game that features faces from the all-time horror hall of fame like Ghostface from Scream, Leatherface from Texas Chainsaw Massacre, and Pyramid Head from Silent Hill.

Stranger Things Content is Returning to Dead by Daylight

All of the Stranger Things content in Dead by Daylight, including the Hawkins map, two survivors, Demogorgon killer, and every skin and cosmetic item from the show was pulled from the game late last year due to licensing issues. This is the only instance of this happening in Dead by Daylight, which adds guest characters to the roster on a regular basis. As Dead by Daylight is an ongoing game, fans expected the licenses to be renewed without question so players could keep playing on all of the maps and new players could pick up crossover characters whenever they wanted.

This means not only ST Chapter coming back, but also new content – character 'Vecna' is part of it.

Thanks to @FNBRintel for contacting me about this.#dbdleaks

Things are thankfully looking bright for Dead by Daylight and Stranger Things fans, however. According to a tweet from DBDLeaks, developer Behavior Interactive has been contacted by Netflix regarding a new Stranger Things collaboration. This crossover would bring back the original Stranger Things content, including the map and characters, in addition to new content themed around the show’s fourth season.

This update would add Vecna, the antagonist of the new Stranger Things season, to the game as a new killer. It’s unclear if any new survivors will join Vecna, but given that this would theoretically be an entirely new chapter for Dead by Daylight, new survivors are expected. Surprisingly, this news comes from Fortnite leaker FNBRIntel, who has uncovered a collaboration between Fortnite and Dead by Daylight that’s in the works.

Fortnite X DBD in the works.

A collaboration between the two were discussed in march of this year with fortnite getting a Meg Thomas skin and DBD getting a Llama charm as seen below. Not sure how accurate this information is as it comes from a new source but here you are! pic.twitter.com/Q3Ne24H3ki

This crossover event would add the survivor Meg Thomas to Fortnite as a new skin in the Gaming Legends Series that features cosmetics from other titles like Among Us, Resident Evil, and Street Fighter. Dead by Daylight players would then be able to earn a Fortnite llama charm in the game by completing various challenges. There’s no date for this crossover event just yet, but it’s all but confirmed at this point.

When Does the Stranger Things Vecna Chapter Start in Dead by Daylight?

The Vecna chapter (if it’s real) will likely come much later than the return of the original Stranger Things content. Netflix likely wants to capitalize on the hype surrounding the new Stranger Things season, and releasing the original crossover content and adding the Hawkins map back to the multiplayer rotation would be a great way to do so quickly.

Since Vecna would be playable according to this leak, that implies that more content will be coming alongside her since new killers typically come with new chapters. That means it’ll be quite some time before we see new Stranger Things content in Dead by Daylight. The next chapter of the game launches in September 2022 and is already rumored to feature new Resident Evil characters, so the earliest we could see Vecna is the following season in November 2022 or later.