Stray is Driving Some Pets Crazy

The pet reactions are adorable! 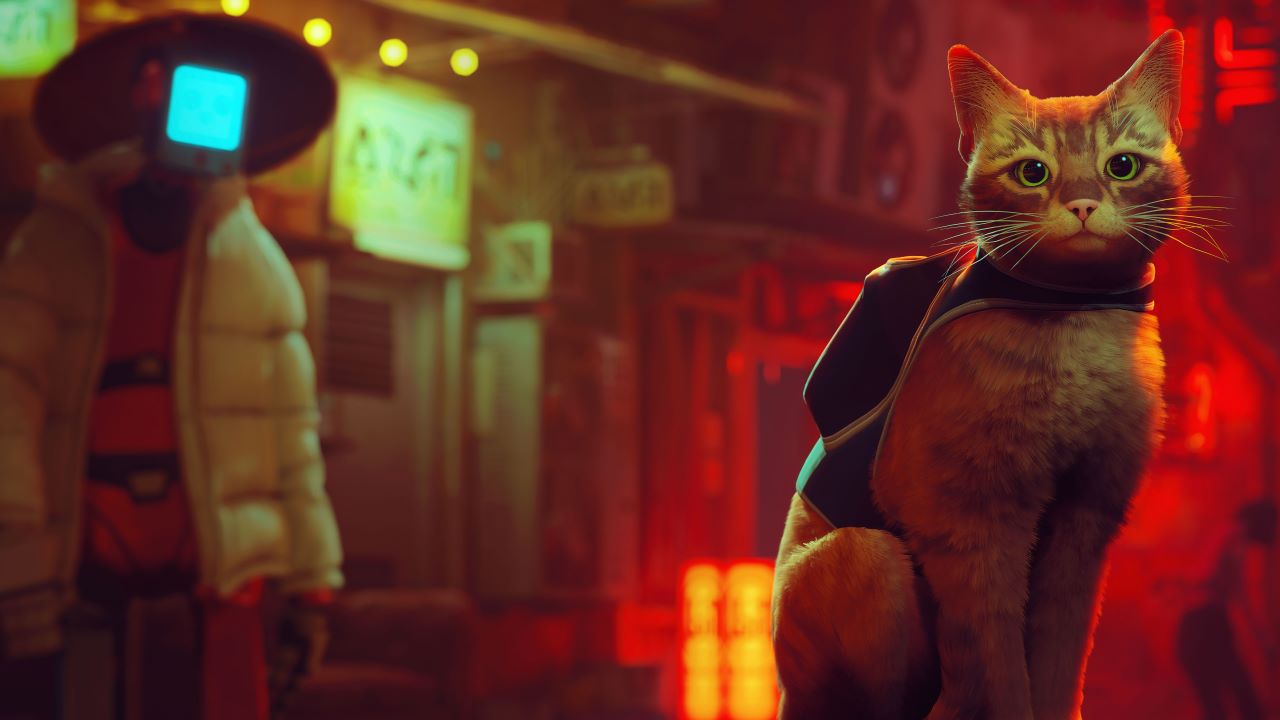 Stray has been getting played by thousands of players over the last day after its release. Of course, the adorable cat that you will be playing as certainly draws a lot of attention and not just attention from us as players but also attention from owners’ pets. There are varying reactions from the pets but most dogs tend to bark and run up to the TV or monitor that the game is being played upon. These Stray pet reactions are brilliant and it is clear to see that Stray is definitely driving some pets crazy up the walls when they see the feline on screen. A testament to just how realistic Stray’s protagonist can be.

When you start your journey in the experience, if you have any pets nearby you may find that they get very excited by everything happening on the screen. Many people around the world have been sharing their pet’s reactions to simply just seeing the cat appear on the screen which is enough to set them off to go and investigate thoroughly what they are seeing on the screen.

As SOON as the cat shows on screen 😫😫🤣@AnnapurnaPics#PS5 #Stray pic.twitter.com/enzPLGdupe

While you may be doing your best to collect all of the various collectibles in the game, there may be just some slight distraction going on by your dog barking at the screen or your cat perhaps also investigating and wanting to play with the lovely feline in the virtual world. At this point, it can probably be said that your pets would likely love to dip into the world that Stray is set in for themselves!

I guess we need to wait til the dog passes out before we play Stray. I wanted to get a video because she was watching the cats and then she just went for the tv 😂

(No TVs were hurt no worries) pic.twitter.com/1YfqpQY7uy

The reactions are consistently adorable and hilarious. If you are playing the game around your pets you may want to have your TV remote close at hand before they could accidentally topple your TV over in trying to get the cats on the screen. Nonetheless, if you’re wanting to see some brilliant pet reactions in your day, allowing them to see the cat for a little bit of time can definitely create funny moments.

Everyone's posting cute photos of their pets watching them play Stray and I'm here panicking if I play it near him he'll throw himself at the TV and eat my PS5 pic.twitter.com/dPOy65dTo6

The sheer look of astonishment by many pets that is seen when they are watching an animal that they very much think to be real at all times walking about on a screen can be another level of thought to be had by pets about comprehending looking at the nice cat walking across the steel beams and uncovering secret areas. The real dogs and cats will probably just be thinking to themselves that they can make a new friend through the screen and get to adventure with them.

The game is a great experience to play through with your real-life pets and no doubt you both will be having an enjoyable time playing this excellent game together. Brace yourself for those adorable reactions though!

Stray is available now for the following platforms: PlayStation 5, PlayStation 4, and PC.

Attack of the Fanboy / Gaming / Stray is Driving Some Pets Crazy