Switch your loadout and get back in there 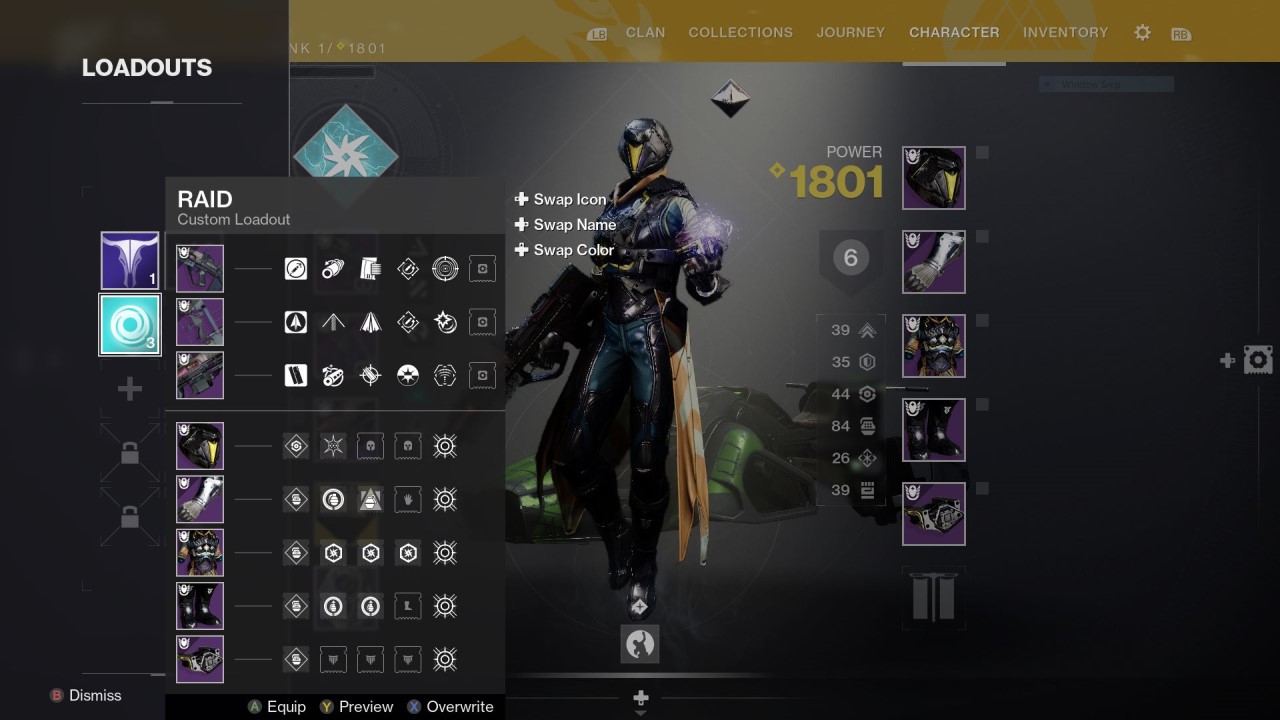 The new subclass 3.0 changes we have received have made many players realize how outdated the loadout and armor system is in Destiny 2. Thankfully, we won’t have to deal with the system much longer. Bungie has revealed some of the new changes that will be coming to the armor and loadout system with the release of Lightfall. Let’s go over all the new changes you can expect in Destiny 2.

All Armor and Loadout Changes Coming to Destiny 2

Although the armor system has been reworked previously, the recent changes to all of the subclasses have started to show the age of the current system we have now. There are many new viable builds for the new subclasses but none of them work well with the current armor system.

The current armor system feels like it doesn’t do much for your builds outside of providing an exotic effect from the one piece of exotic armor you can wear. This leaves the rest of your armor to only offer Warmind builds or Charged with Light builds at best which tend to work separately from anything offered by the light and dark subclasses. Thankfully all of this is about to change.

Loadouts are the first big addition that we know is coming with Lightfall. No longer will you need to scramble to Destiny Item Manager to find all the pieces to your stasis build when you feel like putting it on.

You will be able to pre-make full loadouts down to the mods you have on each piece of armor and the weapons you will use. You will then be able to quickly switch to them on the fly. It is not known at the moment if you need to have all the pieces of a loadout on your character or if the game will be able to pull items from your vault. Even if you do need to carry the armor and weapons on you, it will cut down on the time of changing out all the mods when you want to change builds.

There are a few big sweeping mod changes that will be coming across the board. One of the biggest changes is the removal of elemental restrictions on mods. No longer will you need to have a solar piece of armor to put on Bountiful Wells, but instead it can go on any armor of any element type.

There will also no longer be combat-style-specific mods. All armor pieces will now have at least four mods spots on them. One for stat-increasing mods and three more for any other mods that you want to fit in. These will include the mods that already fit in the general armor mod spots, like ammo reserve mods, ammo finder mods, etc. but also all of the previous combat-style mods will now fit in those slots.

To accompany these mods’ changes, many of the current combat style mods will have their cost reduced to allow you to easily use more of them on your armor. This should allow for some more diverse builds to be constructed since you can have more effects stacking on top of each other on each piece of armor.

The seasonal artifact is seeing a massive change as it will no longer give you mods to slot onto gear, but instead provide you passive bonuses. For example, if you were to unlock anti-barrier pulse rifles you will no longer be given a mod to put on your gloves but instead, all pulse rifles will now have that effect on them.

To balance this change, we will only be able to select 12 perks instead of unlocking all 25 mods available. However, we will be able to freely respec the perks we have picked at any time and for no glimmer cost.

Elemental wells are being replaced and we will be back to the Orbs of Power system. This is to get rid of a lot of mod confusion and allow for the new armor charge system to roll out a bit easier. You will no longer need to equip a mod to allow yourself to become Charged with Light, instead, you will gain access to the Charged with Light system by equipping any mod that uses Charged with Light stacks.

You will gain charged with light anytime you pick up an orb of power and can hold up to three stacks by default. There will be many mods to interact with this system that will be added that will either consume stacks upon activation or drain a stack every 10 seconds to remain active.

Elemental wells are still around but are more directly tied with subclass effects rather than being linked to armor mods. This means we will have plenty of new fragment builds to play around with when Lightfall finally releases.

All of these changes are certainly exciting to look forward to. However, there is still plenty of time before the release of Lightfall. While we are waiting for the release, make sure you are getting any weapon blueprints you want before they are gone.