All Ceruledge Weaknesses and Best Counters in Pokémon Scarlet and Violet

Don't let this ghostly foe get itself fired up for battle! 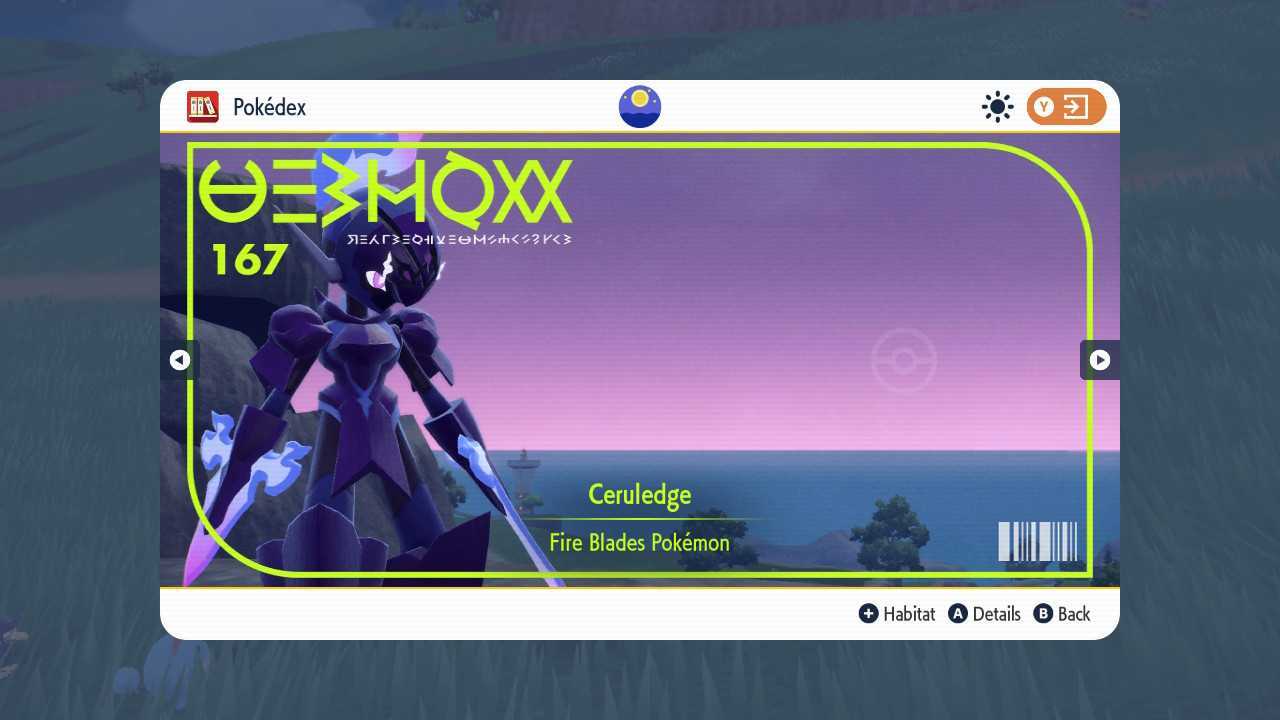 Ceruledge is a particularly notable Pokémon in Scarlet and Violet, boasting a striking design alongside some very impressive stats. Thanks to it needing the Malicious Armor, it’s technically a version exclusive, likely leading to many Scarlet players being unfamiliar with this Pokémon’s moves and abilities. Ceruledge is no powerhouse when compared to late-game finds like Iron Jugulis and Sandy Shocks, but its access to powerful and versatile moves makes it a force to be reckoned with. Players of both Scarlet and Violet should be aware of all weaknesses Ceruledge has, especially if they want to jump into online matches.

Ceruledge is a Fire/Ghost-type with extremely high Attack. Its ability can either be Flash Fire or Weak Armor. The former immunizes it to Fire-type moves while the latter turns its weakness against Physical attacks into a strength. It might be weak to Water, Rock, Ground, Ghost, and Dark-type moves, but its decent speed and access to Bitter Blade can allow it to heal itself, preventing Ceruledge from getting finished off very easily. If it has a Focus Sash, then no amount of power will prevent it from dealing massive damage itself — especially if it’s able to use Swords Dance faster than you can attack.

Multi-hit moves like Rock Blast and Bone Rush can be good choices to prevent a strategy around using Focus Sash, and the Pokémon that learn these moves have some other tools to ensure their survival. For example, a Garganacl with the Purifying Salt ability can resist both of Ceruledge’s primary types. Even if it has Sturdy instead, this just allows it to survive the Fighting-type attacks Ceruledge can use via TMs. The Fire Blades Pokémon is also slower than opponents like Dugtrio, making them excellent choices if you want to move quickly with a powerful Ground-type move. Ceruledge’s greatest strengths come out only when it can move in its second turn. If you can prevent that, it won’t even get the chance to cut you down to size!