All Gym Leader Teams and Weaknesses in Pokémon Scarlet and Violet

Learn the most effective ways to take down every Gym Leader in Paldea! 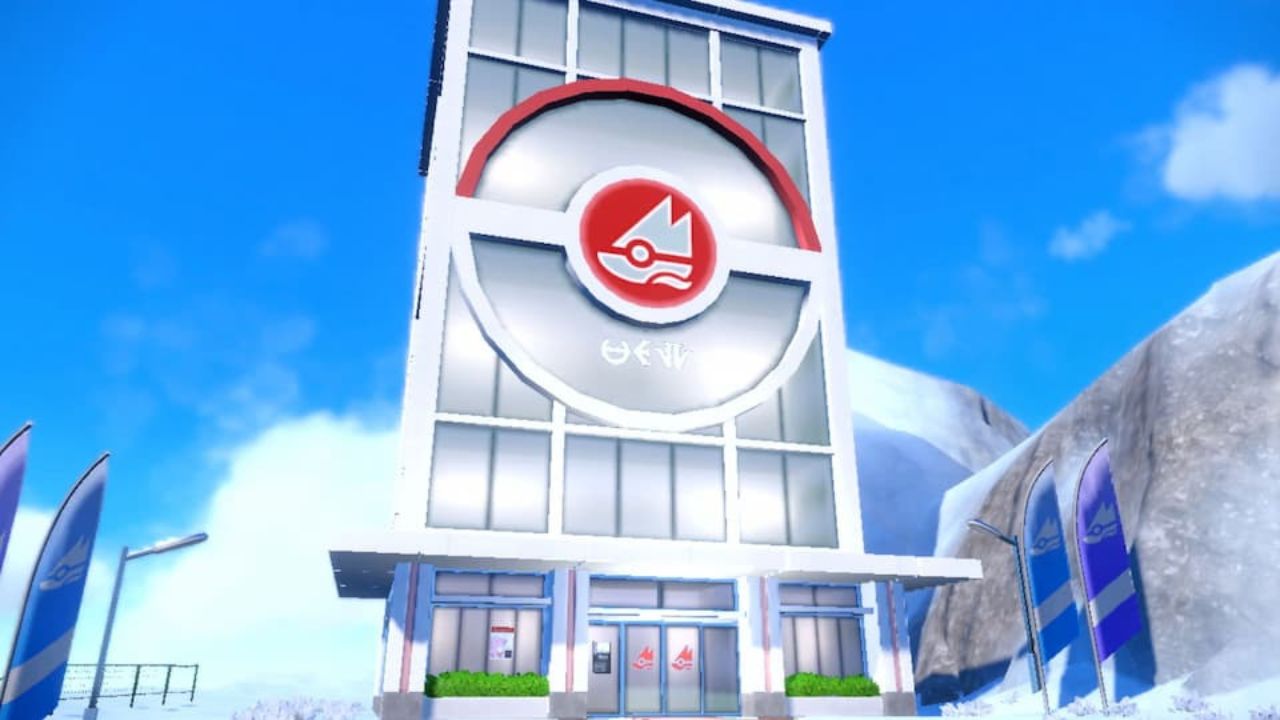 Battling the Gym Leaders in Pokémon Scarlet and Violet can be a daunting task. While getting to them isn’t very difficult, completing their tasks and defeating the leaders might prove to be quite challenging. Every leader follows the rule of using one type of Pokémon, but there’s more to figuring out how to beat them than just using effective attacks. Players looking to complete Pokémon Scarlet and Violet would do well to learn all teams and weaknesses each Gym Leader has!

To start, every player should know that each Gym Leader uses a special “ace” Pokémon at the end of their team. The Gym Leader will always Terastallize their ace into their Gym’s type once it’s on the field. This Pokémon doesn’t appear until it’s the last one on their team, though this changes if the player forces them to show up through use of Roar or a similar tactic. Every Pokémon a Gym Leader has is the same level with the exception of the ace, which is one level higher.

Additionally, each Gym Leader has a special post-game team with higher levels and better moves. They all share the same level conventions as they do in the main story. In other words, every post-game Gym Leader team is at level 65 for normal Pokémon and level 66 for their ace. Many of the same tactics can be applied between both teams as long as you have some well-trained allies in your corner. Additionally, no Gym Leaders will use items of any sort, so feel free to use as many as you’d like!

Based on the order you’re meant to battle them, here’s every Gym Leader’s team:

Katy is the first Gym Leader most players will face, making her team very simplistic as a result. All of her Pokémon are weak to Fire, Flying, and Rock-type moves — including her ace, thanks to Terastallization. For her fight during the Victory Road storyline, all you really need is a Fuecoco or a Fletchling. If you want to face off against her post-game team, a Talonflame will be just as effective. Just watch out for her new additions, as they’re able to use some powerful Rock-type attacks. Maybe bring two Talonflames just in case!

Though he Terastallizes his Sudowoodo into a Grass-type, it’s still a Rock-type at heart. The previously-mentioned Fletchling will still be very useful here — especially if you evolve it into Fletchinder — but you’ll almost certainly want an extra Pokémon to take out his ace. Luckily, Grass and Rock are the only types you’ll have to worry about for Victory Road. Get your hands on a second quick Fire or Flying-type like Houndour or Rookidee and you’ll have little trouble against Brassius!

His post-game team might be a bit more difficult to deal with thanks to additions like Breloom. Don’t be afraid to branch out with your own Pokémon. For example, Gardevoir is a Psychic/Fairy-type, but it can also learn Mystical Fire. Brassius simply won’t have any fantastic moves to counter it with, especially if you’ve given your Gardevoir a bit of extra speed. Pair it up with an Armarouge or a Ceruledge and turn up the heat on this Grass-type Gym Leader!

Every Pokémon Iono has includes an extra move to cover the Ground-type immunity to Electric attacks. This is especially problematic when considering Bellibolt, which happens to boast a Water-type move. However, you can easily negate this issue by using a Clodsire with Water Absorb, making Bellibolt completely useless. Her Mismagius will be especially troublesome due to its Levitate ability, but using a Nacli or Naclstack will allow you to bring it to the ground with the Smack Down move. Partner these two up with a Diglett or Dugtrio for good measure, ensuring you’ll have no trouble with either of Iono’s teams in the long run.

If you chose Sprigatito as your starter and evolved it into Floragato, you’ve practically already won the fight. If you haven’t, Tsareena, Deerling, or Brambleghast are acceptable alternatives. His post-game team might be a bit more difficult thanks to additions like Pelipper, but you can easily counter every one of them with either Miraidon or Electrode. Unfortunately for this gym leader, all of his teams suffer from some very obvious weaknesses.

One word: Pawmot. This Electric/Fighting-type will easily sweep through both of Larry’s teams with pretty much no difficulty. His Staraptor does have Intimidate as an ability, which might be a bit troublesome, but it doesn’t have much more than that. Pawmot can exploit all the weaknesses of both teams this Gym Leader has, making short work of every Pokémon without issue. Larry’s request to “not go too hard” makes a bit more sense when you see how easily he gets taken down.

Unlike most Gym Leaders, Ryme is fought in a Double Battle. This means you’ll have to use two Pokémon at once throughout the whole battle. In addition, her first two Pokémon — Banette and Mimikyu — have access to priority moves, allowing Ryme to move first with very few limits. Luckily, these moves are all Physical, so a defensive Pokémon like Cloyster will be able to resist those attacks while getting out some good damage of its own with moves like Surf. When partnered with the aforementioned Water Absorb Clodsire, you’ll have a very bulky combination that only Toxtricity can possibly break. When facing off against it, consider keeping a Krookodile in your team’s reserves.

Notably, Ryme’s battle has a second gimmick. Any Pokémon that lands powerful attacks or knocks out its foes will cause the crowd to cheer. This grants stat boosts to that Pokémon’s side of the field. If the Cloyster/Clodsire strategy is especially effective for you, there might not be a need to switch out even when going up against Toxtricity. Just beware that Ryme can get those boosts as well, so you’ll need to prevent her from making as much progress against you as possible!

If these strategies aren’t for you, it might be better to simply get your hands on as many Dark or Ghost-type Pokémon as you can. Meowscarada, Zoroark, and Mismagius are all viable options. Other Pokémon with priority moves like Lucario with Bullet Punch or Ceruledge with Shadow Sneak can also be very effective. Eliminating the number of times Ryme can move will make all the difference in being able to defeat her.

At this point, you should have as much preparation as you’ll ever need for Tulip. A fast, powerful Dark-type like Meowscarada or Weavile will easily exploit the weaknesses of all teams this Gym Leader has. This includes Tulip’s other Pokémon with strengths against Dark-type foes like Gardevoir, Gallade, and Florges. Despite their additional Fairy and Fighting-type moves, it’s unlikely they’ll ever get the chance to use them thanks to their relatively low Speed. Just keep hitting hard with moves like Night Slash and Foul Play, and your victory against Tulip will blossom forth in no time!

Grusha’s teams have some pretty good coverage despite being full of Ice-types. Unfortunately, all Pokémon in these teams have one problem bigger than their weaknesses. At the start of each battle, Grusha will lead with Frosmoth. It might have some great Special Attack, but it only has Ice and Bug-type attacks. Even if it sets up a Tailwind, a Pokémon like Scizor, Lucario, Ceruledge, or Gyarados can easily withstand those attacks while setting themselves up with moves like Swords Dance and Dragon Dance. From there, Steel, Fighting, Fire, or even Rock-type attacks will take the rest of the team out easily. Pawmot is another fine choice due to its Speed, and Quaquaval will be able to move before Grusha’s more dangerous Pokémon like Cetitan and Altaria. Rely on the strengths of your allies and even the final Gym Leader won’t be a match for you!

These are some of the best counters for all teams wielded by each gym leader, but it’s not necessary to always exploit their weaknesses. If you level your Pokémon beyond what they have, you could take them out in one blow with moves that aren’t even very effective. This isn’t even taking the player’s access to Terastallization into account, which will allow for a lot more versatility throughout each fight. How you go about challenging these Gym Leaders is up to you. With enough planning and preparation, it’s unlikely that any of them will pose a threat.