All Psychic Spectacular Research Tasks and Rewards in Pokemon GO

Get ready to get some great new monsters during this event! 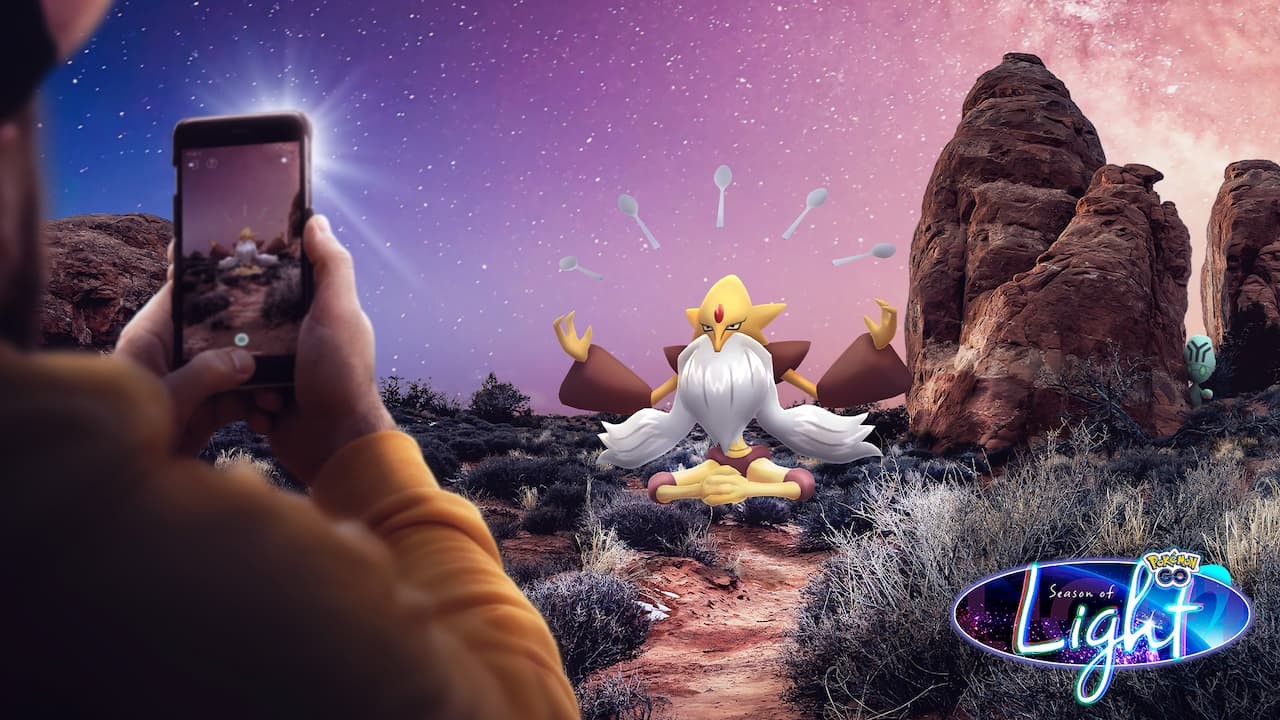 The Season Of Light is off to a great start in Pokemon GO, with plenty of events to get players excited for what’s on the horizon. After searching out plenty of Inklay, you’re now on the hunt for plenty of powerful Psychic-type Pokemon, with the Psychic Spectacular. You’ll be able to get your hands on plenty of great monsters, with a new Shiny even entering the fray!

Let’s take a look and see what you’ll be able to find in the wild, find out who the new Shiny monster is, and see what kind of exciting tasks await you as you jump into adventure during this new event! You’ll only have a limited time to get your hands on everything, so make sure that you’re prepared and caught up with our guide! Here’s everything you’ll need to know!

If you’re ready to start getting your hands on many new Psychic-type monsters, you’ll have a fair amount of time to get this done. Starting on September 6th at 10:00 AM and running until September 12th at 10:00 AM Local Time, you’ll have many opportunities to get out and enjoy this exciting new event. Make sure that you’ve got your hands on plenty of Pokeballs, as well as enough space in your Pokemon Storage to catch them all!

While Elgyem has been available in the game for a little while, players have been wanting to see its Shiny get added in. Thankfully, with this new event, you’ll be able to finally get your hands on one, as well as Beheeyand em, its evolution. You’ll also have quite a few different chances to get your hands on one of these, as you’ll see in our Field Research section below. Now’s a better time than ever to find this little alien, so get out into the world and start hunting!

If you’ve been waiting to get your hands on a Mega Alakazam, you’ll finally have the perfect chance to do just that. Making sure that you and your friends are prepared to take on this Mega Monster is no small feat, but following along with our Raid Guide, you’ll be able to bend them to your will, and add one to your team. You’ll also have a chance to get a Featured Attack if you happen to evolve a monster into Alakazam during this event!

If you happen to either evolve a Kadabra during this event, or catch an Alakazam in a raid, you’ll be able to have a Pokemon that knows the powerful Psychic move, which does some pretty great damage, and has a chance to weaken your opponent. Here’s what you can expect with this move:

Trainer Battles: 90 Power and a chance to lower Defense Stat

If you’re ready to showcase the power of your team, you’ll have quite a few different chances to make that happen, and if you missed out on a specific type of monster, they’re coming back to challenge you in the gym once more! Make sure that you’re ready to fight these Pokemon, and showcase your power against them!

From 2:00 PM until 5:00 PM Local Time, you’ll be able to encounter an influx of Deoxys invading your local gyms, so you’ll need to be prepared to add as many of them as possible to your team. Thankfully, you’ll be able to find every form during this time, with an increased Shiny Chance. If you haven’t had a chance to add one to your team, this is the perfect opportunity, so make sure that you’re studying up on our Deoxys Raid Guide to make sure that you’re ready for anything!

If you’re looking for a great way to earn some excellent new monsters, you’ll want to partake in the exciting Field Research & Special Research that are happening during this event. If you’re a Shiny hunter, one of them, in particular, will give you a great opportunity to hopefully get your hands on the newest Shiny Pokemon to enter the game! Let’s see what is in store for you!

And after you complete this Special Timed Research Tasklist, you’ll be rewarded with a final Elgyem encounter, as well as x30 Pokeballs and x10 Great Balls! This is one of the easier Special Research Tasks to complete in recent memory, so you’ll have an easy time making this happen!

And that’s everything you need to know about the Psychic Spectacular happening in Pokemon GO! If you’re loving everything that this game has to offer, make sure that you’re checking into our Pokemon GO Guide Section, where you’ll be able to find out what disguises Ditto is using this month, all of the Field Research Tasks & Rewards, and how to take down the Team GO Rocket Bosses in the game!