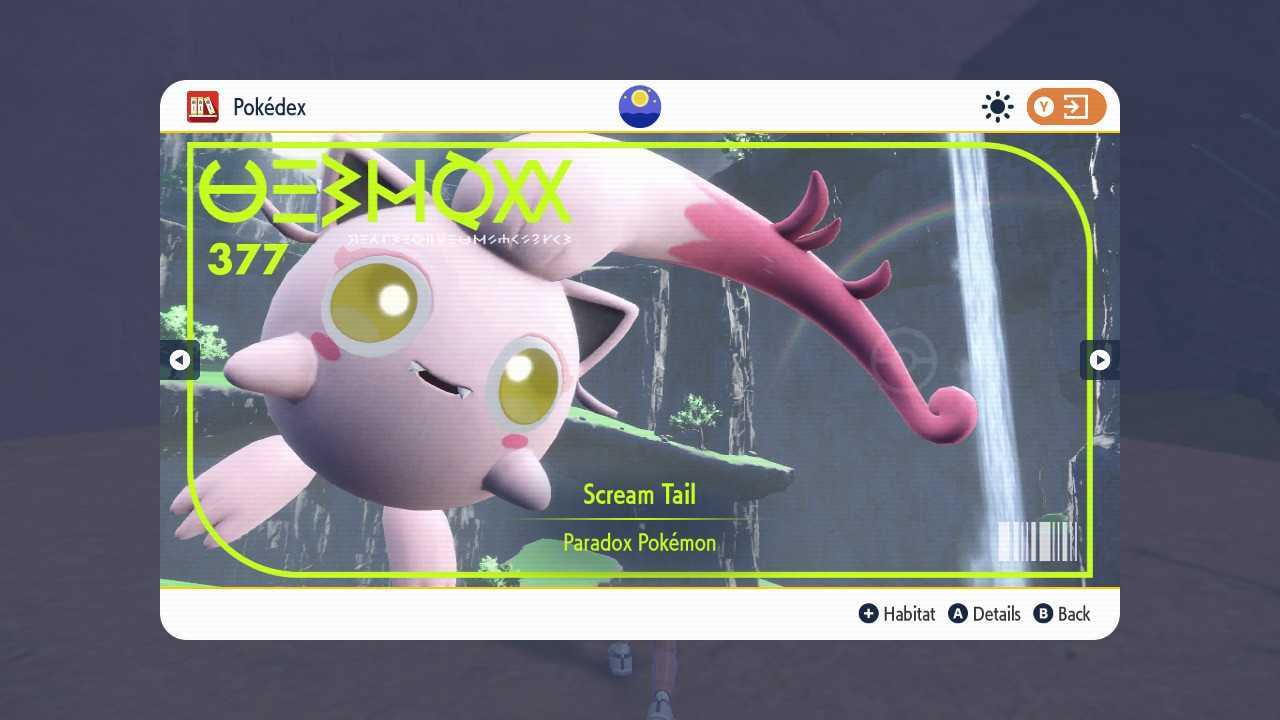 Scream Tail is a Pokemon in Scarlet and Violet that looks like Jigglypuff but has a long tail on top of its head. While weird looking, this Pokemon has some tricks that can make it quite challenging. To make it easier, you will want to know its weaknesses. Knowing weaknesses can also give you an advantage in catching Scream Tail and adding it to your Pokedex. This guide will walk you through Scream Tail’s weaknesses and which attacks you should avoid using due to low damage output.

What are Scream Tail’s Weaknesses in Pokemon Scarlet and Violet?

Scream Tail is a Fairy and Psychic type, meaning a few types of Pokemon can counter this and deal significant damage. These include:

Focusing on Pokemon with these move types will take out Scream Tail without a problem. Scream Tail likes to use a move called Protosynthesis, which increases the Pokemon’s highest stats, whether that is attack, defense, or Special Attack. This will only work if the terrain is set to Harsh Sunlight, so to counter this, you will want to change the terrain to an effect in your favor or use an item that gets rid of Harsh Sunlight.

There are a few attack moves that you will want to disregard when fighting Scream Tail. These attack types will do almost no damage to Scream Tail and will give you less chance of winning the fight. These include:

Also, in addition to those two types, Scream Tail is completely Immune to Dragon-type, so don’t even think about using a Pokemon that fits into that category.

If you want to battle Scream Tail or add it to your Pokedex, you need to check which version of the game you currently have. This Pokemon is exclusive to Scarlet, so if you are a Violet player, you will need to work out a trade with a friend to add this creature to your Pokedex. For Scarlet players, you will need to reach Area Zero, where you will come in contact with Scream Tail.