Show your enemies the meaning of dispair.

One of the first weapons you’ll receive in Destiny 2 Season of the Seraph is Disparity. You’ll receive a red border version of Disparity which will allow you to unlock its pattern and craft your own Disparity God Roll for either PvP or PvE. Here is the Disparity PvP and PvE God Roll in Destiny 2.

While the new Rose Hand Cannon is also a Season of the Seraph weapon worth grinding for a God Roll, Disparity is great in its own right. Disparity is a Pulse Rifle with an Aggressive Burst archetype which means it hits harder and shoots four bullets per burst. The basic origin trait of Disparity is either Ambush which improves range, handling, and damage at the beginning of combat encounters or Hakke Breach Armaments which increases Disparity’s damage against vehicles, turrets, barricades, and Stasis crystals. Ambush is the better basic origin trait.

Here are the basic stats of Disparity:

Because of the Aggressive Burst, Disparity is a great PvE Pulse Rifle. Arrowhead Brake is the best barrel for Disparity as it will greatly control the recoil bounce and slightly improve its handling. Tactical Mag is the best magazine for Disparity because it adds more bullets to the magazine, increases the reload speed, and slightly buffs the stability. These attachments are perfect for speeding through the Heist Battlegrounds activity.

Rapid Hit or Moving Target are the best first perks to pick depending on what you want. Rapid Hit will stack on precision hits and grant increased reload speed and stability while Moving Target will increase target acquisition and moving speed when moving ADS. For the second perk, Kill Clip pairs well with Rapid Hit as it greatly increases Disparity’s damage after reloading.

Disparity can be a great PvP Pulse Rifle with the right God Roll. For the barrel and magazine, the two best picks are the same as the PvP picks: Arrowhead Brake and Tactical Mag. These attachments will improve the handling, recoil, stability magazine size, and reload speed.

Though the PvE perks work well on the Disparity PvP God Roll, a really great option with a lot of synergy is Outlaw for the first perk and Desperado for the second. With Outlaw, your precision kills will greatly reduce the reload time. With Desperado, reloading after a precision kill increases Disparity’s rate of fire. You could also switch out Desperado with Kill Clip if you want more damage instead of an increased rate of fire.

That is the Disparity PvP and PvE God Roll in Destiny 2 Season of the Seraph. As you play through the season leveling up as fast as possible, you’ll inevitably unlock the pattern for Disparity and be able to craft your own God Roll with enhanced perks. 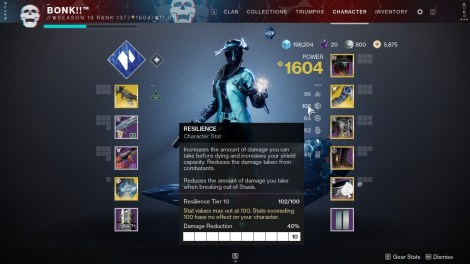