While all gear is good, some are better in specific areas than others. 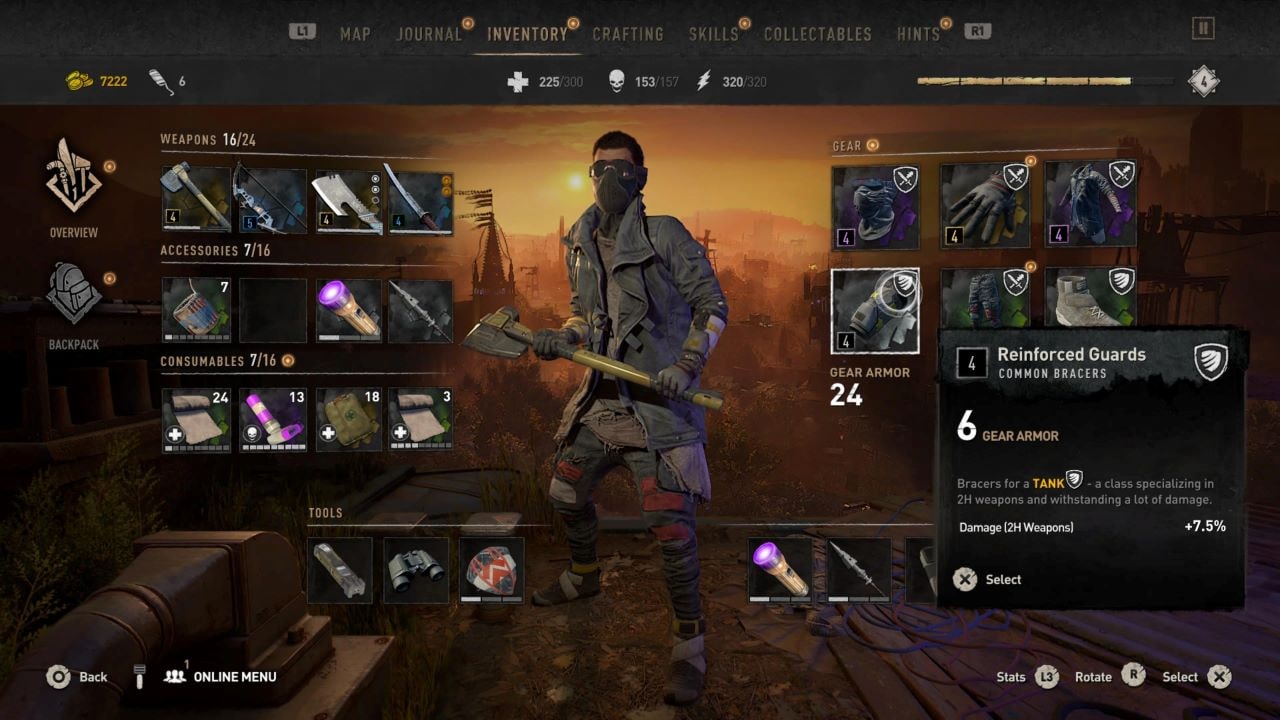 Dying Light 2 is a true role-playing game in every sense, even when it comes to different gear types. Each piece of gear is more than just armor in the game, they all have their specific perks and bonuses to them. Though the different “classes” of gear are very loose in this game, you can maximize your playstyle with them. In order to create your perfect build in Dying Light 2, you’ll need to know the differences in Medic, Tank, Brawler, and Ranger gear types.

How to Find and Use Gear in Dying Light 2

Finding gear in Dying Light 2 is easy. Just like any other resource, you can find gear through looting. All gear is randomized, but you can find good stuff at bandit camps behind locked doors, in rare chests, or from looting big enemies.

Gear in this game is much more than just which color is better. That does matter, and with increased rarity comes more stat bonuses. But first, the primary trait of every piece of gear is armor. Armor will help minimize all incoming damage, so it is always a good thing to have, especially if you’ve prioritized your stamina over your health.

Medic gear in this game specializes in parkour and healing. Medics are great if you are playing with friends, or if you just love parkour. If you look for and equip multiple Medic gear pieces, you’ll be rewarded with some of the following bonus stats:

People looking to be able to take more hits and hit hard with two-handed weapons should go for Tank gear. There are pluses and minuses for Tank gear, but if you really love the combat and like getting up close and personal, look for Tank gear. Here are some of their bonus stats:

The Brawler gear type in this game is for the well-rounded fighters. For people who love one-handed weapons and having an ample amount of stamina throughout a fight, Brawler is the choice for you. The Brawler gear perks are as follows:

Last but not least, the Ranger gear type is for players looking for stealth, parkour, survival skills, and, well, range. Though Dying Light 2 thrives on hand-to-hand combat, players can choose to fight from afar with weapons like the bow and arrow or the crossbow. Here are the bonus stats that come with Ranger gear: