Not to be confused with the NFL tight end. 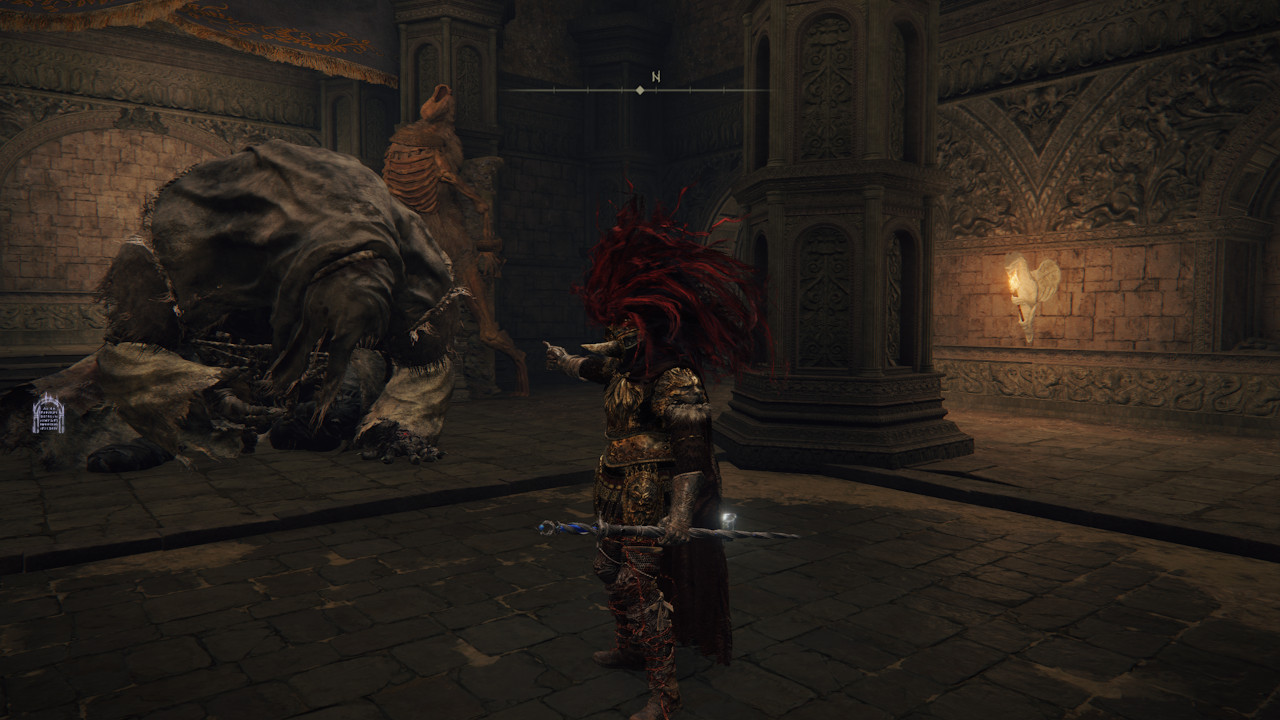 Gurranq, Beast Clergyman, is a menacing, sometimes ferocious, NPC you encounter after learning about Deathroot from D, Hunter of the Dead.  You can find this character multiple ways, and not only is he beneficial to a questline shared by these two characters but providing this NPC more Deathroot will net you great abilities and weapons.  But finding him can be dangerous, and whichever route you take might have some strong opposition.  Read on for our guide on Where to Find Gurranq in Elden Ring! Gurranq resides in the Bestial Sanctum in Northeast Dragonbarrow, and you can ride there if you are careful to dodge enemies, all the way from Summonwater Village where you might have spoken to D.  It’s directly northwest of Lenne’s Rise.  Alternately, when you speak to him, if you’ve beaten Tibia Mariner and gotten Deathroot to give, he will give you directions to a “Sending Gate” (teleporter) just northeast of the Third Church of Marika in East Limgrave. Using the teleporter will bring you straight to the sanctum, which does have a site of grace too, but be careful, leaving the sanctum potentially pits you against its guard, the Black Blade Kindred.  If you choose to ride to this area, you’ll have to get past this boss, but you don’t necessarily need to fight it.  Once you speak to Gurranq, you’ll be able to give him Deathroot to learn powerful incantations or get gear, but be prepared, once you give a certain amount, the next time you meet with him you’ll need to fight, but not necessarily kill him, to calm him down.  But once you do, you’ll be able to gain more from him.

This concludes our guide on Where to Find Gurranq in Elden Ring!  Be sure to check out our other guides, and our review!