New and old characters reconvene in the upcoming patch for Genshin Impact. 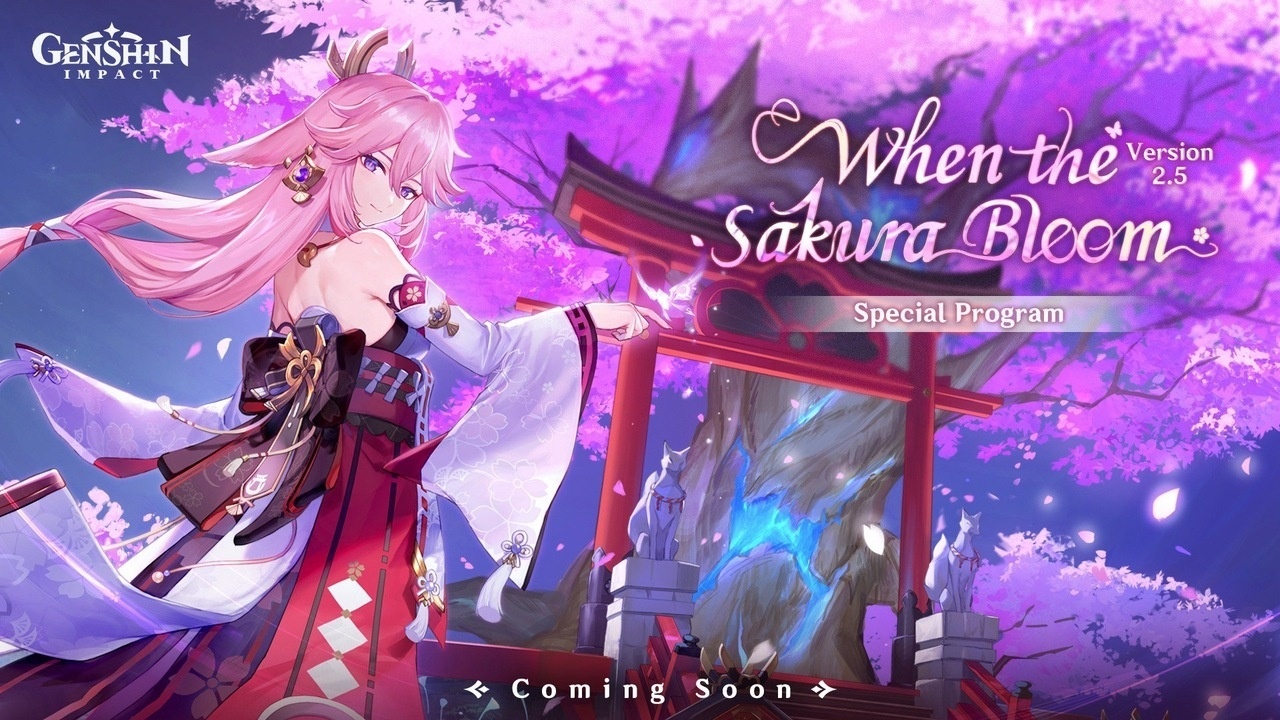 Patch 2.5 is soon to drop for Genshin Impact and with that new and old banners. In particular, the introduction of the long-awaited head priestess of Narukami Shrine, Yae Miko scheduled to arrive with the patch in question. The patch once again brings players back to Inazuma, with the Traveler finding themselves beset upon by new dangers encroaching the depths of Enkanomiya. Whether it is to counter such obstacles or to simply recruit new party members, players may be intrigued by the playable characters on offer throughout patch 2.5. This guide will elaborate upon the character banners for the arriving patch and cover information surrounding the featured characters.

Banners to come for patch 2.5 of Genshin Impact

Yae Miko’s banner would be the first to arrive, immediately following the 2.5 update maintenance for Genshin Impact. The update is slated to start on the 16th of February, at 6:00 AM, with the length of said process estimated at 5 hours or so. The Yae Miko banner will be followed by Raiden Shogun and Kokomi Sangonomiya’s banner ran concurrently after the conclusion of Phase 1 of the patch, on the 8th of March at 6:00 Pm. The above times are observed per UTC+8 time zone.

During Phase 1 of the patch, the Event Wishes are set to feature Yae Miko, an Electro Catalyst as the limited 5-star character, alongside 4-stars such as Thoma, Diona, and Fischl. There is no explicit confirmation as to whom the 4-star characters are going to be for the rerun banners of Raiden and Kokomi, but following past trends, it is possible to assume that the two banners will have the same 4-star distribution. Each phase retains the same amount of time as before, running for 3 weeks each leading to a 6-week patch as per usual. 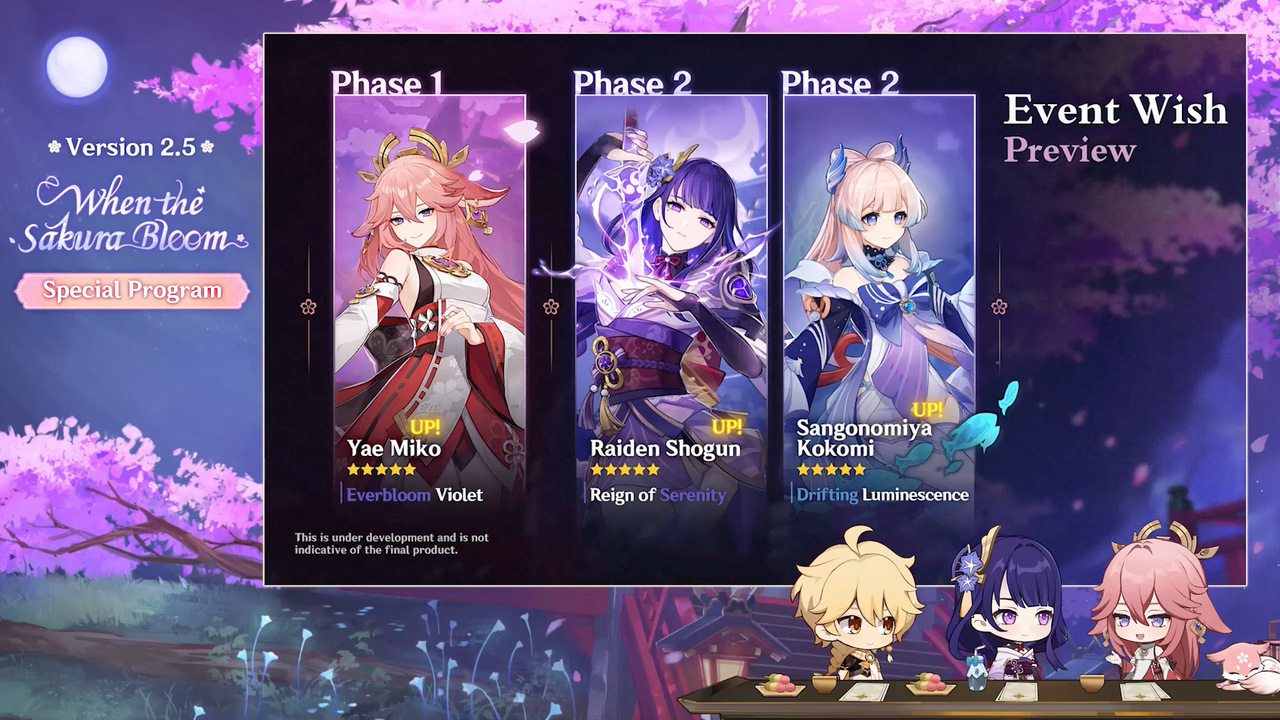 For players who are intrigued by the prospect of adding an Electro damage dealer to their arsenal, Yae Miko would presumably fit such criteria. As a character, she is designed with the intent of smiting down her enemies via the damage of her totems that she places using her elemental skill, which can be sacrificed upon using her elemental burst. This causes the fall of great lightning followed by smaller streaks of bolts depending on the number of totems destroyed just before. The high energy cost of her burst lends her well to being placed in a team with Raiden Shogun, a character known for providing energy particles to her teammate.

On the other hand, Kokomi is a Hydro Catalyst who is known for her constant hydro application, and the ability to heal her teammates via both on-field and off-field mechanics at her disposal. She makes for a good teammate in a team that is centered on the idea of freezing opponents using cryo characters, due to her ability at applying hydro on opponents.

With Raiden and Kokomi being reruns, it is perhaps less necessary to discuss the ascension and talent mats required for either. But for players who are interested in pulling for Yae and are capable of guaranteeing her arrival, it’s necessary to point out that farming her ascension materials and talent books (Teachings/Guide/Philosophies of Light) is something that can be done before her release, and should be conducted post-haste if the player intends to use her immediately upon obtaining her.