The Return of the Arataki Gang Leader. 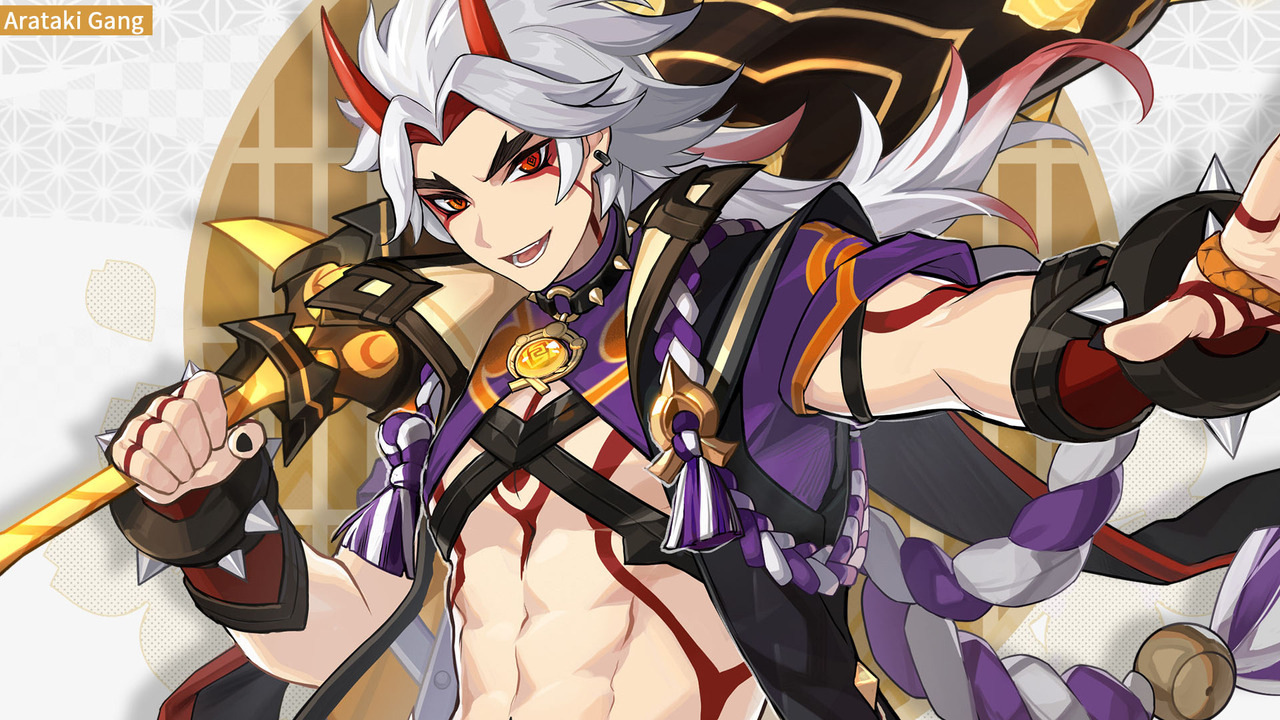 With Phase 1 of the current patch for Genshin Impact heading to a close, Phase 2 for 2.7 featuring the Itto character Banner is soon to arrive. Despite the unfortunate delay that came with the quarantine lockdown in shanghai before the release of patch 2.7, Genshin Impact is back on track with its regular six-week cycle between each patch version of the game. 2.7 came out with a slew of new content featuring new characters, progression with the main story quest, and events to keep players occupied throughout the patch cycle. This guide will discuss the Itto banner and its release date arriving with Phase 2.

The Release Time and Characters in the 2.7 Itto Banner

The Phase 1 character banners will conclude on the 21st of June, with the Itto banner most likely running from the 21st of June to the 13th of July. The 13th of July is when Patch 2.8 starts with official announcements. The characters appearing on the Itto character banner include both Itto and Kuki Shinobu, a new 4-star electro sword user, alongside two other returning 4-star characters.

Speculating based on traditional Genshin banner release cycles, banners tend to transition on a 3-week basis, with little downtime in between. Because no news was revealed on official media platforms regarding any new characters except for Yelan and Kuki, it’s fair to assume that the two other 4 star characters featuring on Itto’s banner will be characters that haven’t made a banner appearance in some time or characters that thematically makes sense. This presumption discounts the characters currently appearing in 2.7 Phase 1 banners, Barbara, Yanfei, and Noelle. 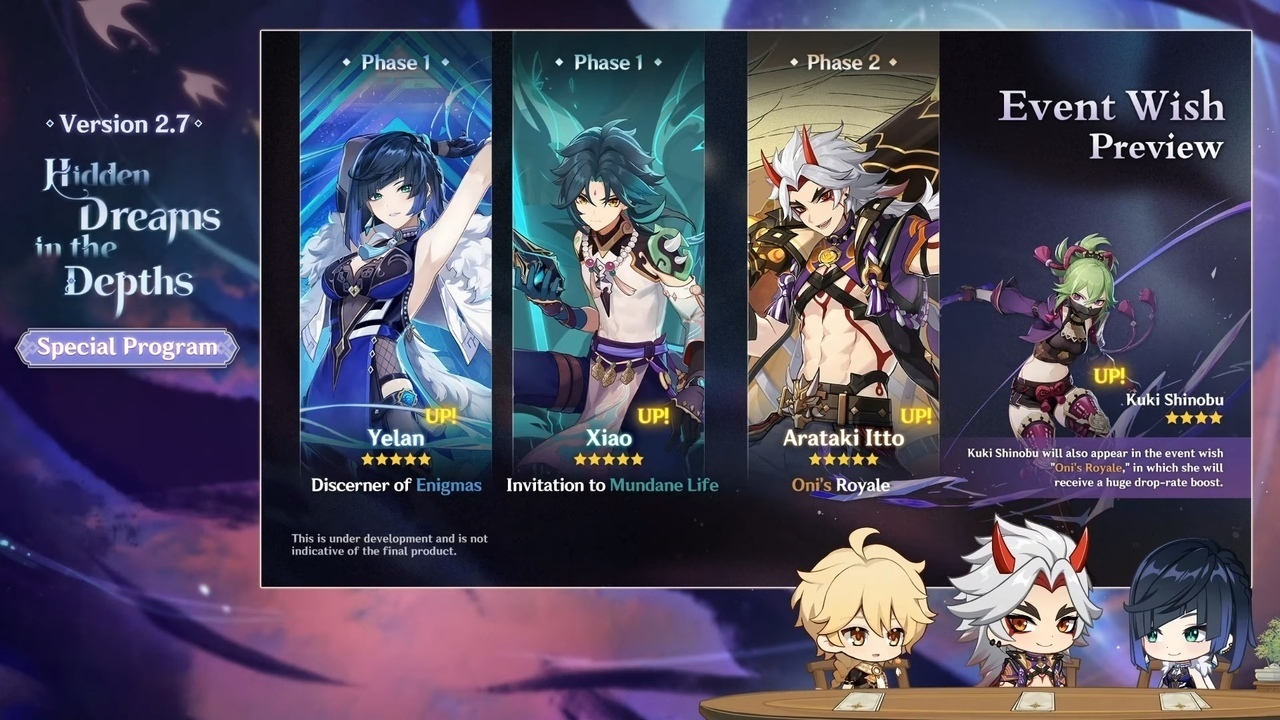 It’s hard to say what 4-star characters will reappear in the Oni’s Royale Banner featuring Arataki Itto and Kuki Shinobu. Players shouldn’t expect sudden surprises, as they’ll likely be rolling into older characters they’ve encountered before, earning duplicate copies of them. The dilemma more so lies with the fact that Itto tends to operate better in Geo-centric teams, meaning that Kuki is not necessarily a good fit as a support for him, despite the two being quite close by narrative and plot association.

Itto’s character banner came about as a result of becoming involved with the Archon quest in Genshin’s patch 2.7. Where he accompanied his deputy officer’s return to Liyue and became entangled with the events that took place under the depths of the Chasm. The Dev team wanted to prioritize bringing limited character banners back whenever the characters in question make reappearances in a story or event-related content for a patch, with few exceptions.

For players who only have an interest in rolling for Itto or Kuki, and not both at the same time, they can take solace in the fact that characters will return quicker than they expect, due to the priorities put in place for character rerun banners, and allowing two-character banners to run concurrently with one another.