The Electro Counterpart of the Regisvine Type. 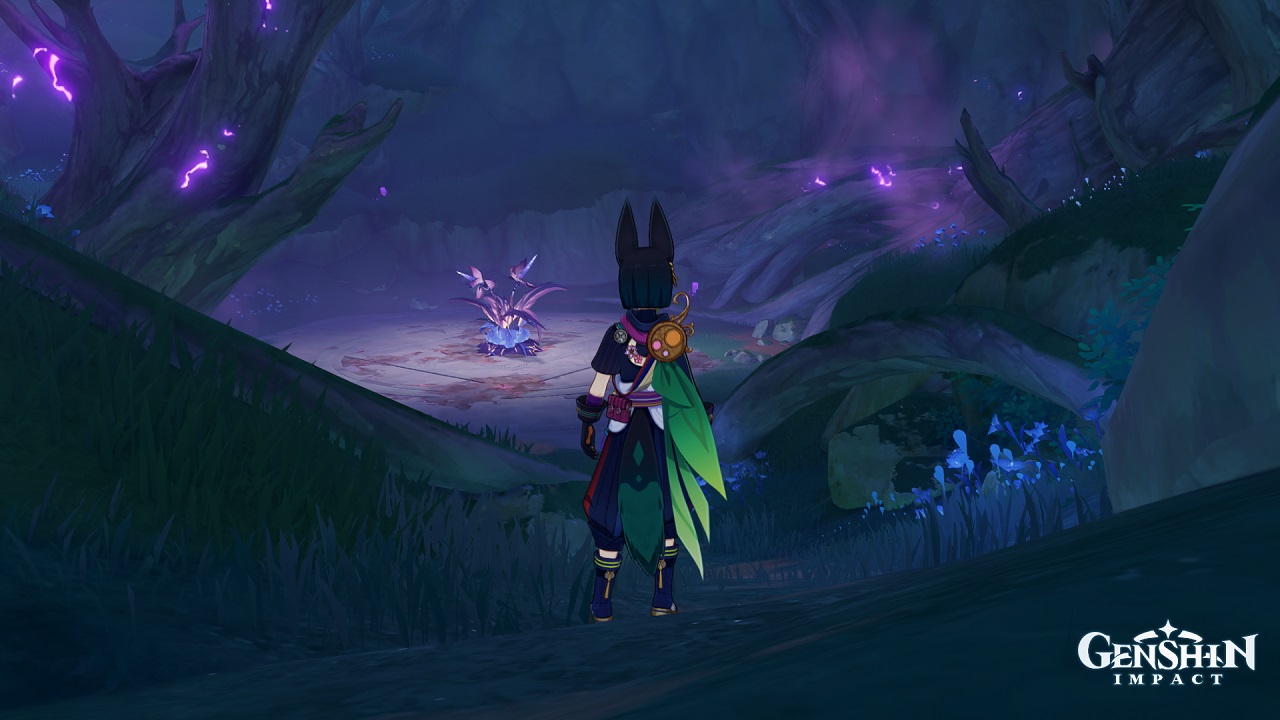 Arguably the trickiest of its plantlike brethren, the Electro Regisvine can be a headache to locate and defeat while journeying across Genshin Impact. Patch 3.0 of Genshin brought with it two world bosses, one being the Jadeplume Terrorshroom and the other the Electro Regisvine. A commonality shared between both bosses is the difficulties associated with discovering the boss and activating their nearby waypoint. In terms of game difficulty, however, the Electro Regisvine might prove a stronger foe when compared to the Dendro chicken.

Where Can You Find the Electro Regisvine in Genshin Impact?

The Electro Regisvine is found in a cave accessible from outside paths leading inward. Starting from the Sumeru Statue of the Seven located in the Lokapala Jungle and following the path leading eastward, players will soon encounter an intersection with some sculpted constructions, with a faint path covered up top by mushrooms leading right into the caves. Follow that path and the players will soon find themselves in front of the Electro Regisvine. Before fighting the Electro Regisvine, activate the Teleport Waypoint nearby to spare doing the walk from the Statue of the Seven.

The path leading into the cave and the map location for the entrance can be seen below: 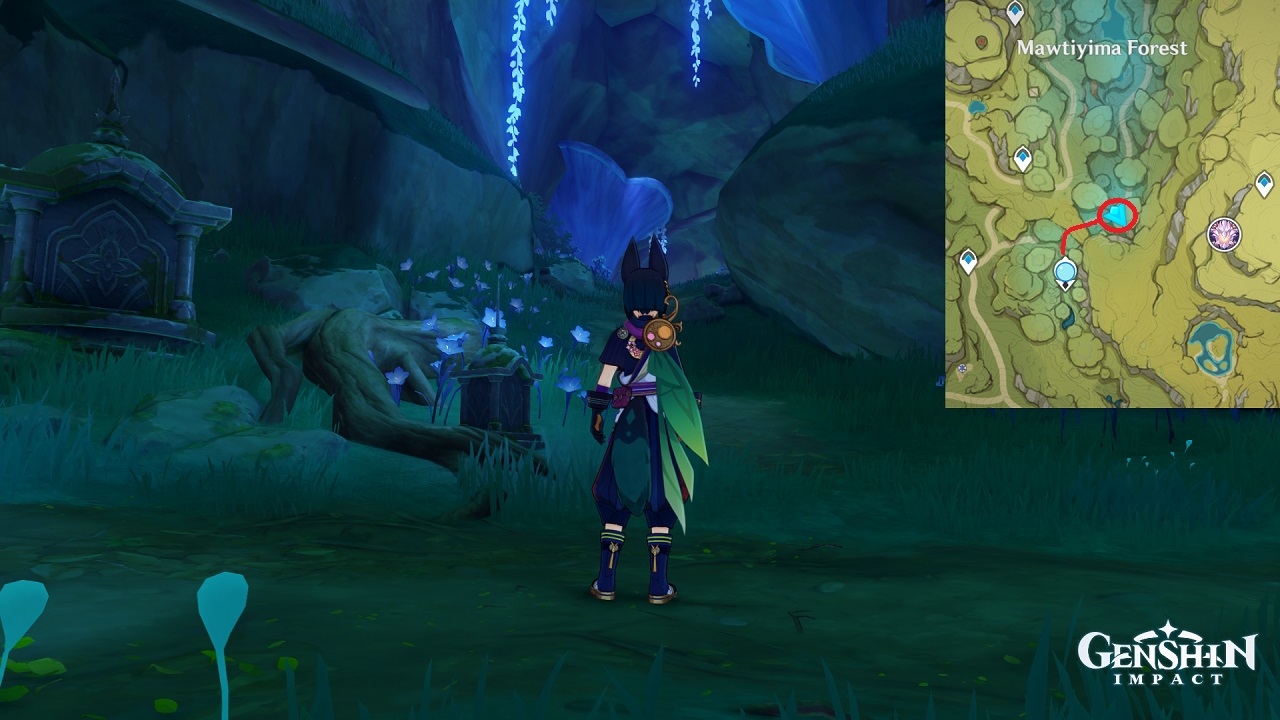 How to Defeat the Electro Regisvine and What Are the Rewards?

Like all previously encountered Regisvines, defeating the Electro variant requires breaking its energy core using elements that it is weak against. These include attacks of the Pyro, Cryo, or Dendro elements. The Regisvine rotates its energy core back and forth between the corolla and its roots periodically, meaning that players will have to switch between melee and ranged characters to have the affordance of hitting the core at all times.

Players should bring a team consisting of characters of such elements and a shielder to have the smoothest of experiences fighting the giant plant. Characters like Tighnari for example are particularly apt at the task of breaking the main core due to the numerous Dendro projectiles that follow his charge shots. A good team that comes to mind could include characters like Tighnari and Bennett, accompanied by a shielder like Zhongli or Diona. The remaining slot should go to the Main DPS belonging to the Pyro or Cryo element if possible, as Tighnari might not do enough damage by himself.

The Regisvine mainly attacks by flailing its corolla about and slamming it into the ground, creating AOE shockwaves filled with electro energy. Players will need to dodge its attacks or bring a shielder to avoid being interrupted while attempting to break the energy core. A thing to watch out for is the stamen that it will drop on the ground from time to time, if two are on the field simultaneously, the Regisvine will cause the two stamen to magnetically collide with one another, creating a large explosion that does considerable damage while healing itself at the same time.

If the explosion goes off, the Electro Regisvine will enter into an empowered state where its Core is closed off, also granting it additional attacks that it can use to devastate your team members. So keep an eye on those stamens and destroy them promptly using characters of the previously mentioned elements. Destroying the core will weaken the Regisvine considerably, lending players ample time to defeat the plant during its downtime.

The Electro Regisvine will drop the following materials upon defeat:

Though no characters need Electro Regisvine materials just yet, future electro character releases belonging to the Sumeru region will likely do so, characters like Cyno for example.