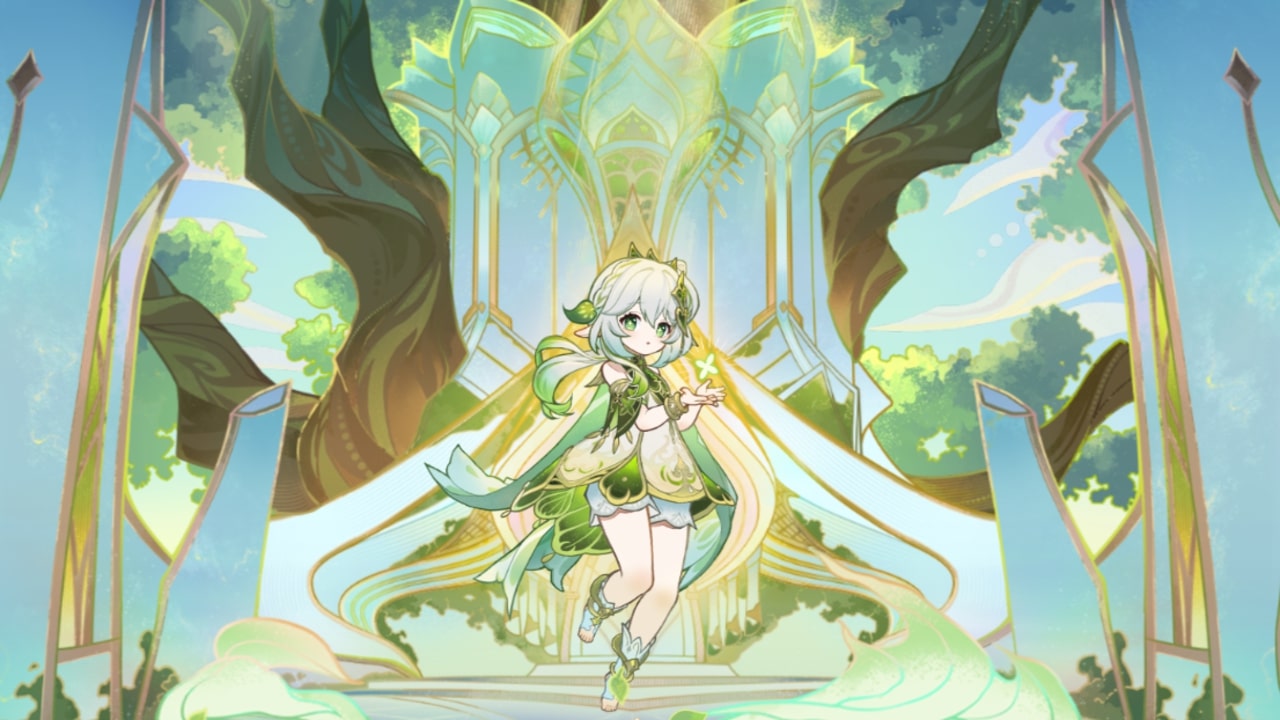 Genshin Impact 3.2 is almost here and we know the release time, the Banners, and more. The new playable character that we are getting is Nahida who is one you definitely want to save up for. Here is everything you need to know about Genshin Impact 3.2.

Genshin Impact 3.2 is set to release on Wednesday, November 2. Based on previous updates, the servers will be offline for around five hours. Here are the release times for every time zone:

As always, there are two active Banners live during Genshin Impact 3.2. One is called The Moongrass’ Enlightenment and it features Nahida, the new Dendro 5-star Catalyst user. The second Banner is called Tapestry of Golden Flames and features a rerun of Yoimiya, the Pyro 5-star Bow user. The other characters and weapons paired in these banners is not yet confirmed.

The second phase of Banners in Genshin Impact 3.2 will begin on Friday, November 18. One will feature a rerun of Yae Miko, the 5-star Electro Catalyst user and the other will rerun Tartaglia, otherwise known as Childe, the Hydro 5-star Bow user. In both of these banners, the debut character named Layla, a 4-star Cryo Sword user will have a boosted drop.

There will also be a new Banner for a new weapon. The Banner is called Epitome Invocation Banner and the weapon is a Catalyst signature to Nahida called A Thousand Floating Dreams.

During Genshin Impact 3.2, there will be five limited-time events, a new boss, and the ending of the Sumeru Archon Quest. Some of the new events are called Fabulous Fungus Frenzy where you take the new item, the Wisdom Orb, and fight and train Fungi, Adventurer’s Trials which will grant you some easy Primogems, and the Hypostatic Symphony: Dissonant Verse event which introduces the Dendro Hypostasis.

With so many new events coming to Genshin Impact with the 3.2 update, stay tuned for more details. For now, focus on wrapping up any lingering quests or getting caught up for the Sumeru Archon Quest finale.