How to Catch Chien-Pao in Pokemon Scarlet and Violet

Find where Chien-Pao is in Pokemon Scarlet and Violet, and the easiest way to capture them! 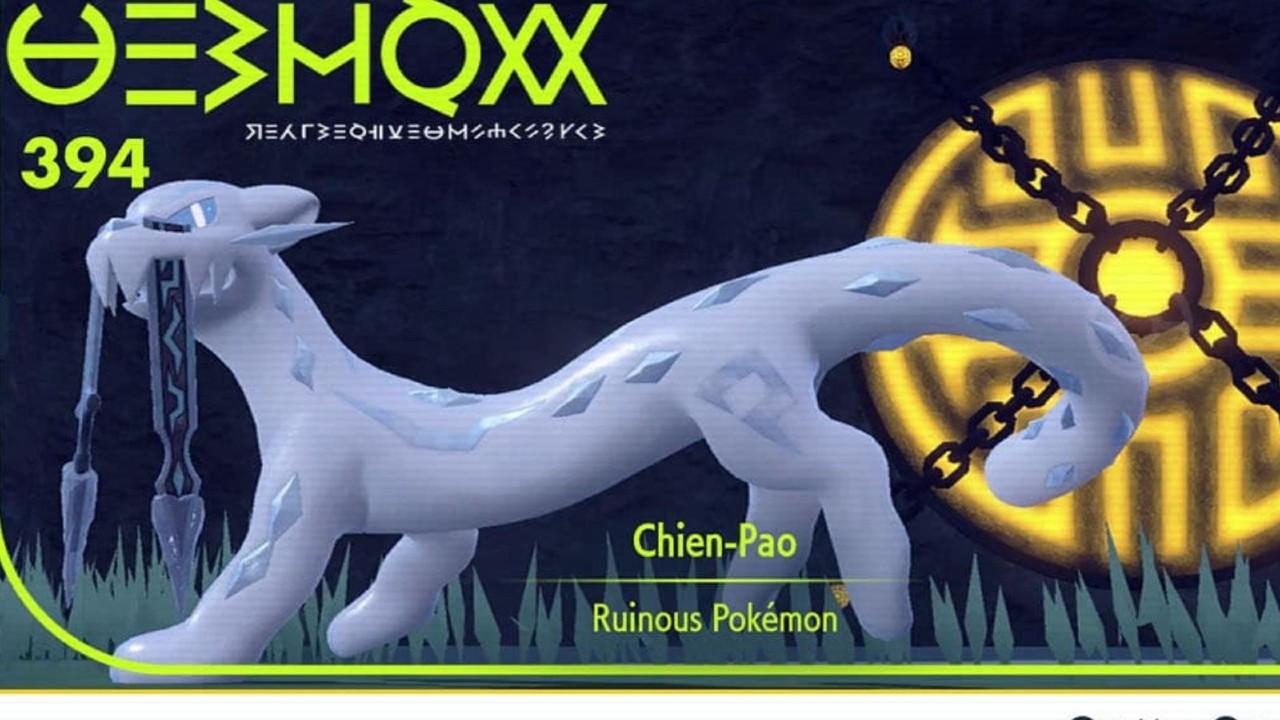 Gamers hoping to complete the Pokedex and become the champion of Paldea in Pokemon Scarlet and Violet may be running into some issues with the final four spots. Known as the Ruinous Pokemon, these special beasts require gamers to search for and remove Ominous Black Stakes before they can encounter them in their Shrines.

However, after all 32 Ominous Black Shards have been pulled, the next hunt begins: finding out where the shrines of these Pokemon lay. Trainers need to prepare for an epic battle ahead once these tasks have been completed, so find out where Chien-Pao’s Shrine is located, and the best Pokemon to bring to the battle!

Where Is Chien-Pao’s Shrine In Pokemon Scarlet and Violet

While Chien-Pao may have already been caught on this copy of the game, gamers will encounter a bright, yellow door blocking access to this particular snow leopard-inspired Pokemon. After pulling all 8 of the yellow stakes on their journey, gamers will need to make their way to the spot on the map below to begin the encounter against this ferocious beast.

Gamers that have also finished off all of their schoolwork can find the specific locations of these shrines by befriending Ms. Raifort, the History Teacher.

With this particular Ruinous Legendary, its Dark/Ice-type matchup makes it particularly weak to a specific type of Pokemon. While its incredible speed stat, alongside its special ability to reduce the defense stat of opposing Pokemon by half, makes this an intimidating foe to find yourself up against, Trainers should bring these kinds of Pokemon to the battle to ensure a victory:

While gamers may be hoping to save and shiny hunt for this particular Pokemon, it is currently Shiny Locked in the game. This means that while the data may be there, there is currently no legitimate way to unlock the shiny variant of this Pokemon in the game just yet. Maybe we will receive one as a Mystery Gift in the future?