Here's how to change the FOV in Modern Warfare 2. How to Change the FOV in Modern Warfare 2

If you are launching into the early access beta or open beta, you can change your FOV from the get-go. From the Play menu, simply press your platform’s version of the start button to open the right panel. Once there, scroll over to Settings and down to Graphics. 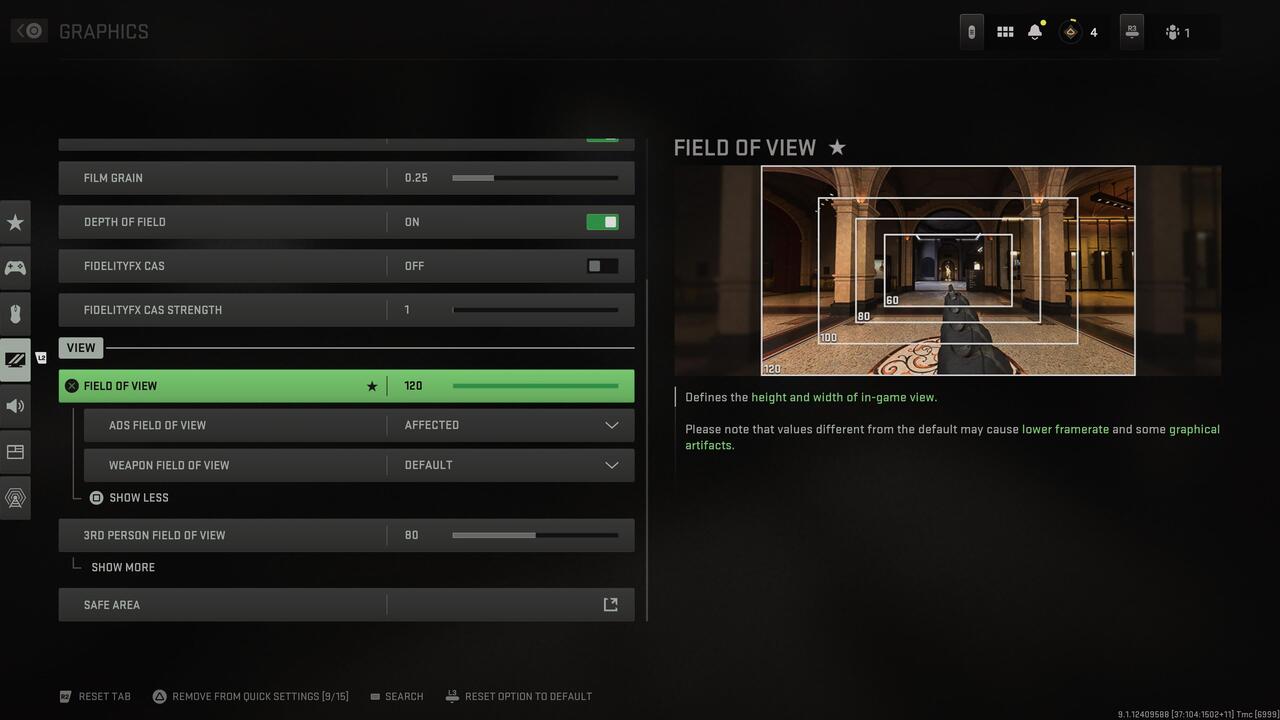 Now that you are at Graphics, scroll down to the View section. Here, you’ll see the Field of View slider. There is a helpful display on the right side of the screen to help you determine what FOV you would like.

You can also press Show More to change if your chosen FOV changes ADS or not and also how much space your weapon takes up on the screen: Narrow, Default, or Wide. You can also adjust the third-person FOV, but third-person matches aren’t in the Modern Warfare 2 beta yet.

If you aren’t sure what FOV you like best, you can add the FOV slider to your Quick Setting so that you can access it easily without having to dig in the Settings menu. We recommend playing somewhere between 100 and 120 as that will give you the best view of your surroundings.

Servers are often down in live service games, and CoD: Modern Warfare 2 is no different. Like most modern FPS titles, you can also learn how to slide and dive in the newest CoD entry.