How to Craft Earthquake (TM149) in Pokemon Scarlet and Violet

Strike every Pokémon on the field with Earthquake 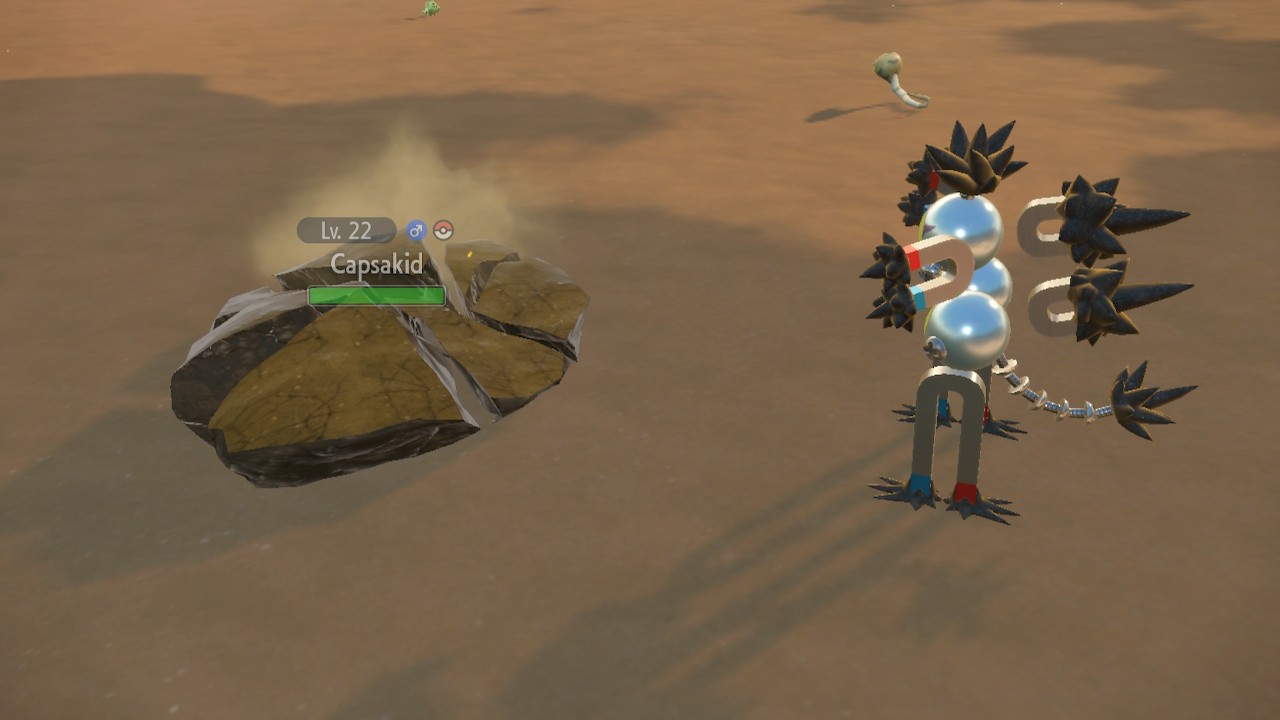 Earthquake has been an iconic move in the Pokémon franchise since its debut in Pokémon Red and Blue, sitting among the playground classics such as Hyper Beam and Flamethrower. A physical Ground move with 100 Power, 100 Accuracy, and the ability to damage all Pokémon on the field, TM149 Earthquake is definitely a TM you’ll want to craft in Pokémon Scarlet and Violet, and here’s how.

Where to Find TM149 Earthquake in Pokémon Scarlet and Violet

Before you can craft Earthquake in Pokémon Scarlet or Violet, you’ll first need to obtain it. Fly to the North Pokémon Center in Cascarrafa. Talk to the Pokémon League Representative (the smiling man in the suit) nearby. He will give you the TM for Earthquake if you have defeated at least three trainers in Asado Desert, which is directly behind Cascarrafa’s Pokémon Center.

How to Craft Earthquake in Pokémon Scarlet and Violet

Once you’ve obtained an Earthquake TM, you can craft as many as you would like at a TM Machine found in every Pokémon Center throughout Paldea. Crafting Earthquake will cost the following materials:

TM Materials can be obtained by catching or defeating the Pokémon in the relevant materials name, or any species in its evolutionary line. The easiest way to obtain TM Materials is by using the Let’s Go feature to auto-battle the Pokémon you need. In Earthquake‘s case, that’s Phanpy, Diglett, and Barboach.

Phanpy, and its evolution Donphan, can commonly be found in packs throughout Asado Desert. A single pack should get you the five Phanpy Nails you need to craft Earthquake. Phanpy can also be found in South Province (Area 2 and 4), West Province Area 4, and 2 Star Tera Raid Battles.

Interestingly, Dugtrio appears to be more common than Diglett itself. Since Dugtrio is Diglett‘s evolution, they will still drop the Diglett Dirt needed to craft Earthquake. Dugtrio can be found throughout the barren areas of East Province (Area Three). If you’re still looking to add Diglett to your Pokédex, they can be found in Alfornada Cavern, Asado Desert, South Province (Area Two), Inlet Grotto, and 2 Star Tera Raid Battles.