How to Earn the Destiny 2 Savior Title

Fast track your way to Savior with this guide to the Dawn Seal. 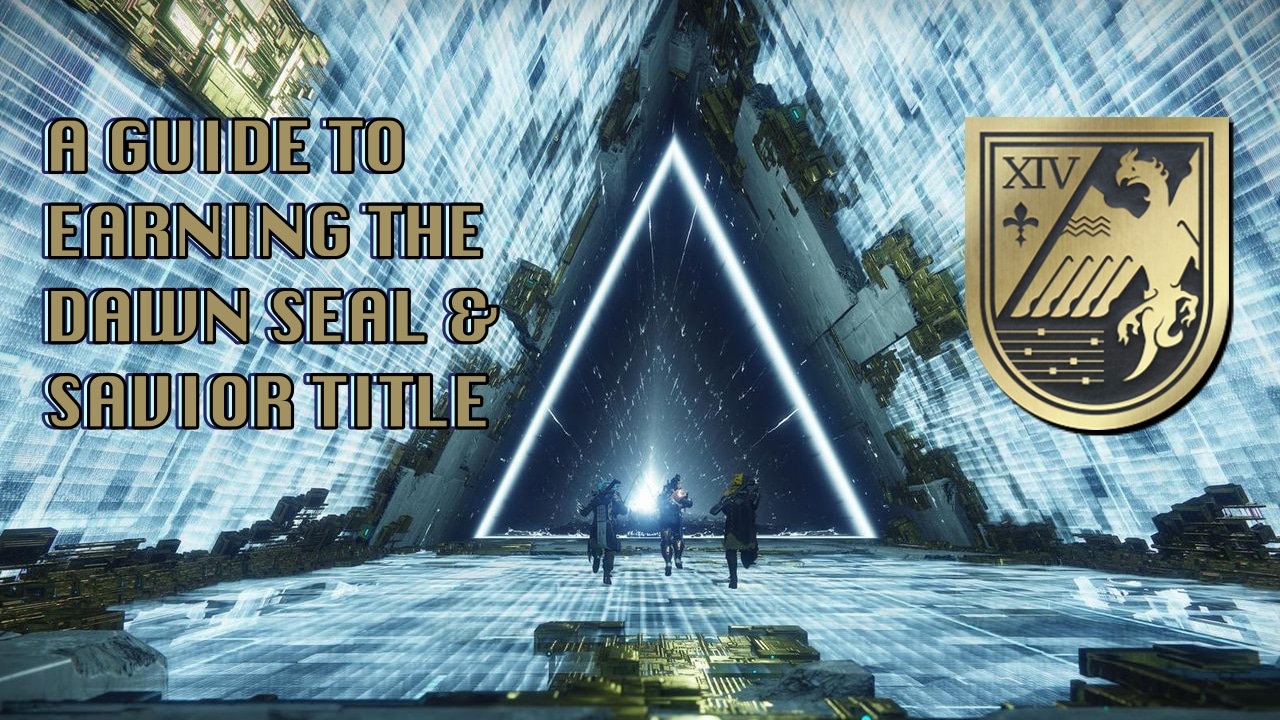 So, you want to earn the Destiny 2 Savior Title?

You’re not alone. As the Season of Dawn begins to wrap up, many Guardians are in pursuit of the Destiny 2 Savior Title and Dawn Seal. If you’re among them, you’re in luck, because not only is Season 9’s title much easier to obtain than last season’s, but this comprehensive guide will also help you to expedite the process. This guide covers all 15 Triumph requirements (or 28, if you count each notch on the Resonance Triumphs and the Season of Dawn Badge). 5 of these are Secret Triumphs revealed.

In order to receive the Savior Title, all of the following Triumphs must be completed and claimed by the season’s end on March 9th, 2020. To check and claim your progress, go to the Triumphs screen in your game, then proceed to the Dawn Seal on the bottom left of the screen.

If you’ve been participating in the Empyrean Foundation event, chances are, you’ve already earned all or most of the first five obelisk Triumphs. In fact, completing the first four Triumphs guarantees the completion of the fifth. However, if you haven’t been participating in the Empyrean Restoration, check out this guide as you’ll also need it for the last Secret Triumph, Torch Bearer. Additionally, your participation in the event will help the Destiny 2 community. What’s not to love about that?

As for the Flayer Slayer and Inotam’s Ruin Triumphs, defeating Inotam alone satisfies the former Triumph, as Inotam (as Oblivion’s Triune) is comprised of the three Flayers you must kill for that Triumph. Race Through Time will most likely also be completed with these Triumphs, as 14 minutes is usually more than enough time for a Sundial run. For Legendary Psion, it’s best to have a fireteam that knows what they’re doing, but you’re going to want to help them out for this one, unlike with Undefeatable, where you’re probably best off just hanging out in the back, guarded from enemies that will kill you with ease if you’re not careful.

When it comes to the Secret Triumphs, the Bastion and Devil’s Ruin guides embedded next to each Triumph above will get you through those. Earn the Saintly Savior Triumph after completing the “An Impossible Task” quest. You’ll earn the Link Repair Triumph when you link each of the four global obelisks (Nessus, EDZ, Tangled Shore, and Mars) to the Tower Obelisk, which will greatly aid you in this last month as Guardians continue to donate to the Empyrean Restoration effort. Only once the season is complete will you receive the Torch-Bearer Triumph and emblem, as long as you donated at least 5,000 Polarized Fractaline to the Tower Obelisk.

If you’ve already completed all of the requirements of the Season of Dawn Badge, then that’s that for you, Guardian — you’ll receive your Savior Title and Dawn Seal at the end of the season. Until then, happy grinding!

Home / Game Guides / How to Earn the Destiny 2 Savior Title