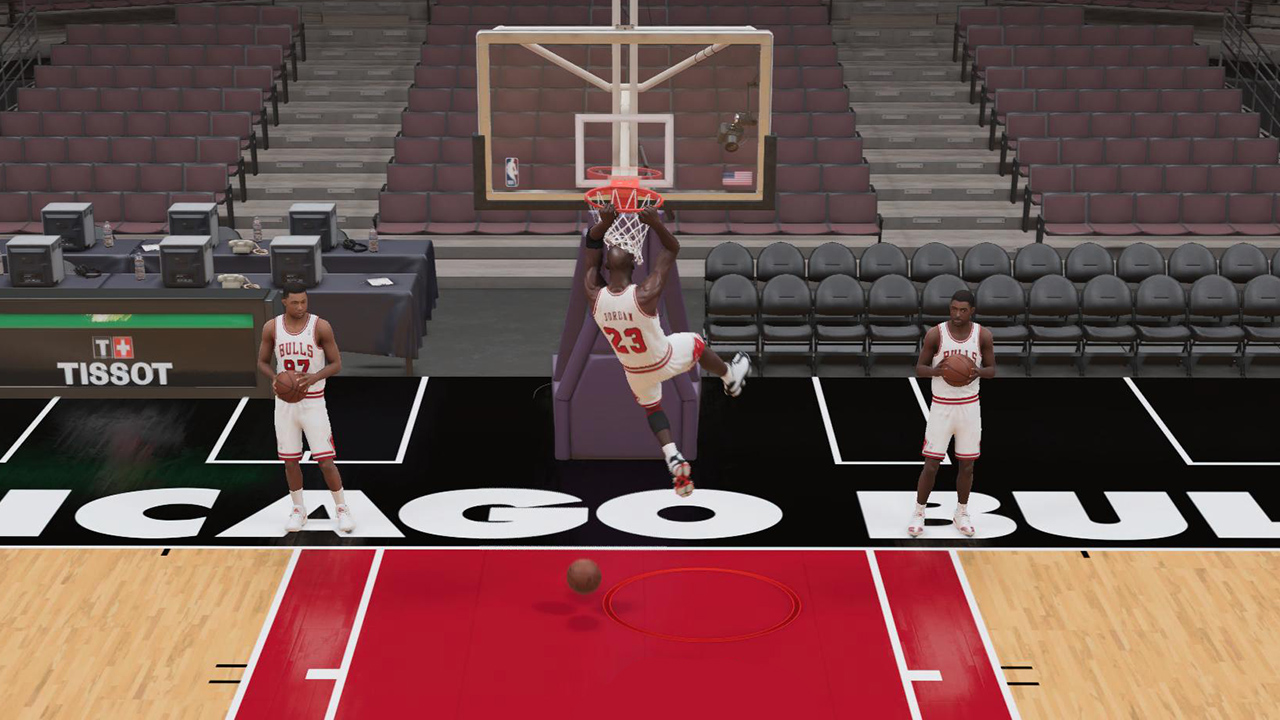 As every fan knows, only a few things on NBA 2K23 are as satisfying as performing a dunk, many of which can be fully customized on the fly by simply changing your input. With that said, in order to add even more flair and power to your dunks, the game gives you the ability to awaken the Shaquille O’Neal on you by hanging on the rim. But how can you do that? Now, in order to answer that and more, here’s how to hang on the rim in NBA 2K23.

You can hang in the rim after a dunk on NBA 2K23 by first running towards the basket and then holding the right directional stick down to dunk the ball with two hands. Once you perform the move, keep holding the stick down to hang on the rim. You can run on PS4/PS5 by holding R2, while Xbox One/Series s/X and Nintendo Switch players can do that by holding RT and ZR respectively.

To recap, here’s how to perform Hang on the Rim Dunks on NBA 2K23:

Now that you know how to hang in the rim after a dunk on NBA 2K23, don’t forget to also check out how to complete coach drills, how to unlock all the jump shots, as well as the answers to all the questions featured as part of the quest ”The Classic’.

You can play NBA 2K23 on PlayStation 4, PlayStation 5, Xbox Series X/S, Xbox One, Nintendo Switch, and PCs. You can check out our review of the title here.