How to Unlock New Attachments in Modern Warfare 2

Check out how to get new attachments in Call of Duty: Modern Warfare 2 Call of Duty: Modern Warfare 2‘s Gunsmith mechanic allows players to fully customize their weapons from the barrel all the way to the rear grip. But, although you will be able to unlock the functionality very early, you will need to work a little harder if you plan on unlocking all customization slots and attachments. To allow you to bring the most out of your favorite weapons, here’s how to unlock new weapon attachments in Modern Warfare 2.

How to Unlock New Attachments in Modern Warfare 2

Weapon attachments have always been the bread and butter of Call of Duty games, and in Modern Warfare 2, customizing is better than ever.

The way to unlock new attachments for your weapon in Call of Duty: Modern Warfare 2 is by leveling up a specific gun, as each level gained will reward you with a different attachment. Though there are Weapon Platforms that allow you to unlock attachments for all of the guns in a particular family, you’ll still need to level up the weapon to unlock the attachments.

You can check out an example of it in the image below, which showcases some of the attachments that can be unlocked by leveling up the M4 Assault Rifle. 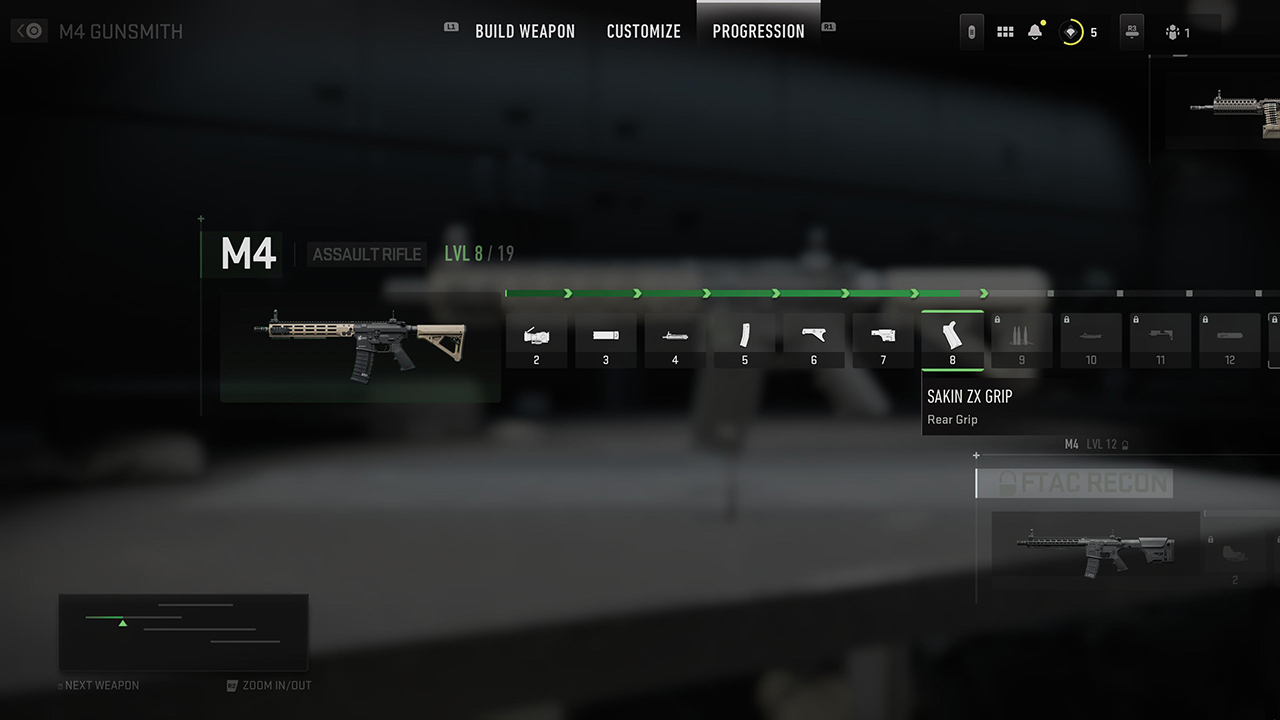 It is important to point out that after leveling up a gun to a certain point you will be able to unlock new receivers/weapons, each featuring its own attachment tree. You can check out all unlockable attachments, as well as all unlockable receivers by going to the Armory, selecting your weapon of choice, and then heading to Progression.

How to Unlock New Weapons in MW2

Gaining levels in the game will also reward you with stickers, perks, equipment, new killstreaks, and field upgrades. You can check out which level will unlock each weapon by opening your profile tab and then going to Progression.