Check out how to unlock the Suppressor in Modern Warfare 2 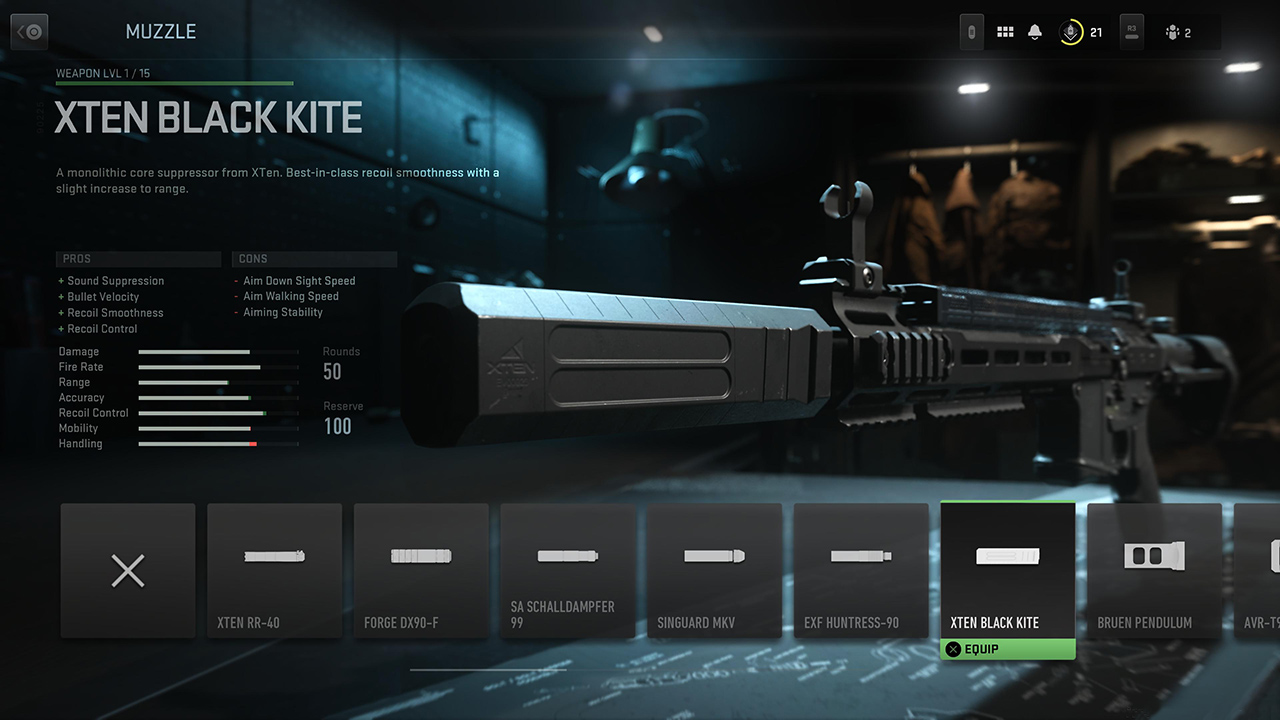 In Call of Duty: Modern Warfare 2, players are able to fully customize their guns, thanks to the game’s improved Gunsmith mechanic. With that said, among the list of available attachments, the Xten Black Kite Muzzle can be considered one of the best stat-wise, thanks to its ability to provide a great increase in Recoil Control, while also increasing your weapon’s Range and Accuracy. But how can you unlock the Xten Black Kite Muzzle Suppressor in Modern Warfare 2?

Unfortunately, it is currently not possible to unlock and equip the Xten Black Kite Muzzle Suppressor in Modern Warfare 2 when outside of Private Matches. But that does not mean that the muzzle attachment is alone, as players are also currently unable to unlock the Bruen Warrior Grip, the Edge-47 Grip, the Slimline Pro-Optic, the Cronen OP44 Muzzle, and many other high-tier attachments in the game.

Why is the Muzzle Not Available?

The exact reason for the unavailability of the many attachments is still a mystery. But many players in the community guess that they are either unlockables for removed weapons, which did not make it to the launch version of the game. Or attachments set to be unlockable through upcoming weapons, set to debut either together with Warzone 2 or through other updates.

As you can check out in our site’s release schedule, Call of Duty Warzone 2 is set to debut on November 16, 2022. The game is set to feature improvements when compared to the original Warzone, as well as the debut of new mechanics implemented on MW2, such as the ability to engage in combat underwater.

You can currently play Call of Duty: Modern Warfare 2 on PlayStation 4, PlayStation 5, Xbox One, Xbox Series X|S, and PC.