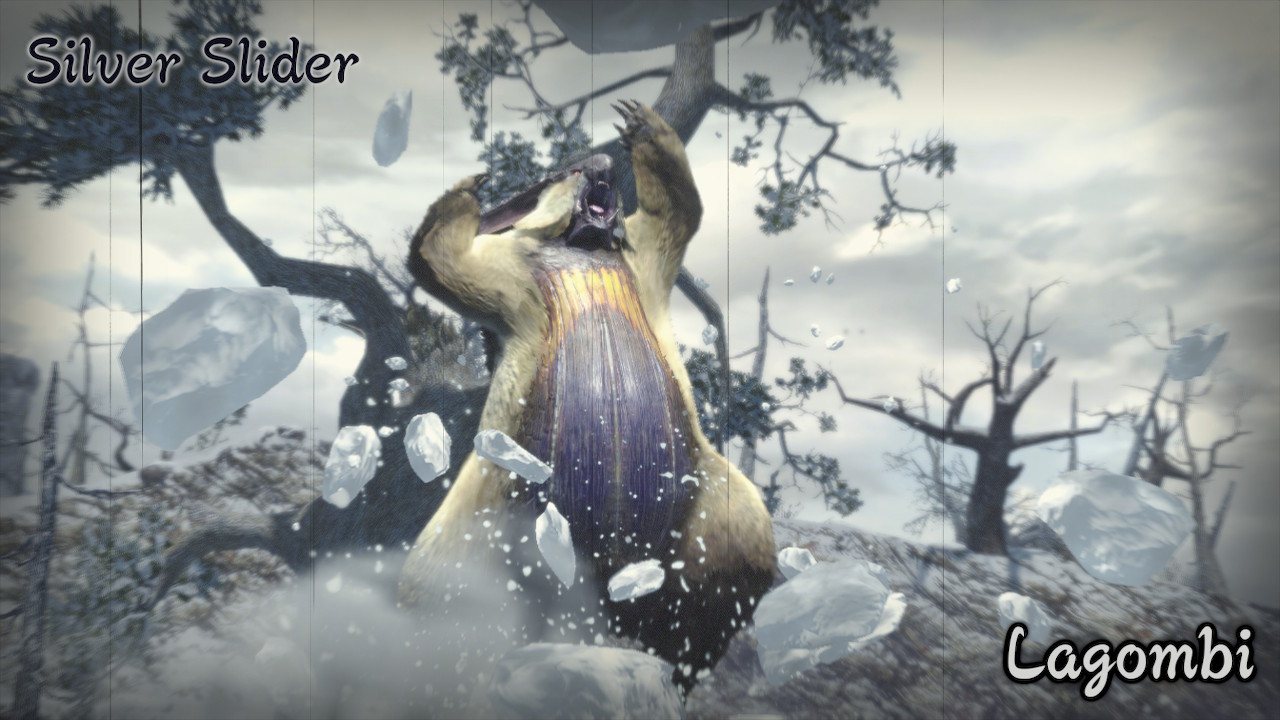 If I were to decide which of the monsters in Monster Hunter Rise is the first challenging one, it would be Lagombi. Out of all the low threat monsters found early in the game, this is the one that is the most unpredictable, with some surprisingly tricky attacks.  The oversized Silver Slider is a challenge for someone who is new to the series, so let’s take a look at its kit and how we can beat him.

How to beat Lagombi in Monster Hunter Rise

Long ears, thick fur and a short temper, this is a rabbit alright. A big one that is, focusing on literally ‘sliding’ its way to victory, and throwing snowballs. This is Lagombi, the first Fanged Beast you find in the snowy fields of Snow Islands. 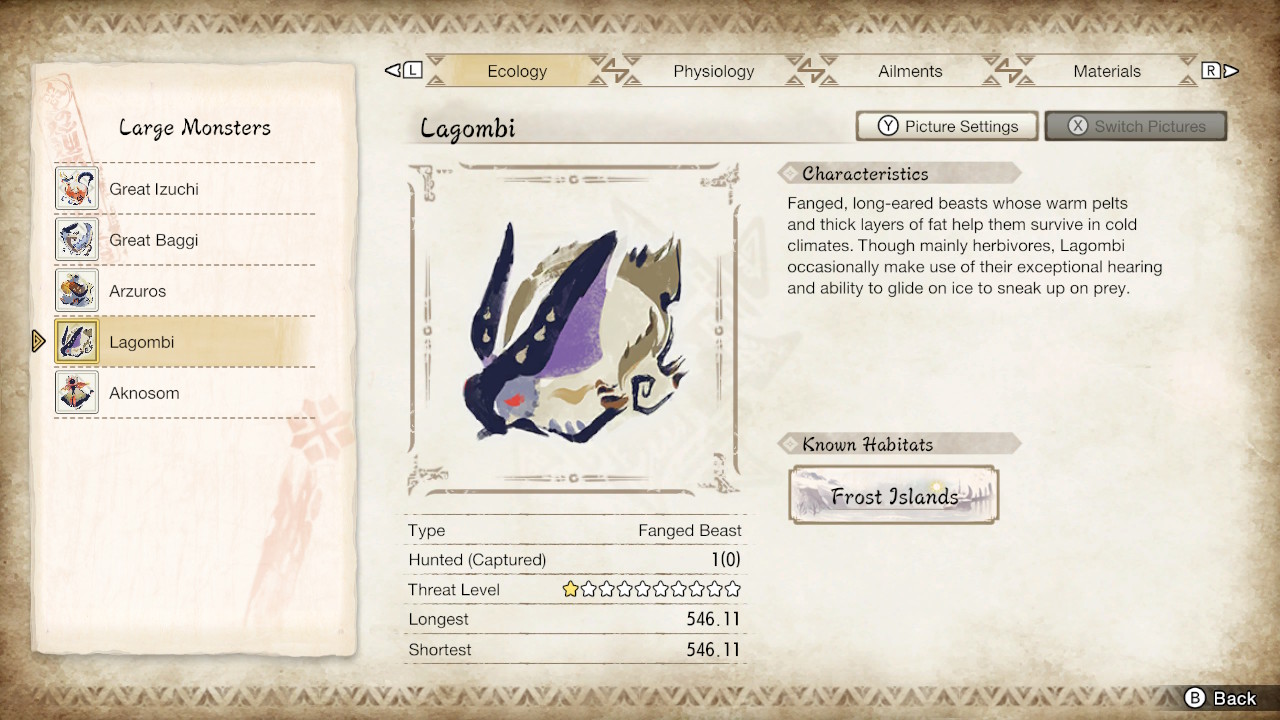 The Lagombi is an interesting monster in Monster Hunter Rise. Well, it always has been even since its debut years ago, but to see it in RE Engine so alive and expressive, it’s really something. It’s a big bunny that throws snowballs and slides on its belly to charge you from far away. I mean, you don’t see that often in video games, especially in one where you hunt creatures to take their scales and parts to craft new armor and weapons.

In any case, don’t take me wrong, Lagombi is a fighter. A tough one as well, with a variety of moves, hence why I mentioned it can be the first real challenge for a newcomer. Besides its regular attacks of arm swipes and running tackles, it can throw massive snowballs that hurt a lot, and are way faster than they should be. It can easily score a K.O if it catches you off-guard from afar, so don’t feel safe just because you have some distance from it. Especially considering its other signature move, the sliding charge. Lagombi takes a four-legged position, and after a couple of seconds it literally slides through the field to attack you. This is a fast, hard hitting attack so make sure to avoid it by either using the Wirebug, or simply dodging sideways. In case you have an Insect Glaive equipped, vaulting high in the air can also do the trick. 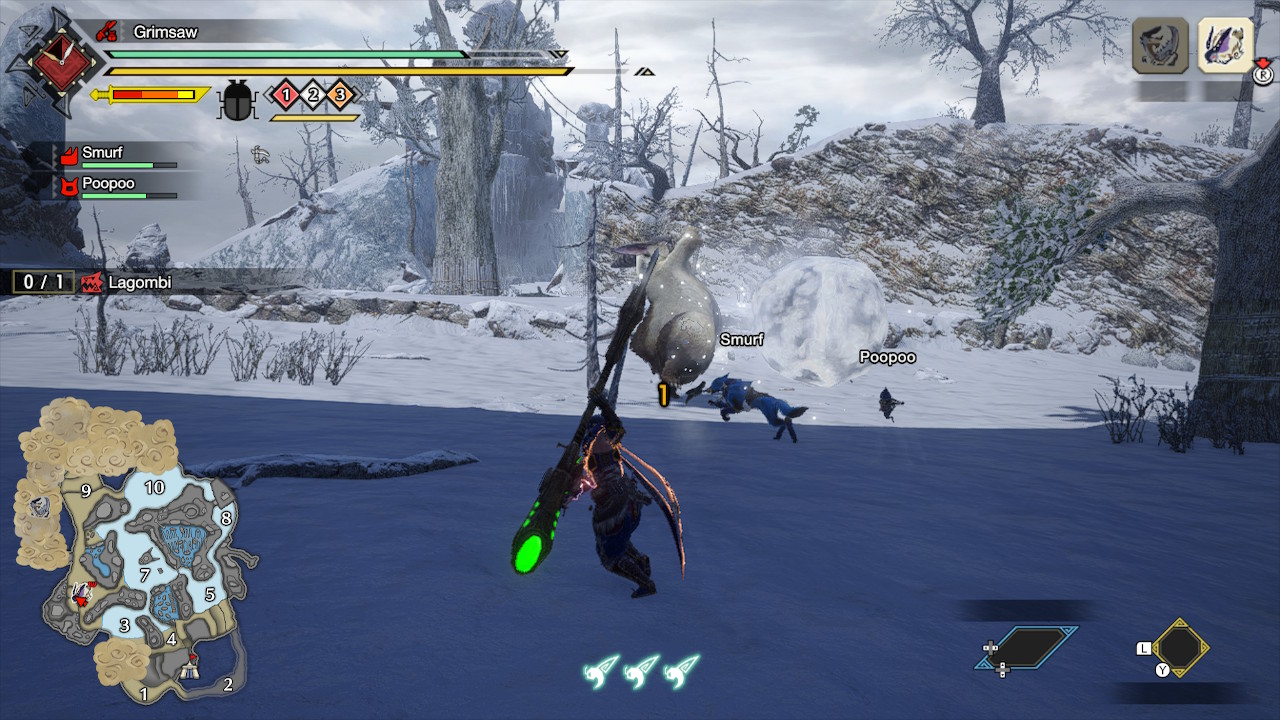 Another one of its moves that you need to watch out for, is its backwards jump. It is very often you will attack Lagombi to its back, for a couple of reasons. Mostly due to one of the vulnerable spots being there, and in order to avoid its frontal attacks. So, if you end up doing so, make sure to keep an eye out for its jump to the back, as it can make you stuck in the ground acting as a knockback of some sort. This leaves you completely vulnerable, therefore it it highly suggested to try and avoid it.

Much like Arzuros, another Fanged Beast similar to this big rabbit, the Lagombi has a lot of status vulnerabilities and is susceptible to Fire. Carrying a fast weapon like the Sword and Shield and Dual Blades, is the optional way of handling it. Also, due to its long ears, Lagombi can’t really endure loud noises. For this reason, Sonic Bombs work exceptionally well against it, causing it to flinch when one is used. This also works when it is sliding, as a well-timed Sonic Bomb can topple it, leading to big amounts of free damage. Be careful though to not use any when it is enraged, as these bombs won’t affect it at all. That’s a temper alright.

This concludes everything as to how to beat a Lagombi. If you are having trouble with it, just make sure to learn its attack animations and patterns. Anticipating its snowballs and slides is the key to winning this fight, so go out there and practice. It’s hunting season!