Get ready to Bug Out with this new Pokemon GO Event! 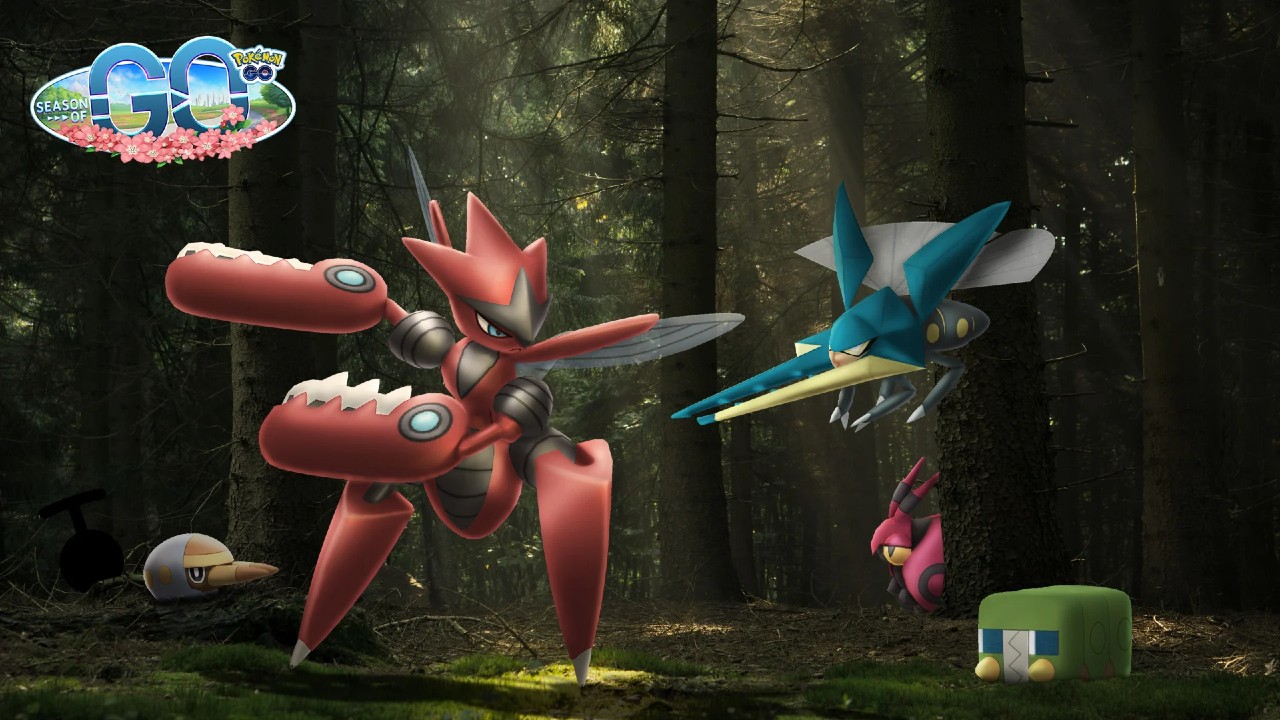 If you’re a fan of Bug-type Pokemon, you aren’t going to want to miss the newest Pokemon GO event that is right around the corner. You’ll see your favorite type have a chance to come out of the woodwork, alongside some new monsters making their way into the game. You won’t want to put on your bug spray before this starts!

Which Pokemon are making their debuts, and what kind of exciting things do we have to look forward to during the upcoming Bug Out! Event? Let’s take a dive into the woods, and see what kind of bugs we can find in the wild!

If you’re looking to get your hands on plenty of new and old favorites, you’ll want to make sure that you’re prepared for this event when it goes live on August 10th at 10:00 AM, running until August 16th at 8:00 PM Local Time. Making sure that you have plenty of Pokeballs will be key, especially if you’re a big fan of all things creepy-crawly.

You’ll also get an extra x2 XP for Nice Throws, Great Throws, and Excellent Throws, so make sure that you’re practicing your curveballs to get the most out of all of your catches! Thankfully, you don’t need to nail a curveball to still get one of these enhancements, but you’ll have a higher chance of catching Pokemon if you do throw one.

New Pokemon In Bug Out! Event – Can They Be Shiny?

Making their debut in the game are Grubbin, Charjabug, and Vikavolt, so fans of the Electric/Bug-type can get their hands on these feisty little guys sooner than later. You’ll need to use 25 Grubbin Candy to evolve Grubbin into Charjabug, and 100 Candies and a Magnetic Lure Module to evolve into their final form, Charjabug.

Can any of these new Pokemon be found as a Shiny in the game? Unfortunately, they currently do not have a Shiny Variant but don’t fret, as new Pokemon added into the game rarely come alongside their shiny. They will most likely be added in at a later date, so you’ll be able to hold onto your candy for a while if you happen to want a Shiny Charjabug in the future.

You’ll also finally be able to Mega Evolve your Scizor in the game, and they will also be able to be Shiny, as Scizor currently does have their Shiny Variant in the game. You’ll need to work on different ways to earn some Mega Scizor Energy, but as you work through different tasks in the game, you’ll likely be able to get your hands on some quickly.

Spawns During The Bug Out! The event in Pokemon GO

If you’re looking to get your hands on plenty of Bug-type Pokemon, there has never been a better chance to do just that. You’ll find enhanced spawn rates for many different insects in the game, so make sure you’re keeping your eyes peeled for these little buggers. You’ll also be able to find plenty of shiny Pokemon, who will have their names bolded if they have a chance to be caught this way:

Raids In Bug Out! Event

If you’re wanting to showcase your power against many different Bug-types for a chance to add some new monsters to your team, make sure that you’re ready and prepared for the Raid Battles that will be taking place, with plenty of exciting ‘mons ready to take you down a peg or two. Featuring a few powerful fan favorites, you’ll need to make sure that you’re ready to bring the pain.

If you’re a big fan of Scolipede, you’ll be happy to know that they are getting their fair due and getting a Shiny Version with this upcoming update. Not only that, but you’ll be able to find Shiny Venipede and Whirlipede in the wild, so you’ll be able to complete your Shiny hunts in style. Make sure that you’re keeping your eyes peeled for a Brown Venipede, instead of their bright red normal version.

If you and your friends are ready to get out into the world and start catching some new Bug-type Pokemon, make sure that you’re ready to take on the newest Collection Challenge, which will task players all around the world to catch a specific number of Bug-Type Pokemon. You’ll want to make sure that you’re checking out who you need to get, so you can get your hands on the Bug Catcher Pose, and an additional 15,000XP to push you to the next level.

And that’s all there is to know about this upcoming event! Make sure that you’re as ready as possible by bookmarking our Pokemon GO Guide Section, where you’ll find everything from the current Field Research Tasks and Rewards, information about upcoming Spotlight Hour events, and how you can use Daily Adventure Incense for a chance to get your hands on some Rare Legendary Birds!