Pokemon Sun & Moon Guide: How to Get Cosmog & Evolve to Solgaleo or Lunala

The latest news in the world of video games at Attack of the Fanboy
November 23rd, 2016 by William Schwartz 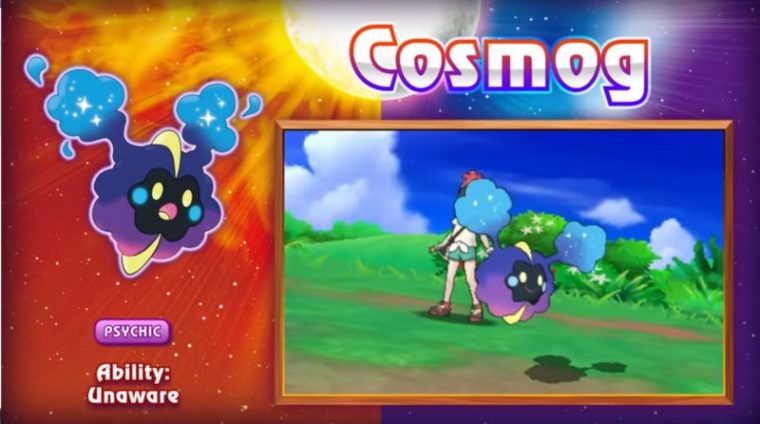 Cosmog is a psychic type Pokemon that is necessary to evolve into Solgaleo or Lunala, the most sought after Pokemon in Sun & Moon.  So where do you catch Cosmog?  Well, it’s not quite as simple as going to a specific place, you’ll need to spend plenty of time playing the game.  First and foremost, you have to complete the game and become champion of the Alola region. 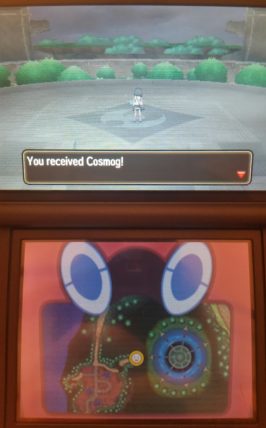 After you’ve completed the main storyline of the game, you’ll need to return to either the Altar of the Sun or Moon.  Near the altar, there will be a portal.  Head into this portal to reach the Lake of the Sun or Lake of the Moon (depending on which version of the game you are playing).  Head to the platform nearby, which will trigger a cutscene that adds Cosmog to your collection.

Cosmog starts off as a relatively weak Pokemon, but leveling them can turn them into one of the most powerful ones in the game(s).  Cosmog can be evolved into a Cosmoem, and then ultimately leveled into a Solgaleo or Lunala.  The Cosmog can only be caught by players once per game.

Whether Cosmog evolves into Solgaleo or Lunala depends on whether you’re playing Pokemon Sun or Pokemon Moon.  Having trouble finding other Pokemon?  Check out our Pokemon Sun & Moon Guides for Pikachu, Pichu, Rockruff, and Muchlax.

Home / Game Guides / Pokemon Sun & Moon Guide: How to Get Cosmog & Evolve to Solgaleo or Lunala