The Best Moveset for Deoxys in Pokemon GO

Can't wait to get a Deoxys on your team? Find out what moves you should pair with them to make them the best they can be! 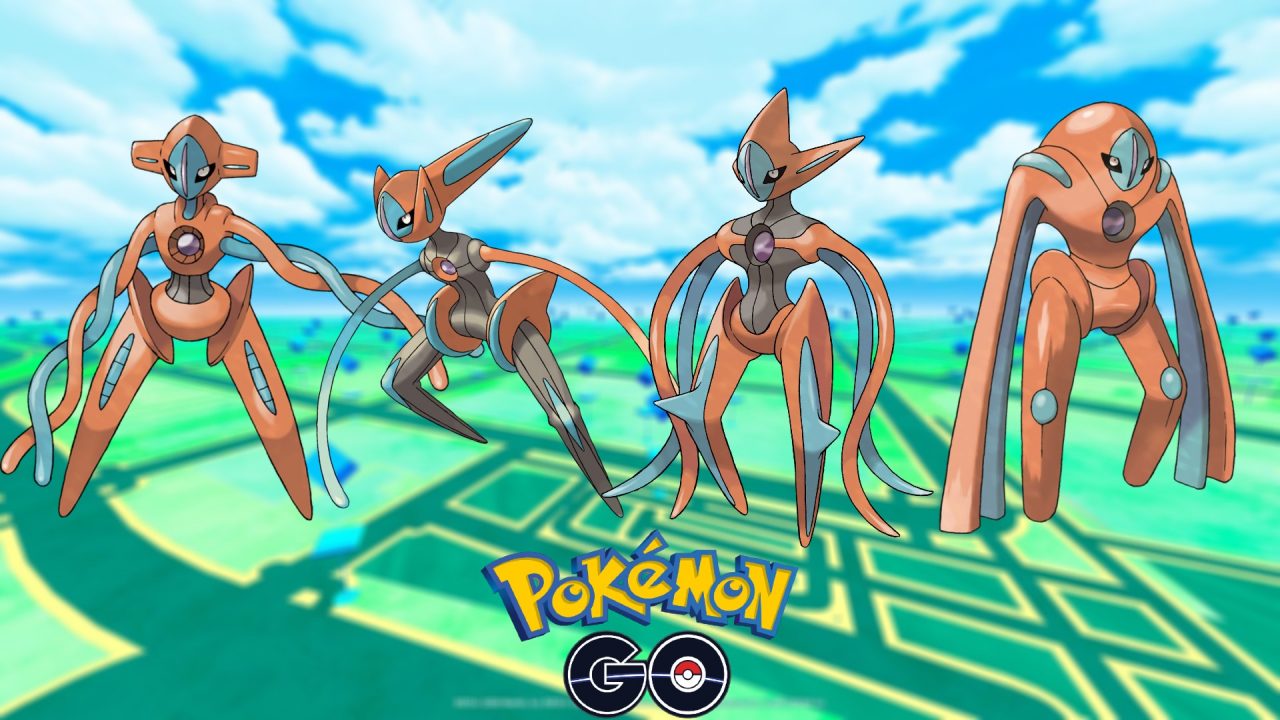 If you’re looking to get your hands on a very powerful new Legendary Pokemon in the world of Pokemon GO, you’re going to want to do whatever possible to find and defeat Deoxys when they start showing up all over your neighborhood. Thankfully, you’ll have a fair amount of time to do that, once they start popping up as a 5-Star Raid.

However, if you want to make sure you’re utilizing their unique potential to its full capability, we’ve got you covered. We’ll be going through the best attacks and moves that you can give your new favorite Legendary monster, for each of their unique forms. Sit down and settle in, and get ready to learn about the best movesets for each form of Deoxys in Pokemon GO! 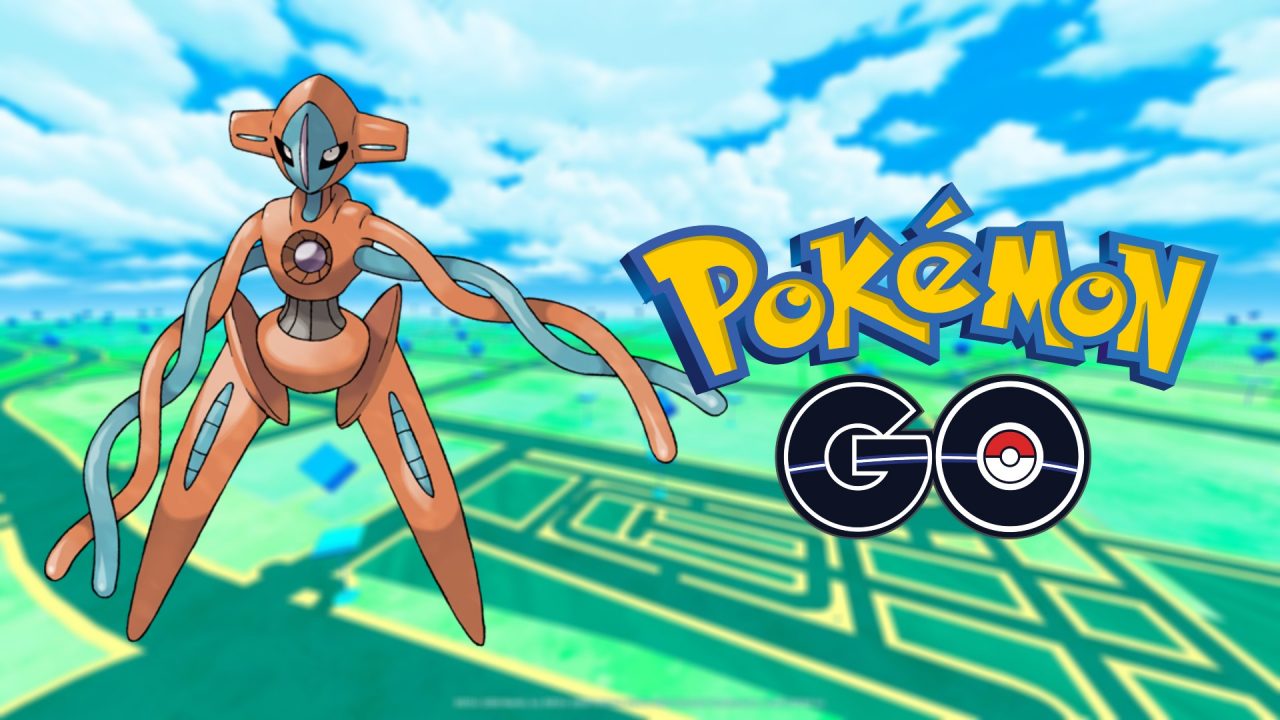 Being the most well-rounded of the group, you’ll still find that there is immense power lying within this excellent monster. You’ll be able to utilize its psychic abilities to their full potential, and with a varied moveset, you’ll be able to cause some massive damage. Here’s what you’ll want to set for your new Pokemon, to use them at their best.

While Charge Beam may net you a few extra EPS, you’ll want to pair up your Normal Form Deoxys with Zen Headbutt, as you’ll be able to cause more DPS and more damage up front. And with the choice for the Charged Move, you’ll want to be able to add up as much energy as you can, while still doing some good damage to offset its longer charge time.

While Hyper Beam may have the largest energy build-up, the amount of damage that you’ll be able to cause to your opponents far outweighs how much you’ll need to put into it. Pairing these two moves together will make you near-invincible against the majority of your enemies.

Well rounded in just about every way, you’ll be able to inflict some massive damage with its high Attack Stat, and still be able to brush off a fair number of attacks, thanks to its adequate Defense and Stamina. Pairing it up with another ‘mon that can take the hits will allow you to pull ahead in any battle with ease. 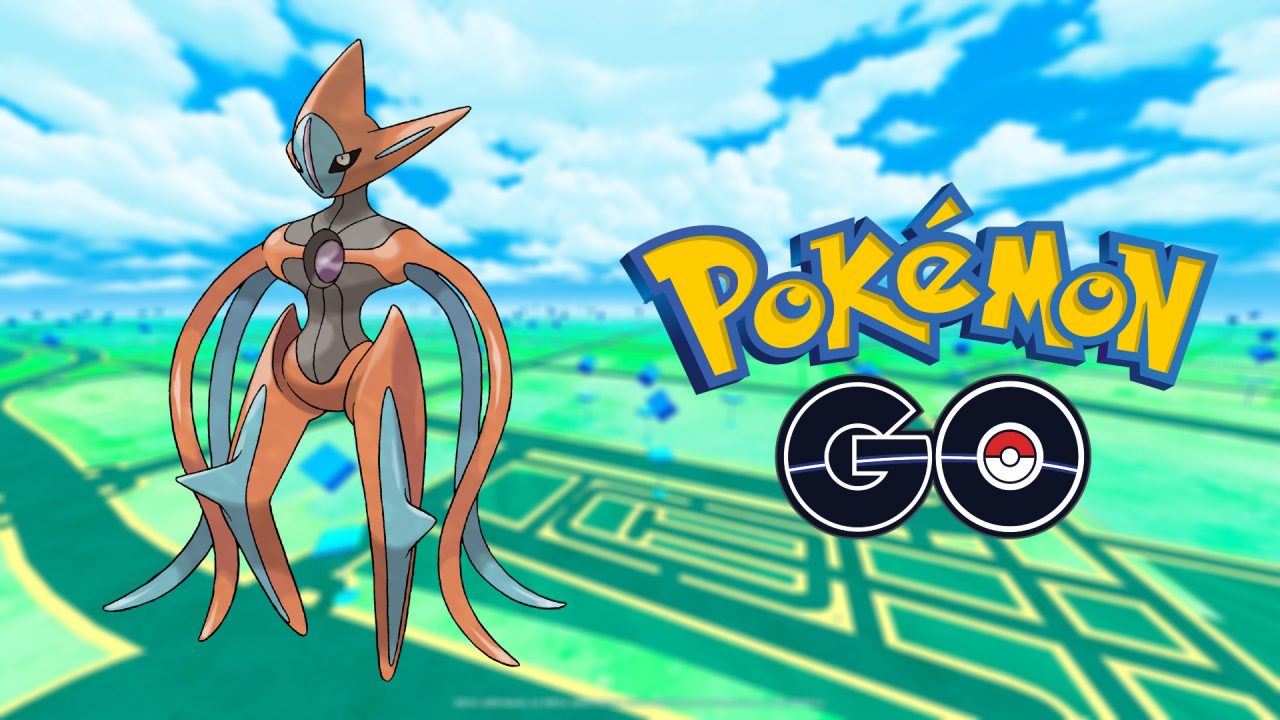 Moving on to the Attack Form, you’ll be able to wipe out anybody that gets in your way, but you’ll need to be careful and use them sparingly, as they are a bit of a glass cannon. While their Attack stat is out of this world, their Defense is their worst point, so making sure that you’ve got the most powerful attacks at the ready will help you keep this form in the game as long as possible.

Overtaking Poison Jab in every possible way, you’ll want to make sure that you’re teaching your Attack Form Deoxys Zen Headbutt as soon as possible, so you’ll be able to cause as much damage as possible right away, while you build up its Charged Move to take down anything in your way.

Giving your Attack Form Deoxys the Charged Move Zap Cannon will help you cause major damage quickly, and efficiently. Plus, having these two separate move types will allow you to use this against a plethora of different Pokemon, rather than needing to worry if they’re only able to fight against those weak against Psychic-type moves.

While it has one of the highest Attack Stats in the game, you’ll need to be careful, as its pitiful Defensive stat can bring this one out of the game quickly. If you need to hit hard and fast, having this monster on your team can help you inflict the final blows, but could cost you a victory if you get hit with something you’re weak against. 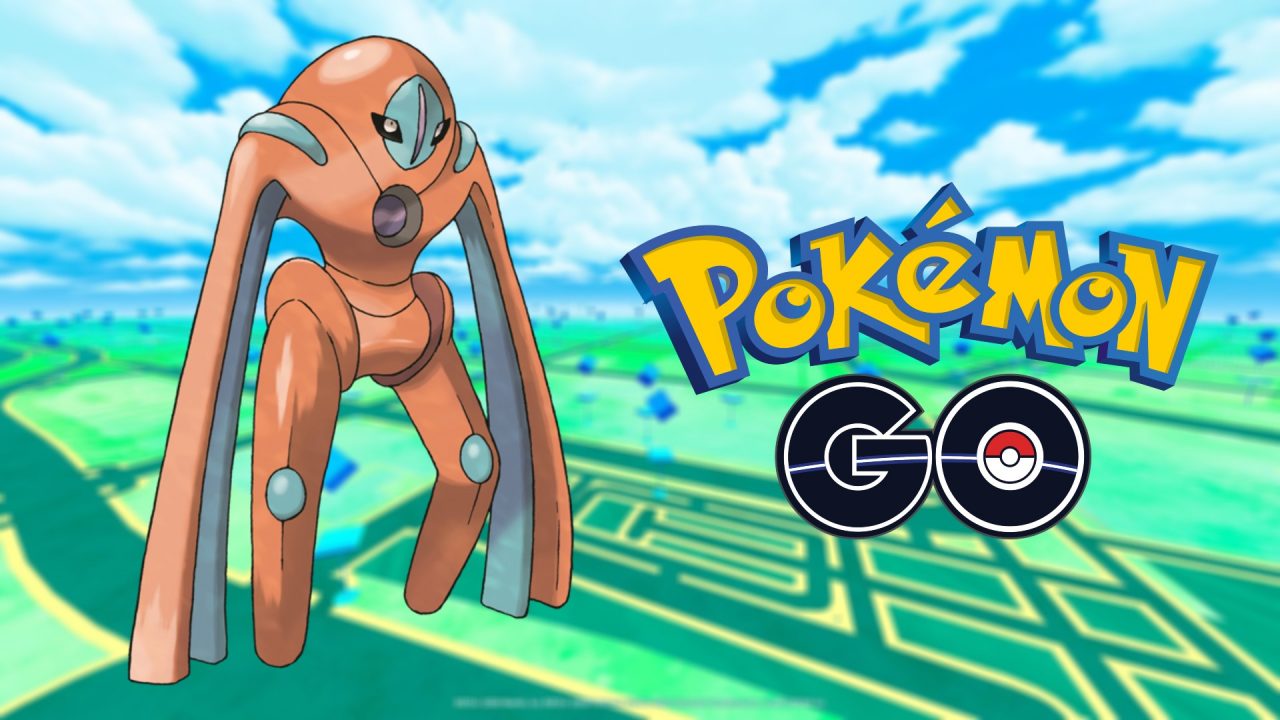 If you need a Pokemon that is not only capable of dealing some good damage but can also take a beating, you’re going to want to get your hands on a Defense Form Deoxys as soon as you possibly can. Featuring an out-of-this-world defense capability, you’ll be able to withstand hits that would send the average Pokemon out of the round, while still being able to do some pretty good damage to the monsters you’re fighting.

While Counter may be able to deal a bit more DPS, you’ll want to give this Defense oriented monster the ability to use Zen Headbutt, as it will allow you to store up a bit more energy, even if it is by just a menial amount. Any amount matters, especially when you’re in the heat of battle against a powerful foe.

If you’re looking to defend your next Pokemon, being able to cause a fair amount of damage before they come out to play is going to be key. For this defensive-based Pokemon, you’re going to want to use Thunderbolt, as you’ll be able to withstand the damage needed to unleash it a fair amount of times, giving your the advantage in many different cases.

With its absolutely insane Defensive stat, you’ll be able to take care of any hits that come your way, while being able to inflict a fair amount of damage to your enemies with its respectable Attack skills, as well. Make sure that you’ve got the right moves, and you’ll be ready for any attack that brushes right off of you. 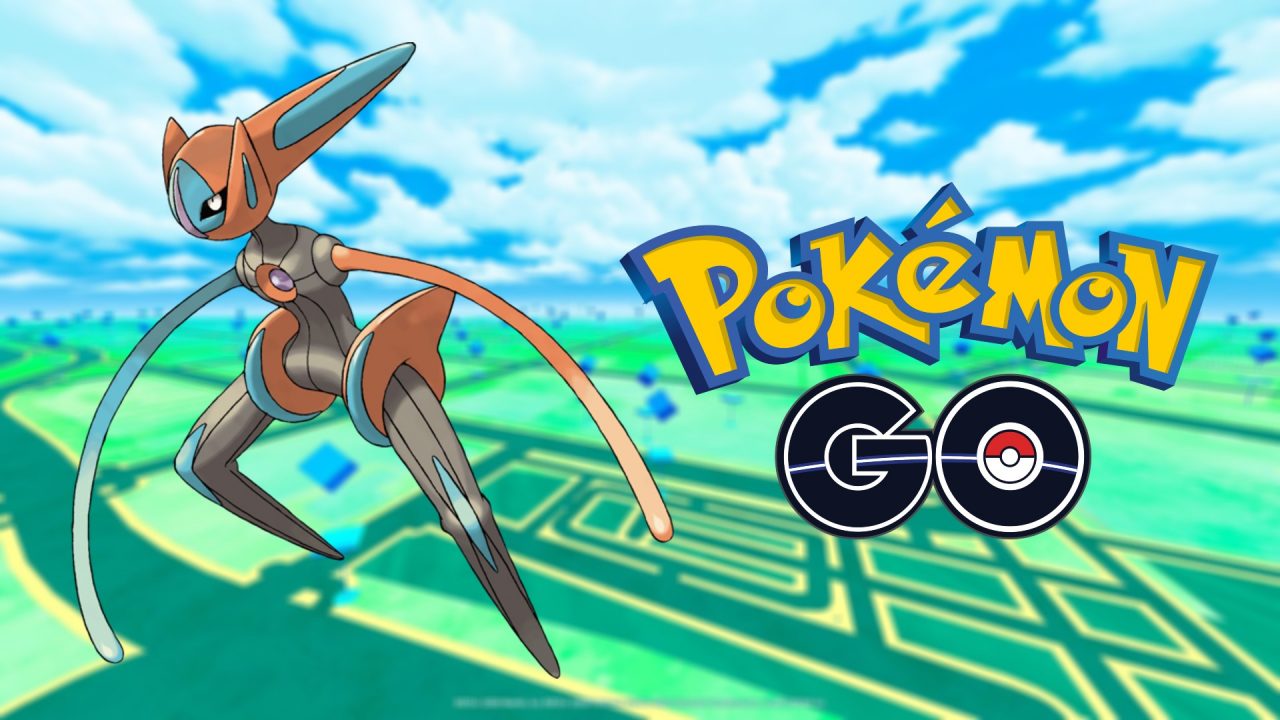 If you’re looking to outmaneuver your opponents in every possible way, you’re going to want to search out the Speed Form of Deoxys. Sporting one of the best looks of the group, as well as a good amount of Attack and Defensive capabilities, you’ll never find yourself in a bad place if you’ve got one of these on your team. Pairing it up with its ultimate moveset, you’ll be ready to take on anyone or anything, and emerge victoriously.

With this Psychic-type Legendary, you’re going to once again want to choose its fast move to be Zen Headbutt, as you’ll be able to cause much more DPS compared to Charge Beam. While Charge Beam may allow you a chance to build up more energy quicker, the sheer difference in the DPS can make or break a situation for you, and you’ll want to utilize their great Attack stat to your advantage.

Giving your Speed Form Deoxys the ability of Thunderbolt will allow you to vanquish your enemies quickly, and while it does require the most amount of Energy, the sheer DPS difference will make up for its larger energy consumption. Using the combination of these two skills to your advantage will allow you to squash your foes easily, and without much thought.

Coming in with the second-highest attack stat of the group, you’ll find that there is plenty to like about this Legendary monster. You’ll also notice that they have quite the Defensive capability, allowing you many opportunities to take some big hits, without giving up the ghost in the middle of a big Raid battle.

As you begin to come across these different monsters in Raids, you’ll want to make sure that you’re doing whatever possible to bring them down a peg or two, so you can add them to your team in Pokemon GO. With their unique forms, you’ll be sure to find one that you love, and one that you’ll be able to perfectly integrate into your ever-growing Raid Team, so you can take down just about anything in your way.

If you’re loving everything that Pokemon GO has to offer, make sure that you’re checking out our Guide Section, so you have the perfect Raid Guide to help you through these battles, what you’ll need to do to prepare for the upcoming Inklay Special Research Story, and how you can evolve your new favorite Water-type Pokemon! You may also want to find out if they can be shiny, so make sure that you’re digging in and getting yourself ready for all of the excitement of the Season of Light!