The Best Skins in Overwatch 2, Ranked Overwatch 2 is here and players all over the world are already diving in and honing their skills with the game’s new set of heroes. With that said, in the game, you can unlock a wide array of different skins for your heroes by completing challenges, expending Legacy Credits, and more. But what are the best skins in Overwatch 2? Now, in order to answer that and more, here are the 10 best skins in Overwatch 2, ranked:

The Best Skins in Overwatch 2, Ranked 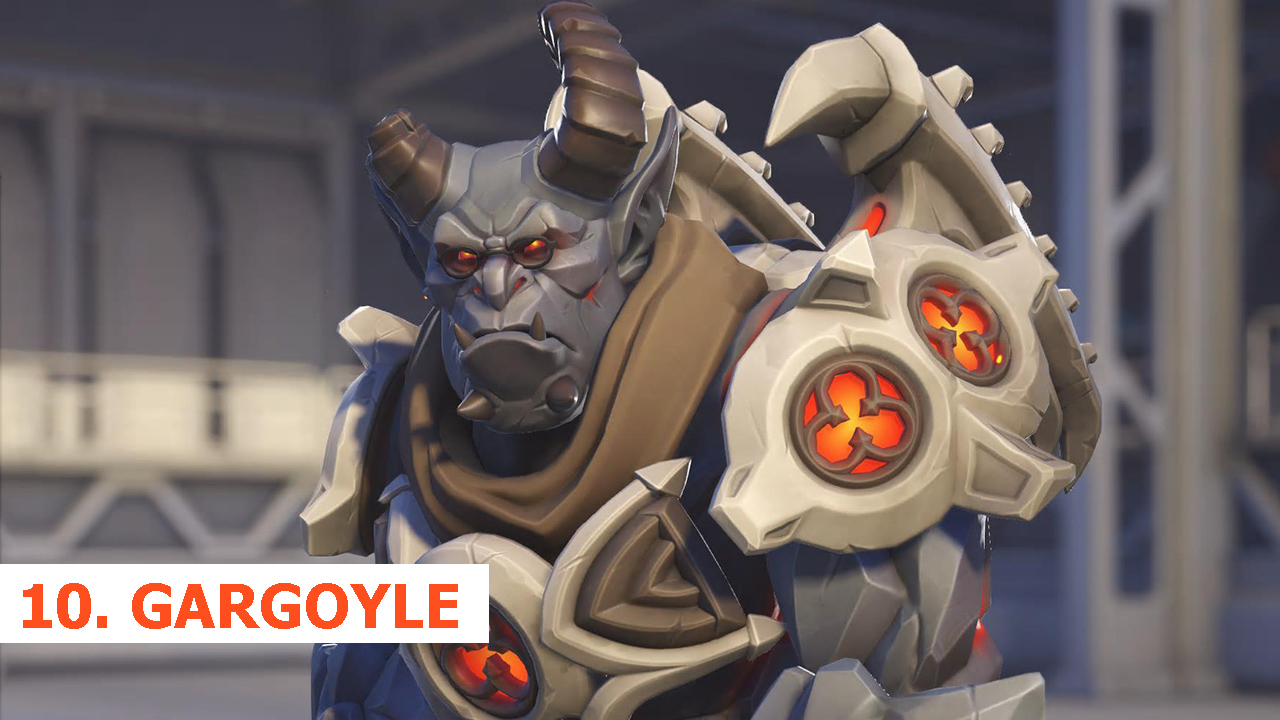 In tenth place, we have Winston’s Gargoyle skin, which turns the friendly genius gorilla into a creature who looks like it came straight out of the world of DOOM. The skin earned its place in our list as it manages to completely change the character’s style and overall atmosphere, all while allowing you to really unleash the beast in the field.

The Gargoyle skin is currently unavailable in Overwatch 2 unless you managed to unlock it on its predecessor. For those on consoles, if you unlocked the skin before but it’s not seeing it as available on your screen, the issue can be solved by performing an account merger between your Overwatch and Overwatch 2 accounts. In ninth place, we have Symmetra’s Mermaid skin which features some of the best color schemes in the game, allowing you to stand out no matter the map of choice, As a bonus for fans of animations, the look makes Symmetra look like she came straight out of the world of 2001’s Atlantis: The Lost Empire.

Overwatch 2 players can currently get the skin in exchange for 1900 Legacy Credits. Zenyatta’s Clockwork skin earns the eighth spot as it manages to, in its simplicity, transmit exactly what makes Zenyatta such a great character. C’mon, can you really tell us that look does not transmit both serenity and unbound power?

You can currently get Zenyatta’s Clockwork skin in the game’s shop, where the look can be brought in exchange for 300 Competitive points. Another oldy-but-goody, Junkrat’s Krampus skin is one of the game’s best as it turns the maniac pyrotechnist into the Christmas demon. With that said, the skin fits Junkrat’s style perfectly, while also bringing the Christmas spirit to the field, in its own way. Soldier 76 is a true patriot and nothing showcases that more than his Soldier 1776 skin, which turns him into a force sure to revolutionize the battlefield. As with many of the other skins on our list, the outfit earns its spot thanks to how well it fits the character, both literally and thematically. In fifth place, we have none other than Ana’s Sniper skin, which lets players take on the field as a younger version of the Overwatch founding member. With that said, Sniper isn’t the only skin to discept a younger version of the world’s former deadly sniper but its change from her usual style really allows the skin to set itself apart from the rest.

New players are currently unable to unlock the skin in Overwatch 2. Ashe is considered by many as one of Overwatch’s most stylish characters, and her Warlock skin takes that to a whole new level. The skin earns its spot in our list thanks to how it drastically changes Ashes’ look (and turns B.O.B into a fire Golem), allowing you to raise hell on the battlefield.

You can currently unlock the Warlock skin by expending 1900 Legacy Credits. One of the new sets of skins released together with Overwatch 2, Genji’s Cyber Demon skin features one of the best color palettes in the game, while also featuring a unique style as well as the ability to customize the skin’s overall look and weapon.

The Cyber Demon skin can be acquired by buying the game’s premium battle pass and then reaching its maximum level. 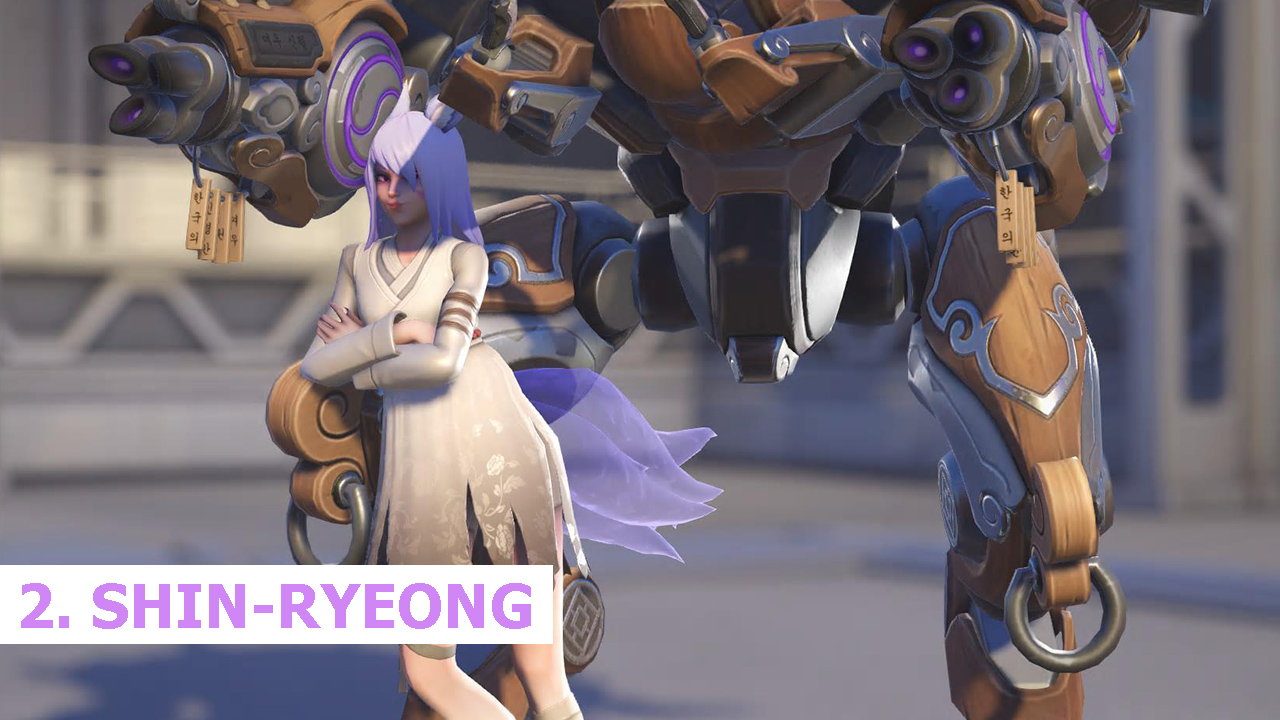 First released as part of Overwatch’s 2020 Halloween Terror event and widely considered D.VA‘s best skin, Shin-Ryeong turns the former gaming superstar into a mythological fox. The skin is among the game’s best as it features the addition of new elements to her look, such as the translucent tail you can see above, all while also giving her mech a temple-like aesthetic.

You can get the skin in Overwatch 2 by heading to the skin selection screen and then unlocking it in exchange for 1900 Legacy Credits. 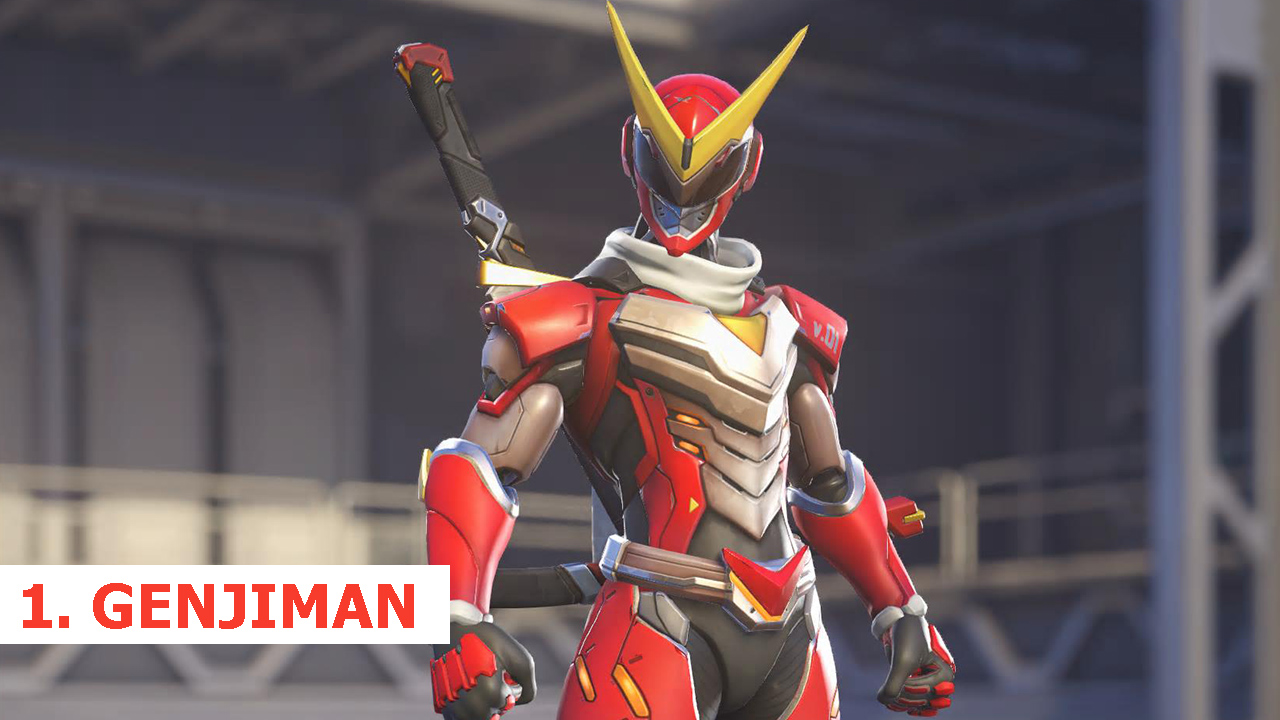 One of the game’s most unique skins as well as, in our opinion, the best. Genjiman turns everyone’s favorite ninja into a Read Ranger (Sentai), allowing players to brave the battlefield as the ideal embodiment of courage. After all, who never dreamt of becoming a Power Ranger?

You can currently play Overwatch 2 on PlayStation 4, PlayStation 5, Xbox One, Xbox Series X/S, Nintendo Switch, and PC. New to the game? Don’t forget to check out our Overwatch 2 crossplay guide, as well as who are the best heroes for new players.

Attack of the Fanboy / GAME GUIDES / The Best Skins in Overwatch 2, Ranked