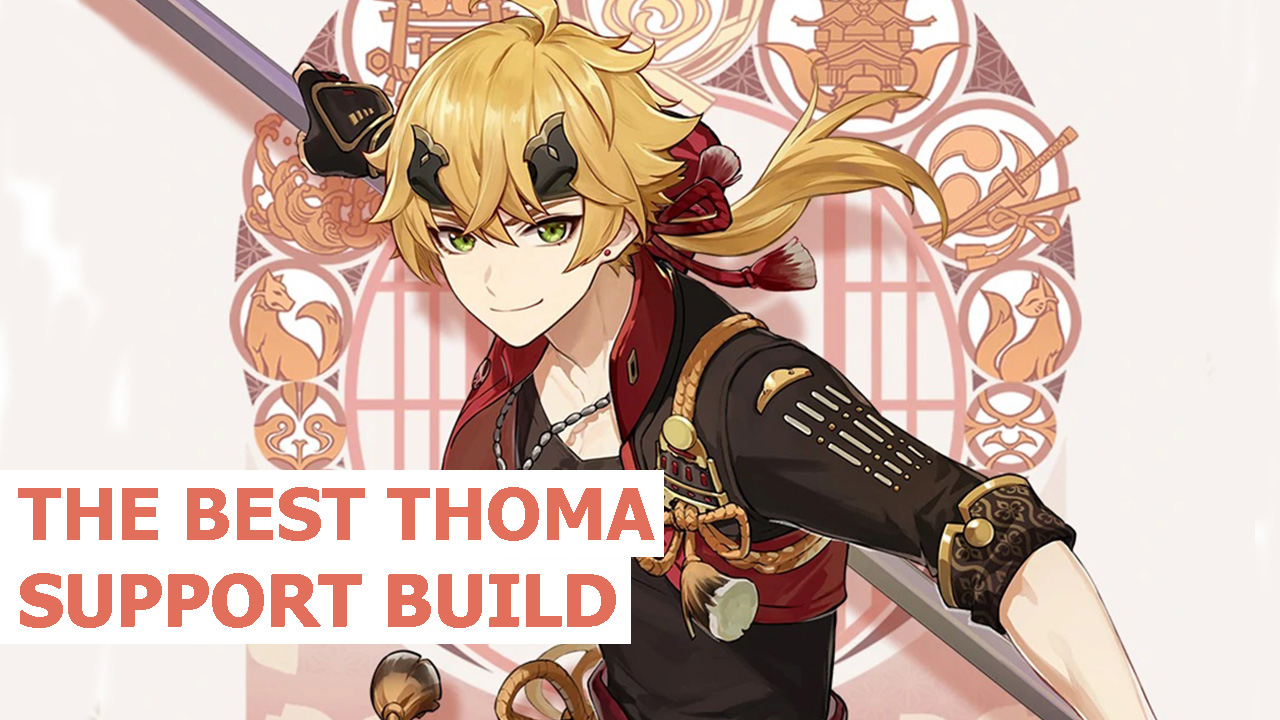 Among the wide array of defensive supports in Genshin Impact, 4-star Polearm wilder Thoma can be considered one of the best, under specific scenarios, thanks to his ability to not only enable reactions but also generate one of the game’s sturdiest shields. With that said, and so that you can bring the most out of him, here’s the best Thoma support build in Genshin Impact.

If you don’t mind the weaker shield and loss in ER, using a 4-piece Noblesse Oblige, mainly for its team-focused DMG buff, is also highly advised.

Taking into account that is not recommended to make use of DPS-focused weapons on defensive supports, our main recommendation for Support Thoma will be the use of the 4-star Polearm Favonius Lance, thanks to its ability to massively increase his overall Energy Recharge. If the Favonius Lance is unavailable for Thoma, the 4-star craftable Prototype Starglitter would be our main choice. To recap, here are our recommended weapons for Thoma, as well as his best overall weapon, and F2P option: 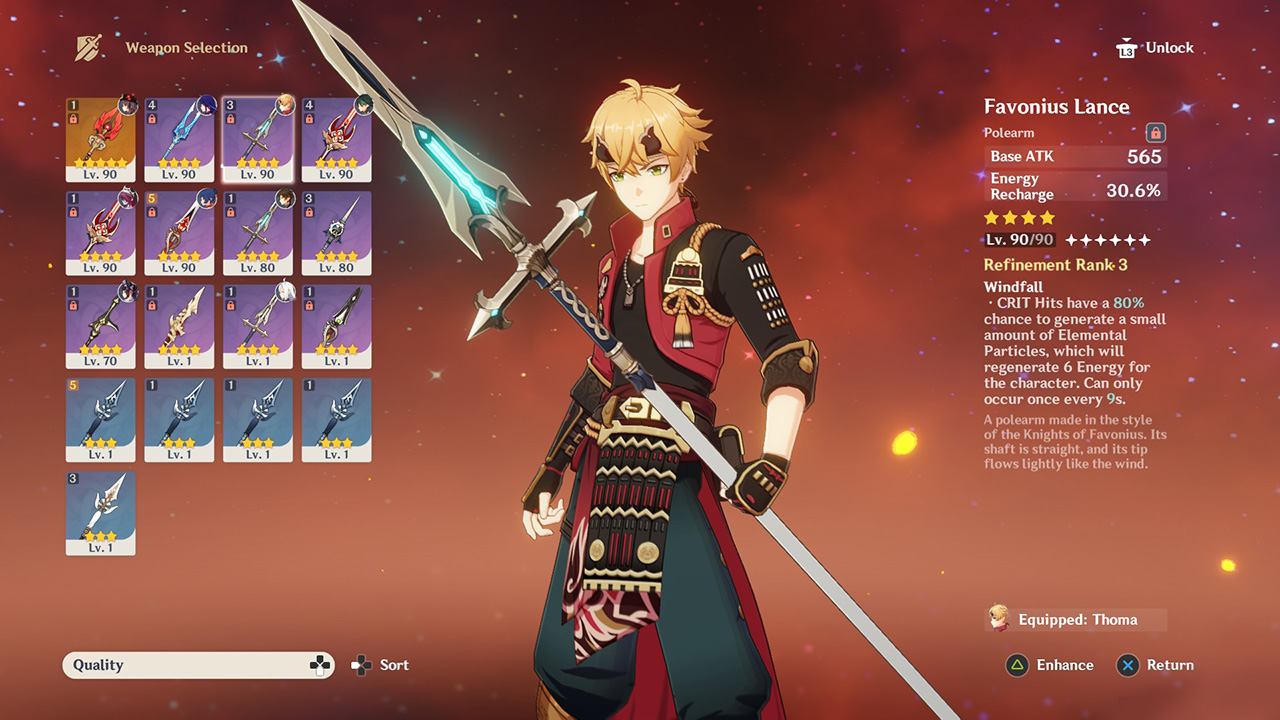 The Best Thoma Support Build: What Talents to Prioritize

As, in this build, Thoma will be a character focused on making frequent use of both his Elemental Skill, Blazing Blessing, and Elemental Burst, Crimson Ooyoroi, all while staying most of the time off the field, we recommend that you level both of them evenly, and set his Normal/Charged attacks aside.

Thanks to his ability to provide the team with a shield as well as his ability to enable reactions, we recommend that you make use of Thoma in both Pyro-focused compositions, as well as in Cryo or Hydro Melt/Vaporize-focused teams. With that said, here are a few teams sure to gain a lot from Thoma: