The Best Weapons to Buy First in Splatoon 3

Have an easier time by grabbing the best weapons early! 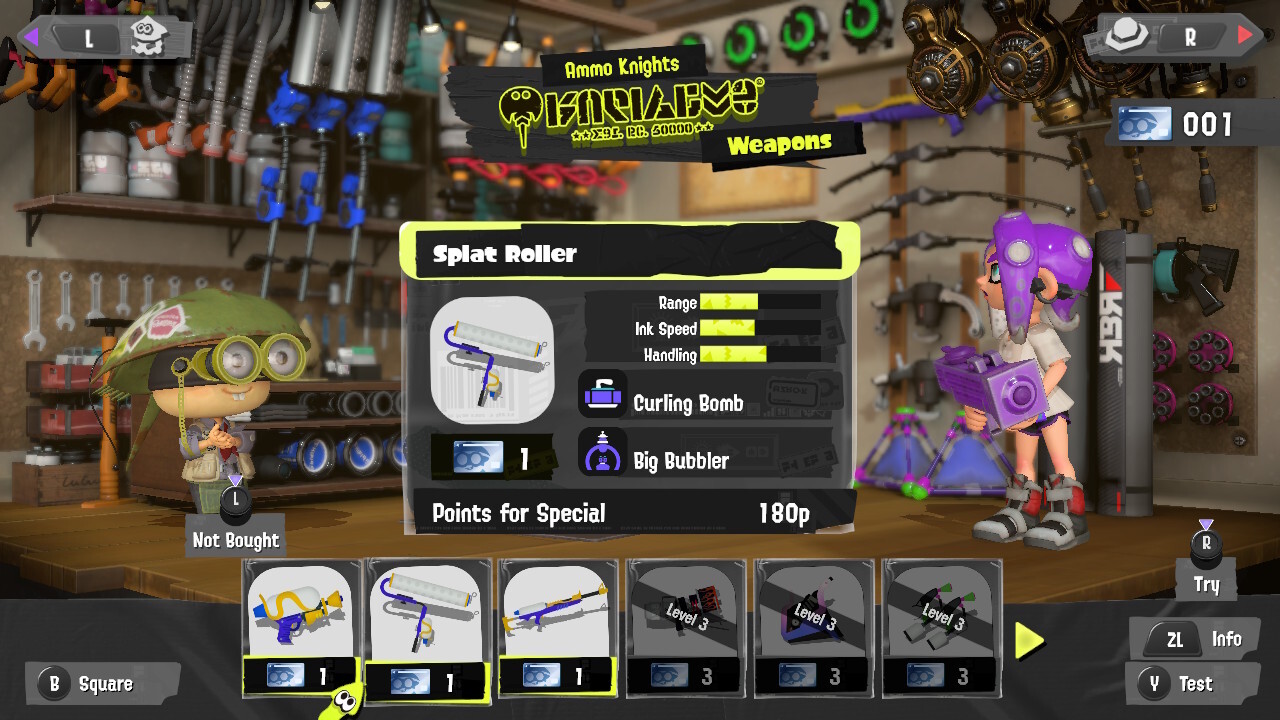 Splatoon 3 has an incredible range of weapons for players to enjoy. From classics like the Splat Roller to brand-new additions like the Tri-Stringer, there’s a lot of equipment that fans will need to learn about. While something as simple as changing appearance and hair can be done at will, new weapons will need to be unlocked and purchased at Sheldon’s store. Deciding which weapons to choose can be tough, especially as each one requires a certain number of licenses. Players will want to figure out the best weapons to buy first if they want to have an easier time during their early battles in multiplayer.

Which Weapons are the Best to Buy First in Splatoon 3?

Making it to a certain level after fighting in online matches will let you pick from a new set of weapons. Each one will cost one license, but players lucky enough to own a gold license can use it to obtain weapons from later levels at a very low cost. If they don’t have gold licenses, they can still obtain later weapons early, but they’ll need three regular licenses for each. Early weapons will act as a baseline for each weapon type. In other words, it’s a good idea to try and purchase every weapon up until reaching level 5. From there, it’s up to personal preference, but there are still some weapons you should keep an eye out for:

Outside of these recommendations, you should keep an eye on each weapon’s stat spread – along with your preferred game modes – before you begin your purchases. If you wish to play through plenty of Turf Wars, then Range, Fire Rate, and Mobility can be a lot more important than other stats. If you’re taking down plenty of foes in Anarchy Battles, you’ll want to focus more on stats like Damage or Handling. Luckily, every weapon can be tested out even at lower levels, so don’t be afraid to experiment before making your final purchase!