It's not that heavy, I promise 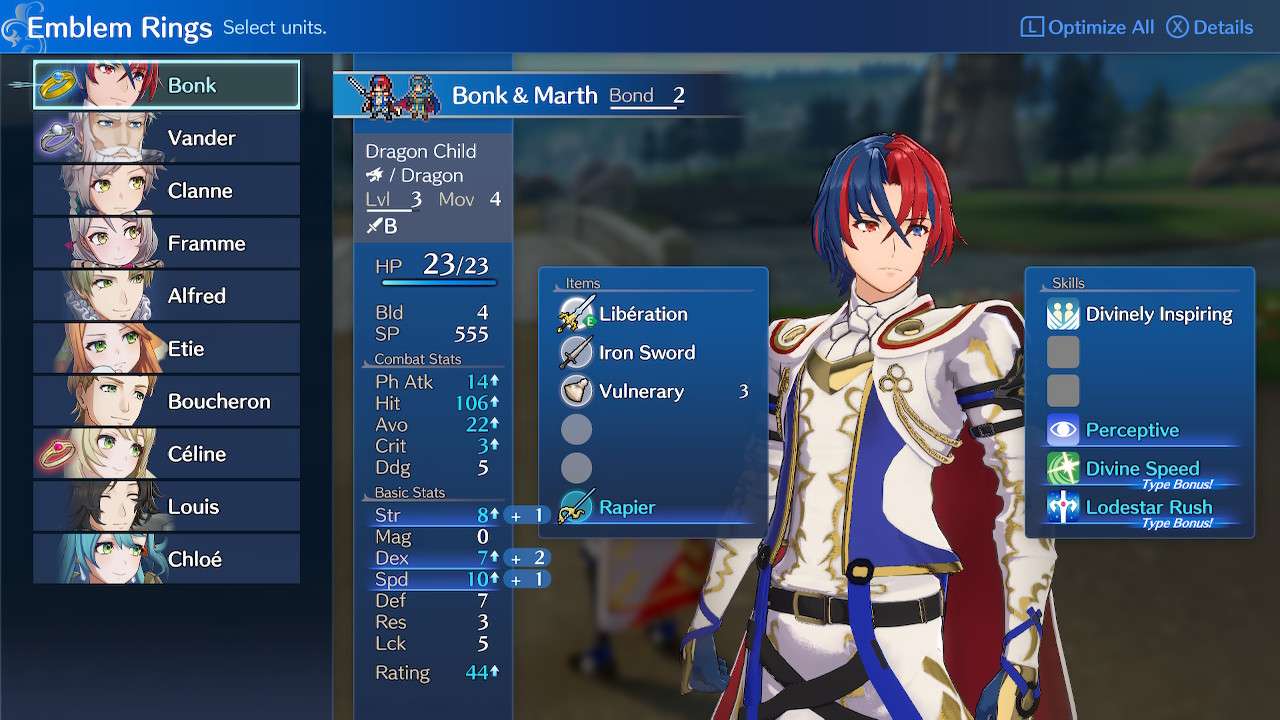 The Fire Emblem Franchise has always had some detailed stat pages for each character that can easily overwhelm and confuse players. Fire Emblem Engage is no different with their stat pages and even have some new stats thrown in to spice things up. One of these new stats for a character is their Build stat. The poor explanation of this stat is leaving many players confused as to what it even is. Let’s go over what the Build stat is in Fire Emblem Engage and what it does for a character.

What is the Build Stat in Fire Emblem Engage

Although it is under a new name, the build stat has been around in previous entries in the Fire Emblem franchise. In previous games, this stat was referred to as Constitution or Con for short. It was not seen in many games, so it is pretty common to have never heard of this stat before.

What the Con stat did and Build stat does are one and the same, as they both represent the amount of weight a character can carry and not be encumbered. The larger and better the weapon you want to use, the higher the character’s Build stat will need to be in order to not lose speed.

This stat becomes more important the later you get in the game. Since you will be buying bigger and better weapons, which you can get for a discount with the Silver Card, you will need a higher Build Stat to use them effectively. If you don’t have a high enough Build stat for a weapon, you will lose a bit of Speed and Avoidance.

This can mean the difference between life and death if you weigh a character down too much. They won’t be able to dodge an attack when it really counts. Depending on which difficulty you play, your roster can become quite small if you don’t pay attention to weapon weight.

Checking a character’s Build stat is quite easy. You can see it near the top of any character’s stat page. It will be abbreviated as Bld. Checking the weight of a weapon is a bit more complex. You will first need to open the weapons stat page which can already be a hassle. The easiest way to do this is to select a character’s inventory and then manage items.

This will bring you to the item storehouse for all of your weapons. Simply hover over a weapon on this screen and press X on your controller to see the alternate stat screen of a weapon. On this screen, the speed stat will be abbreviated as Wt. Take note of this stat if you want to put a weapon on a character.

If a weapon has a higher weight than your character has build, you will receive a speed stat penalty if you equip the weapon. You will only lose one point of Speed which doesn’t seem like a lot but sometimes a single point can keep you from hitting two attacks and killing someone before they can kill you.

Just make sure to keep a character’s build in mind when you are equipping weapons to them, especially if you want to keep them alive. If you do have someone weighed down, you might want to stick another character close to them, this can give them follow-up attacks as well as quickly level up their support level.