Where to Find Shell Bell in Pokemon Scarlet and Violet

Keep your Pokemon alive longer with a Shell Bell 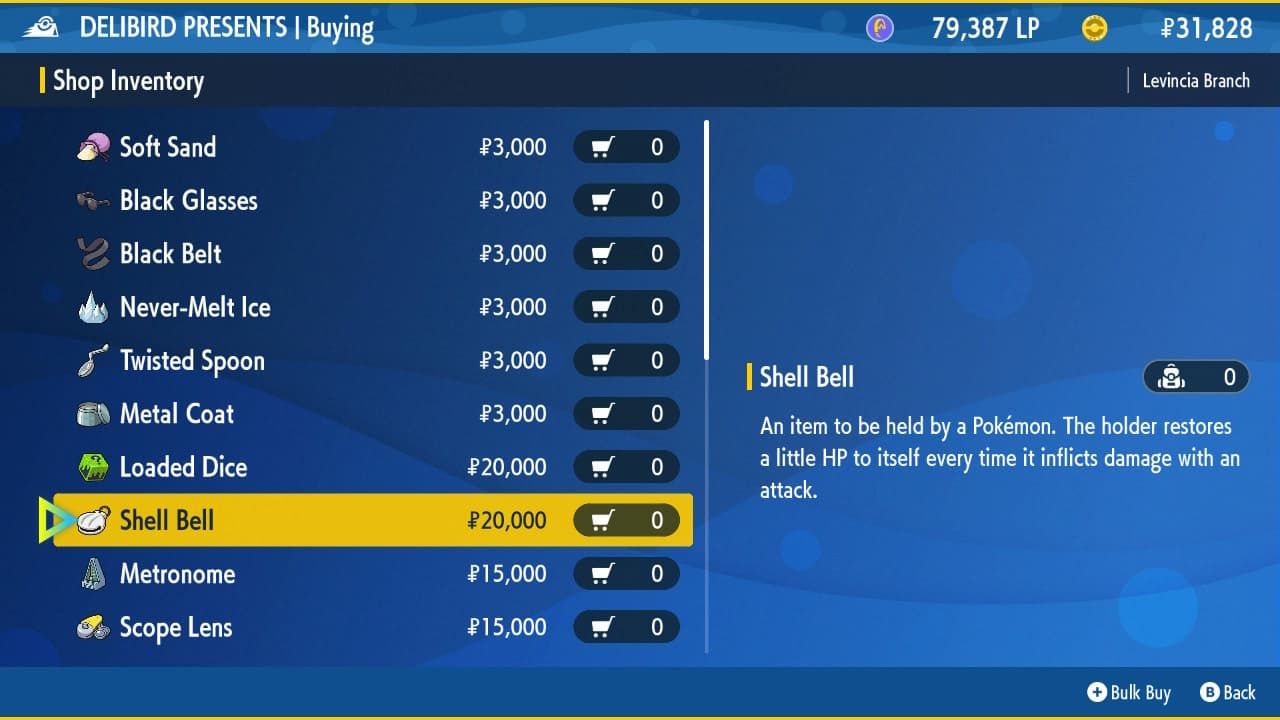 Certain items held by Pokemon in your party can have powerful effects that can make a huge difference in battle. The good news about Pokemon Scarlet and Violet is that Players can buy many of these items in stores within the villages and towns you will come across in the Paldea Region. Some cost more than others and will take some time to purchase, but it is well worth the effort for the more challenging trainers you will compete against. Shell Bell is one of the best items to be held by your Pokemon, and receiving one is quite simple. Read on to figure out exactly how you can acquire a Shell Bell and its effect on your Pokemon.

A Shell Bell is described in-game as “An item to be held by a Pokemon. The holder regains a little HP every time it inflicts damage on others.” This is huge, especially when you are low on potions and don’t want to skip a turn healing your Pokemon. There is more than one way to acquire a Shell Bell: by buying them at Delibird Presents in Levincia or defeating six trainers in South Province (Area Three). Below is an image of the location of Delibird Presents and South Province.

Click on Battle Items in the store menu and scroll until you see Shell Bell. You’ll notice that the item sells for a large sum of 20,000 Poke Dollars, so it is wise to save as much cash as possible before making the trip to the store.

Defeat six Pokemon trainers in this area and then find the Battle League Rep located at the Pokemon Center in South Province. As a reward, he will provide you with the Battle Shell item.

Now that you know where to buy Shell Bells learn where to find other items by reading our guides on the site. These include Vitamins, Metal Coat, Hamburger for the best picnics, and a Thunder Stone for evolution!