The latest news in the world of video games at Attack of the Fanboy
July 1st, 2016 by Kyle Hanson 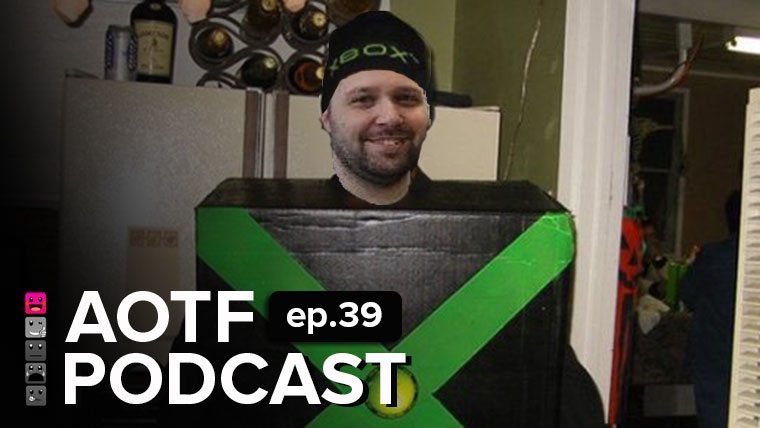 Slightly late this week, Will and I sat down for the AOTF Podcast #39. As the post-E3 rest comes to an end this week saw some major developments in the gaming world. We discuss (read: argue) about all the big stuff right here for your listening pleasure.

First up is our seemingly endless topic of just what the hell is going on over at Microsoft. We now have a console that will be almost totally devoid of exclusives, with the Xbox Play Anywhere initiative becoming the law of the land. On top of this comes rumors and discussion about the possibility of PSN and Xbox Live cross-play.

Will and I both love our Xbox Ones, mine is essentially the first electronic device I turn on whenever I am home. However, this all prompts us to wonder, why even own an Xbox anymore? If I can get all of my games on PC, and play with all of my friends online using either a PC or a PS4, and all of those very nice entertainment apps also come on any smart TV, Apple TV, or Chromecast…what is the reason that Microsoft gives me to drop my $300+? It’s still pretty murky, but we has it out as best we can at the moment. And really, this isn’t a bad thing. I’d love to be able to buy fewer consoles to play all the games I want. It’s just pretty confusing right now.

The other big news this week, at least for VR nuts like myself, was Oculus backpedaling on their recent Oculus Rift DRM. Revive is back, and not by using some nefarious methods. Oculus themselves even came forward to say that they would not be implementing the headset check DRM again.

This is definitely great news, with VR coming closer to the open nature that fans have been waiting for. Still, it’s not all sunshine and rainbows for Oculus. This was a bad call initially, though the removal is a great first step toward recovery. Still, they are trying to make VR an exclusive space, and this doesn’t totally change that. You still need a third-party mod to make things work how they should, with Oculus Home purchased games being playable on an HTC Vive. I break down the rest of my reasons why Oculus is still in the doghouse, though they’re getting closer to being allowed back in the house.

Some other topics include: PS4 not impacted by Microsoft’s new strategy, and Sony saying it is reaching its peak, Bioshock: The Collection announcement, a bunch of Nintendo news, and this week’s reviews: Inside, XCOM 2 DLC, Pac-Man 256, Mighty No. 9, and The Technomancer.

Finally we have a brand new giveaway, with an Xbox One code for Minecraft: Battle Mini-Game Map Pack 1. Click here to check out the details.