The Last of Us Part 1 Review 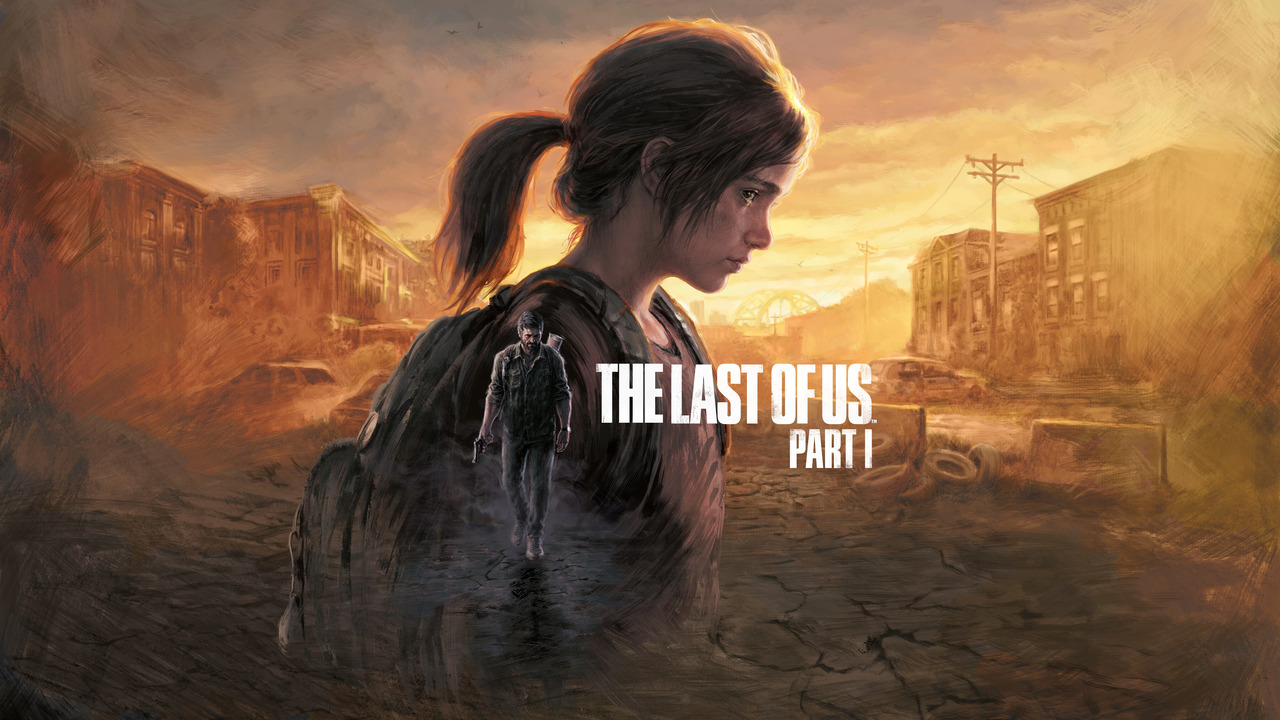 Remakes and remasters are a core part of the video game industry. If you’ve been around long enough, though, then you know that the terms can be used to describe wildly different products. Some remakes go so far as to completely rebuild classics from the ground up for modern hardware and audiences like Capcom’s recent Resident Evil revivals, while smaller-scale remasters simply aim to make older games playable on modern systems or take advantage of new hardware, such as the latest rerelease of the generation-spanning Grand Theft Auto V.

If you’ve been around long enough, then you also know that some remakes/remasters are more warranted than others. Ignoring how the final product turned out, the world had been clamoring for a modern rerelease of the Grand Theft Auto trilogy for years. On the other hand, did the world really need The Legend of Zelda: Skyward Sword HD?

Regardless of your thoughts on the matter, however, people have generally accepted that enhanced ports are okay as long as they provide substantial enough enhancements. Skyward Sword HD, for example, got revamped controls with a bumped-up framerate and resolution. Marvel’s Spider-Man Remastered got an increased framerate, ray tracing support, and all its DLC collected in one package. There’s a line that companies have to carefully tread when deciding if it’s worth releasing a remake. The Last of Us Part 1 crosses that line. 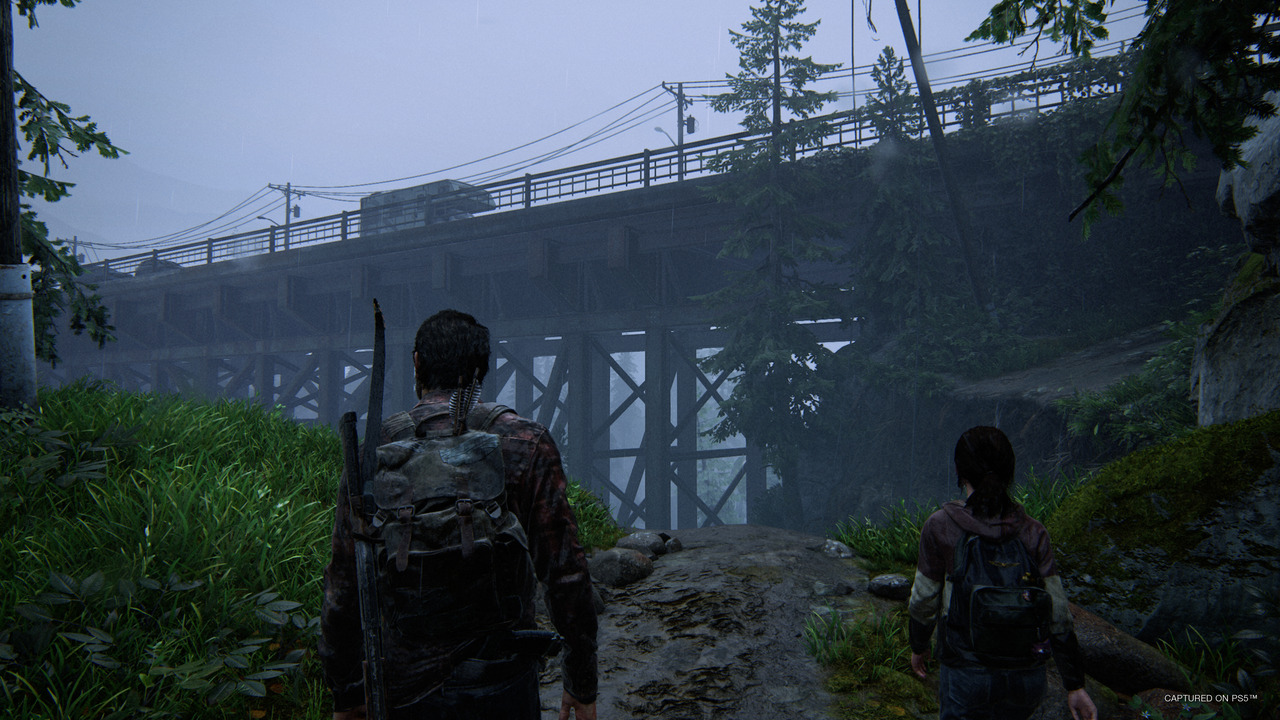 The Last of Us Part 1 is a completely rebuilt version of the post-apocalyptic 2013 classic designed from the ground up as a PlayStation 5 console exclusive. Bucking the trend of Sony’s recent Director’s Cuts, this is a fully-fledged remake in the vein of 2018’s Shadow of the Colossus. Unlike the Bluepoint-developed Shadow of the Colossus, however, this remake was created entirely in-house by Naughty Dog.

The original development studio getting a chance to redo one of its most beloved titles, taking what was learned from the development of three big-budget third-person shooters released since — including a sequel to that title — is an exciting prospect. Unfortunately, Naughty Dog’s ambitions with this remake of The Last of Us were placed entirely in the wrong areas. While there are some appreciated under-the-hood changes, the main selling point of The Last of Us Part 1 is a very expensive coat of paint for a game that already looked and ran fine in its first remaster.

I understand why Sony wanted a shiny new version of The Last of Us on store shelves. Not only is it a fantastic way to get people even more excited about the still hard-to-find PlayStation 5, but it’s also a way to bring fans of the upcoming HBO series into the PlayStation ecosystem.  From a business standpoint, it makes sense to have a state-of-the-art jumping-on point for new Last of Us fans built from the ground up for PS5, rendering each and every one of Joel’s individual beard hairs with such breathtaking fidelity that it’s easy to forget you aren’t watching a prestige television series. While The Last of Us Remastered on PlayStation 4 is still a fantastic-looking game, it’s understandable that Sony would want new fans to have the best possible experience with the first game. 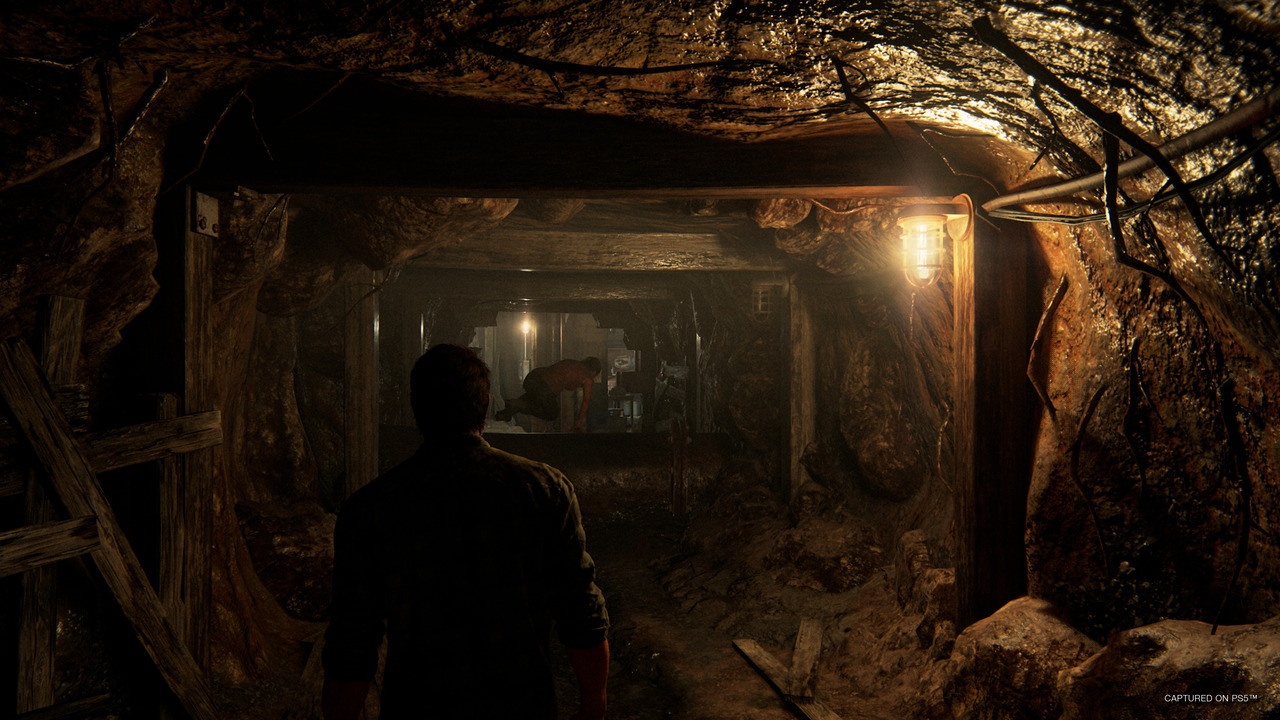 The Last of Us Part 1 brings the first game more in line with its sequel. This rerelease makes back-to-back playthroughs of both games in the series flow much more naturally. The overarching story of The Last of Us feels like a more cohesive whole now because of Part 1’s increased fidelity, as if you’re playing through two halves of the same story that just so happens to be on multiple discs like a PS1 JRPG.

If there’s one thing to praise about The Last of Us Part 1, it’s that new level of fidelity. While nothing about the plot has been changed and no new lines of dialogue have been recorded, the exceptionally enhanced presentation brings the drama to new heights.

The game’s prologue is a known tear-jerker at this point, but the new facial expressions and animations make it feel like you’re witnessing the tragedy for the first time all over again. A thousand emotions are reflected in Ellie’s eyes when she utters her famous “okay” in the game’s finale. The game’s most heart-wrenching scenes will hit just as hard as you remember them. This is genuinely one of the best-looking games ever made, which is to be expected from a studio of this caliber.

That brings us to The Last of Us Part 1’s biggest problem: the price tag. This is a fully-fledged $70 release. In a world where The Last of Us Remastered not only retails for $20 brand new but can also be downloaded for free via the PlayStation Plus Collection on PS5, something which the overwhelming majority of PS5 owners will have access to, it’s hard to justify paying a next-generation price for a game that most people have already bought twice. 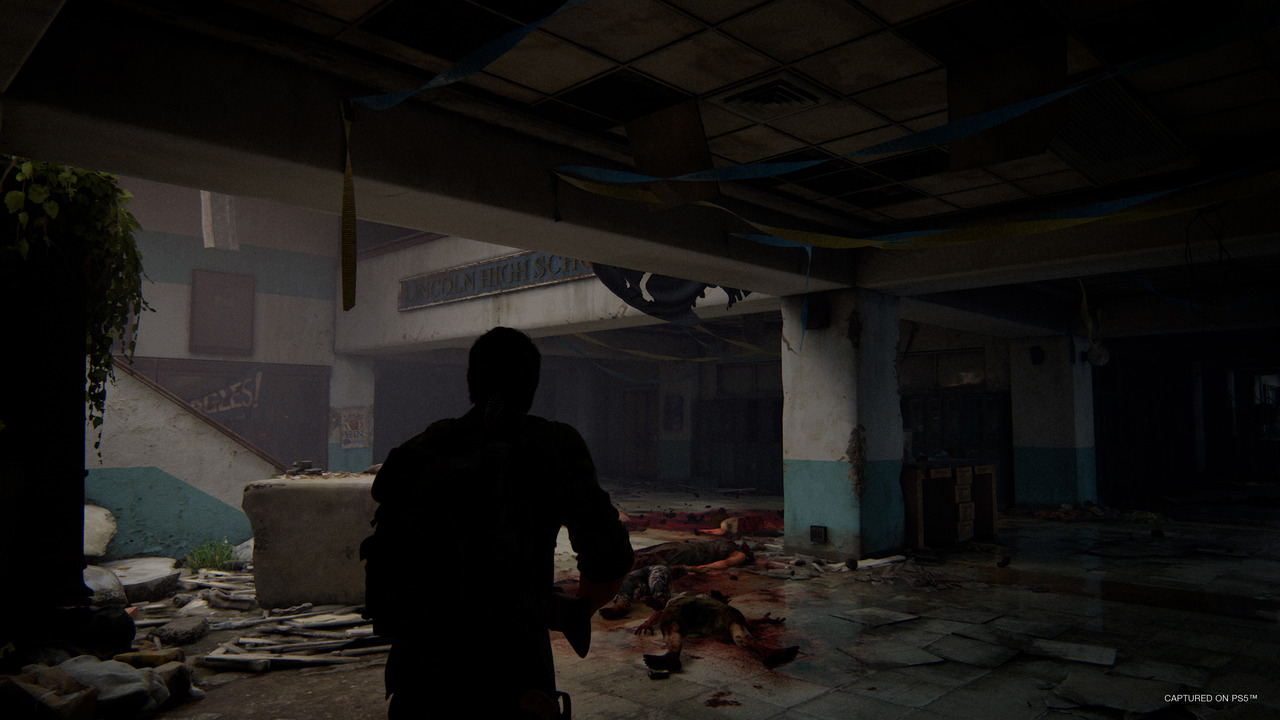 Not only that, but The Last of Us Part 1 is actually a less feature-complete game than The Last of Us Remastered. There are a handful of minor new additions to this remake such as a speedrun mode, permadeath mode, model viewer, and DualSense controller support, but those aren’t enough to make up for the glaring omission of the fan-favorite Factions multiplayer mode. While a standalone Factions game is on the way, its absence in The Last of Us Part 1 still hurts.

However, one major new addition will make The Last of Us Part 1 more than worth the price of admission for a select few players: a remarkably in-depth accessibility options menu. Naughty Dog set a high bar with the accessibility features of The Last of Us Part 2, and this remake takes things to the next level with options never before seen in a video game. One such innovation is the ability to play dialogue through the DualSense controller as haptic feedback, allowing hard-of-hearing players to feel the emphasis and intonation of spoken lines. 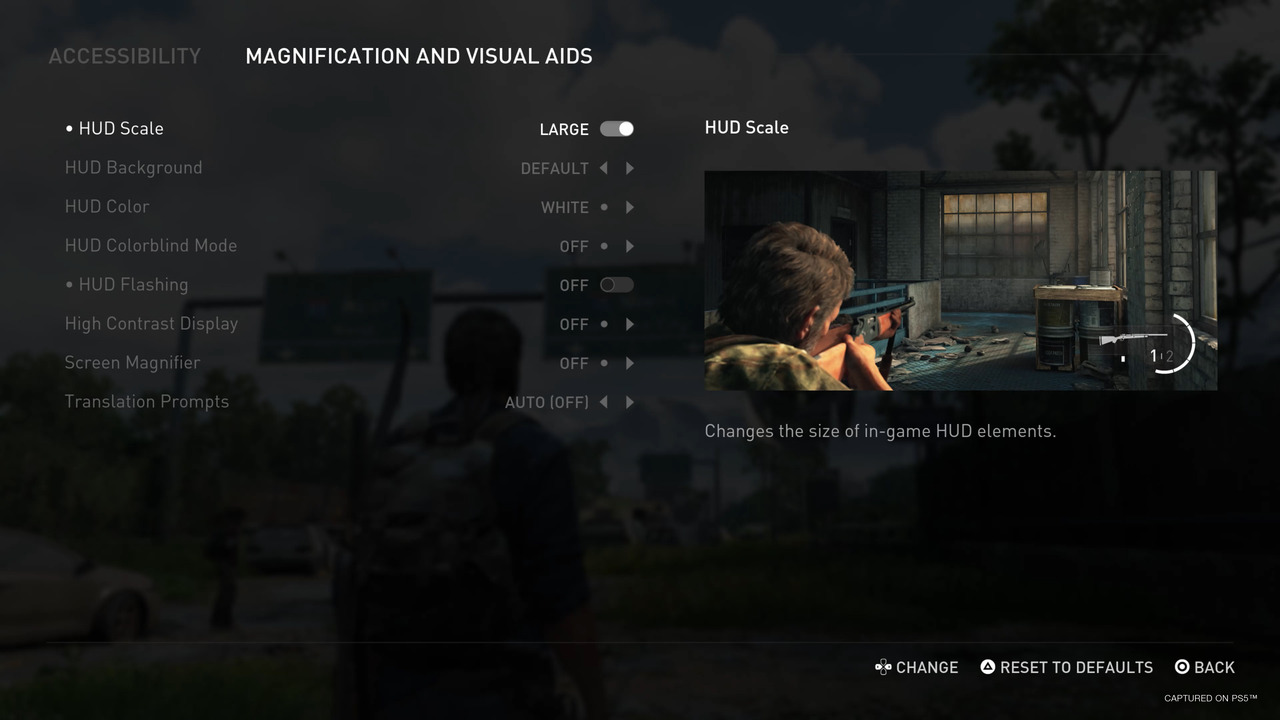 The accessibility features of The Last of Us Part 1 aren’t going to be a huge selling point for the general public, but thanks to Naughty Dog’s efforts, this game will be playable for the very first time for some people. That’s important. There are multiple presets available by default and the controls and settings can be fine-tuned however you see fit. Despite the other issues surrounding The Last of Us Part 1, this aspect of the game deserves to be celebrated.

Outside of pricing complaints, The Last of Us Part 1 also feels much more dated in the gameplay department than you would think. Game developers have come a long way over the last decade and Naughty Dog is no exception. This is a game that predates not only The Last of Us Part 2 but also Uncharted 4 and The Lost Legacy. Naughty Dog’s game design philosophy was incredibly different back then and it shows.

The jaw-dropping visuals work against the gameplay in this aspect as well, making the aging skeleton of a linear PS3 game much more noticeable regardless of how many polygons the shotgun has. Naughty Dog’s level design chops have improved dramatically since the initial release of The Last of Us, and while there are still plenty of memorable set-piece moments like the terrifying hotel basement in Pittsburgh, the moment-to-moment gameplay experience is much duller than I remember.

The Last of Us Part 1 functions as a window into the past where Naughty Dog still had a lot to learn. It was an exceptionally talented development studio at the time, but it has become an entirely different level of world-class since then. That’s not to say the combat encounters and exploration segments of The Last of Us Part 1 are bad — quite the opposite actually — but with its visual presentation surpassing anything Naughty Dog has done to date, it’s hard to not feel let down by the comparatively bog-standard gameplay. 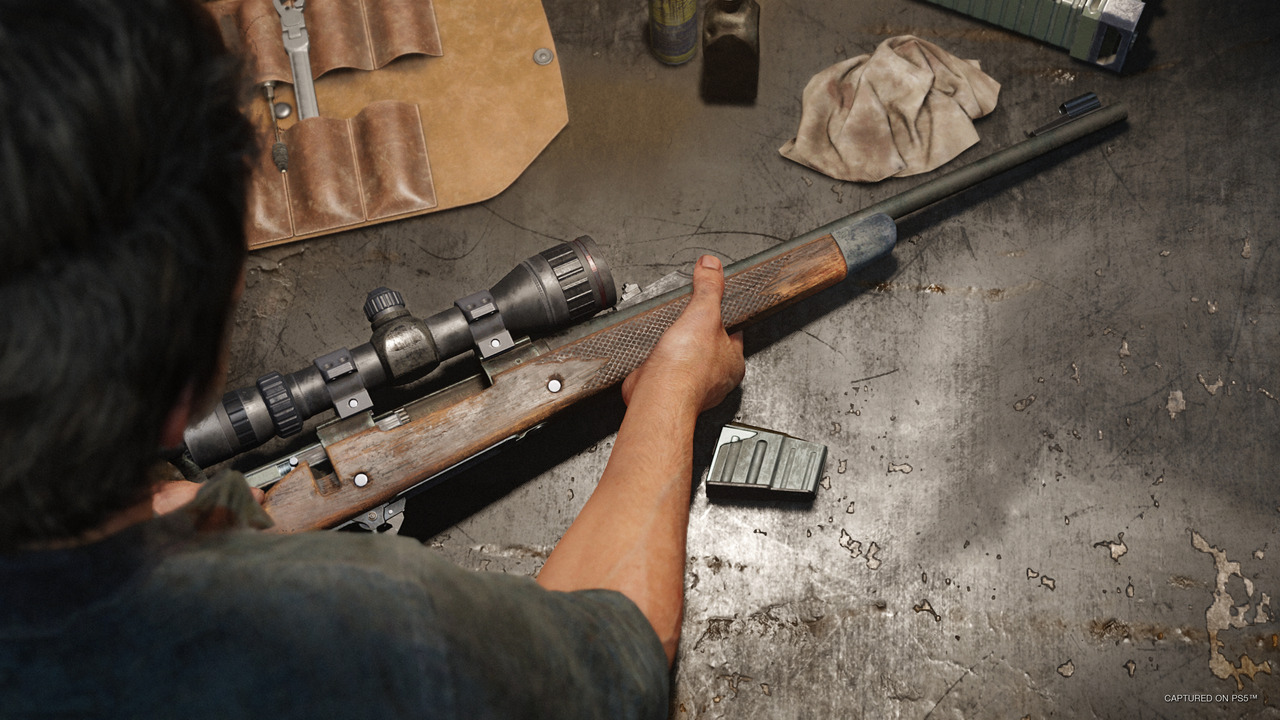 At the end of the day, it’s still The Last of Us though, and even though its gameplay limitations have only gotten more apparent with age, this is still a fine adventure. That’s why this review is so difficult to write and why most will likely have complicated feelings about The Last of Us Part 1. The core game is beloved for a reason and this remake does enhance the experience a great deal, but it’s hard not to wonder what could have been if as much attention was given to the level design and combat encounters as the visuals.

The Last of Us Part 1 is a remarkable technical achievement that nobody asked for. Yes, the AI has been improved. Yes, the workbenches have the cool upgrade animations from the sequel. Yes, there’s 3D audio. But when you can already play a good enough version of The Last of Us for free with the PlayStation Plus Collection on PS5, why bother? With a hefty price tag and less content than its more than acceptable PS4 counterpart, The Last of Us Part 1 is an entirely unnecessary remake with gorgeous graphics that only make its dated gameplay stick out even more.