Wheels That Doesn’t Exist for the Sake of Touching Ground. 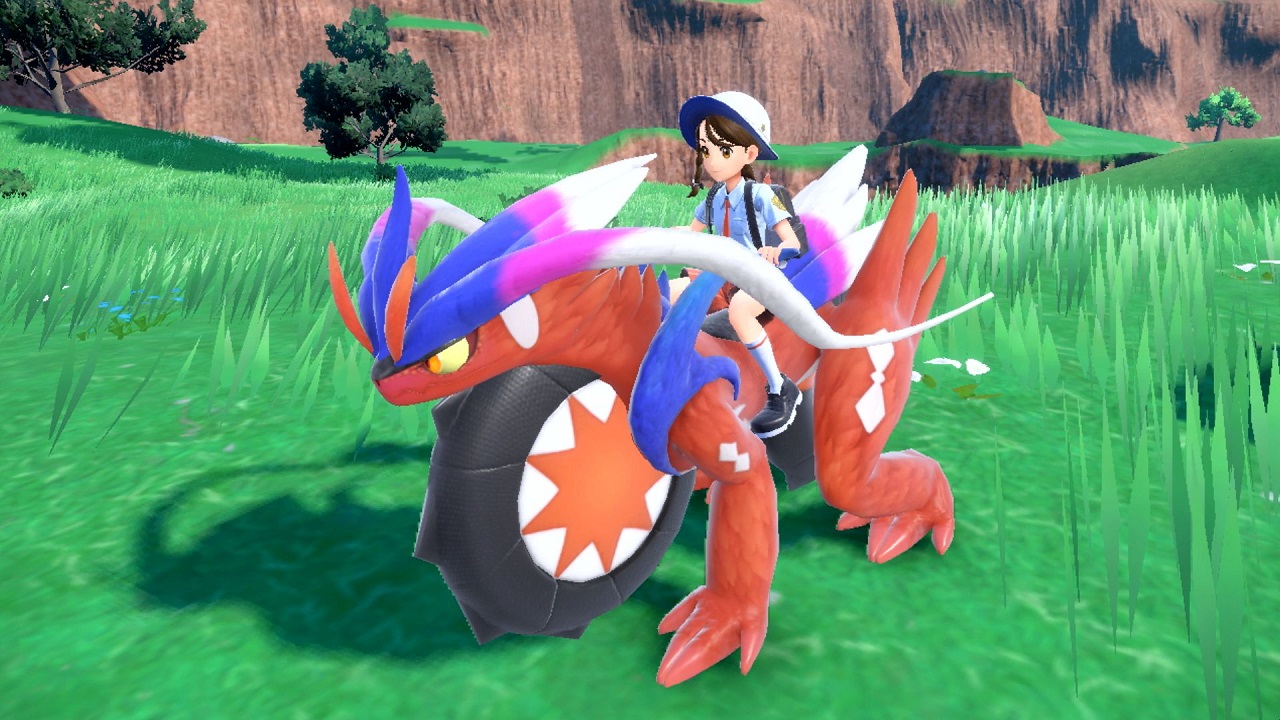 The design intention of making both Koraidon and Miraidon ridable pokemon with different forms like a motorcycle was quite apparent when the two box art legendaries featured prominently in the recently released trailer for Pokemon Scarlet and Violet. The artistic decisions regarding Koraidon and how he functions as a vehicle still confound players’ minds. The fact it uses its feet to cover long distances as opposed to the wheels embedded in its rears and torso.

The Scarlet and Violet trailer comes with many revelations for the player base regarding the unique selling points of the region, Paldea, and the numerous features that the game will incorporate that weren’t covered in great length in past trailers or announcements. Terastallizing looks to be the Paldea counterpart of Dynamax and Mega Evolutions in their respective regions and helps to bolster the already existing curiosity toward the new pokemon that appeared in in-game footage. It also looks like the game will feature a more comprehensive co-op multiplayer experience this time around as opposed to Sword and Shield.

Players who’ve kept up to date regarding information related to Scarlet and Violet would know that there were always leaks and rumors that discussed the potential possibilities of the box art legendaries being ridable pokemon that will feature more prominently through the course of the player’s journey. And it certainly looks to be the case with the newest trailer, depicting them in multiple forms. But Koraidon being a motorcycle that’s full-on sprinting across the landscapes of Paldea has irked members of the community to no ends, as can be seen from responses on social media.

Koraidon is different from Miraidon, which uses its wheels to traverse the lands. The red lizard-like legendary instead runs on all fours and bolts across the grassy plains. The reason why Sprinting Build Koraidon’s irritates people is the same as the synopsis underneath its picture, where it resembles the appearance of a motorcycle, yet doesn’t use the tires that a motorcycle would. Leading to the general community reception of people finding the wheels to be redundant, as they don’t factor into the Pokemon’s practical purpose of giving the player a ride.

Some counter-arguments have pointed out the practical purpose of the wheels by directing attention to the Swimming Build of Koraidon, where it is explained that the wheel-like protrusion serves as a “flotation device”, which means that they can be thought of as not just objects that make for easy transportation, but necessary body alterations that came to be due to the need of airbags to sustain long term running and buoyancy.

It’s hard to say if the player base will reach a consensus as to whether or not the wheels will prove to be an acceptable design element on Koraidon, which could tilt player decisions toward the version of Pokemon Scarlet and Violet that they’ll end up getting. But from what was shown about Scarlet and Violet, there are reasons to be hopeful that the titles will follow the steps of Legends Arceus, which could convince old players to return from past disillusionment regarding the Pokemon franchise.