Epic Games has given Fortnite players a new gift, but not everyone is happy about it. 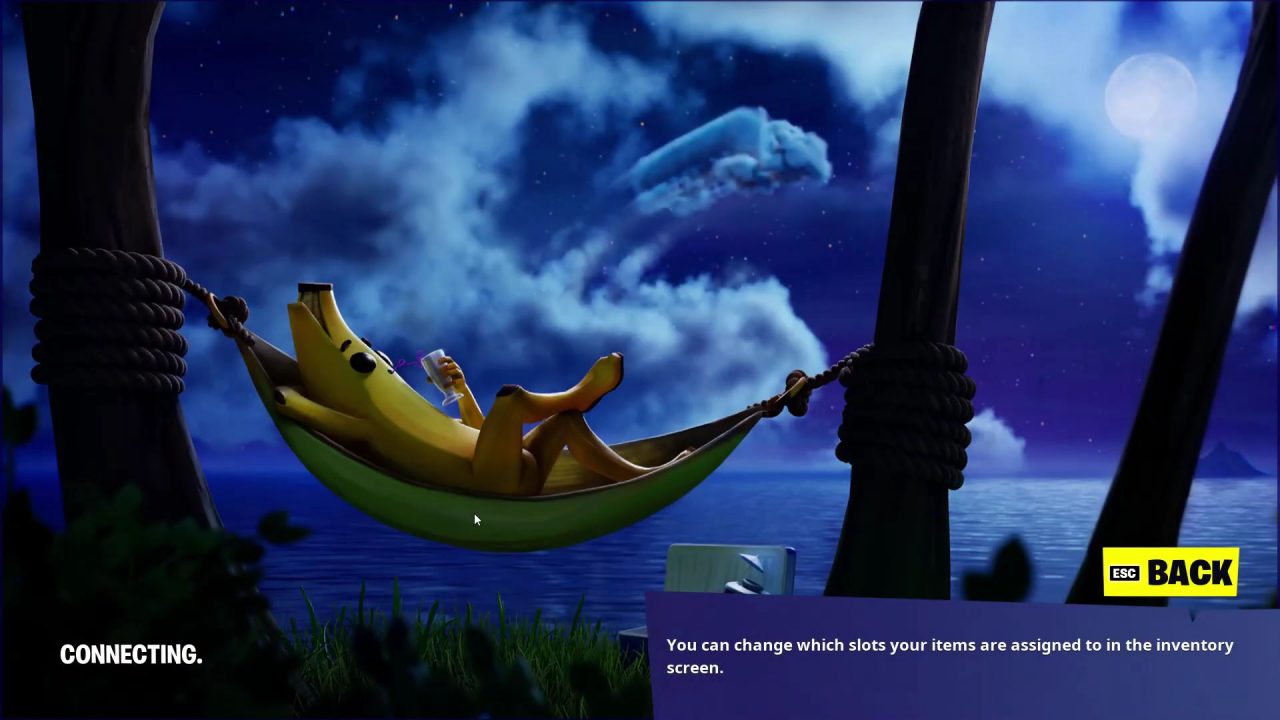 If you were one of the more diligent players in Fortnite during the last season, it seems that Epic Games is throwing an extra little surprise your way with this current update. If you were one of those players that went through and completed all Resistance Quests during Chapter 3, Season 2, you’ll want to check your game to see if you received an exclusive new loading screen, featuring everyone’s favorite bipedal banana, Peely.

Players that went through and aided The Resistance as much as they possibly could in the previous season, as they waged war against the IO Forces received the newest exclusive item, the Nana-Nana Hammock Loading Screen, which could become one of the more rare items to grace the title shortly. Players that got very close are slightly upset because they were unaware that there was going to be another new item added, so it will need to be seen if Epic Games is going to include a way to get this new loading screen through different methods, or if it will stay exclusive to those that completed all available Resistance Quests in the previous season.

With today's update, players who completed all Resistance Quests in Chapter 3 Season 2 should have received the Nana-Nana Hammock Loading Screen. Enjoy! pic.twitter.com/WLDTYz3b1b

Peely is one of the most well-known Fortnite characters, with many players loving this Bananaman, while other players may not be so keen on getting this loading screen. While it’s strange that Epic Games, a company that is normally super transparent about rewards that will be given out, kept this a secret, it’s a nice little treat for players that did go through and finish off as many of these quests as possible. It’s currently unknown if this will be something that continues, where players will receive random in-game gifts for completing as many quests as possible, but this could be a great way for the developers to keep players in the game longer than ever.

Ever since the beginning of Fortnite, there have always been some excellent cosmetics available, but now that we are crossing into many different genres of pop culture, you may need help getting your hands on these amazing new skins. That’s where our Fortnite Guide Section comes into play, where you’ll be able to find many different guides on how to help you unlock Indiana Jones and all of his exclusive gear, as well as complete as many different weekly challenges as possible.