Jump sky-high with the classic Dragoon. 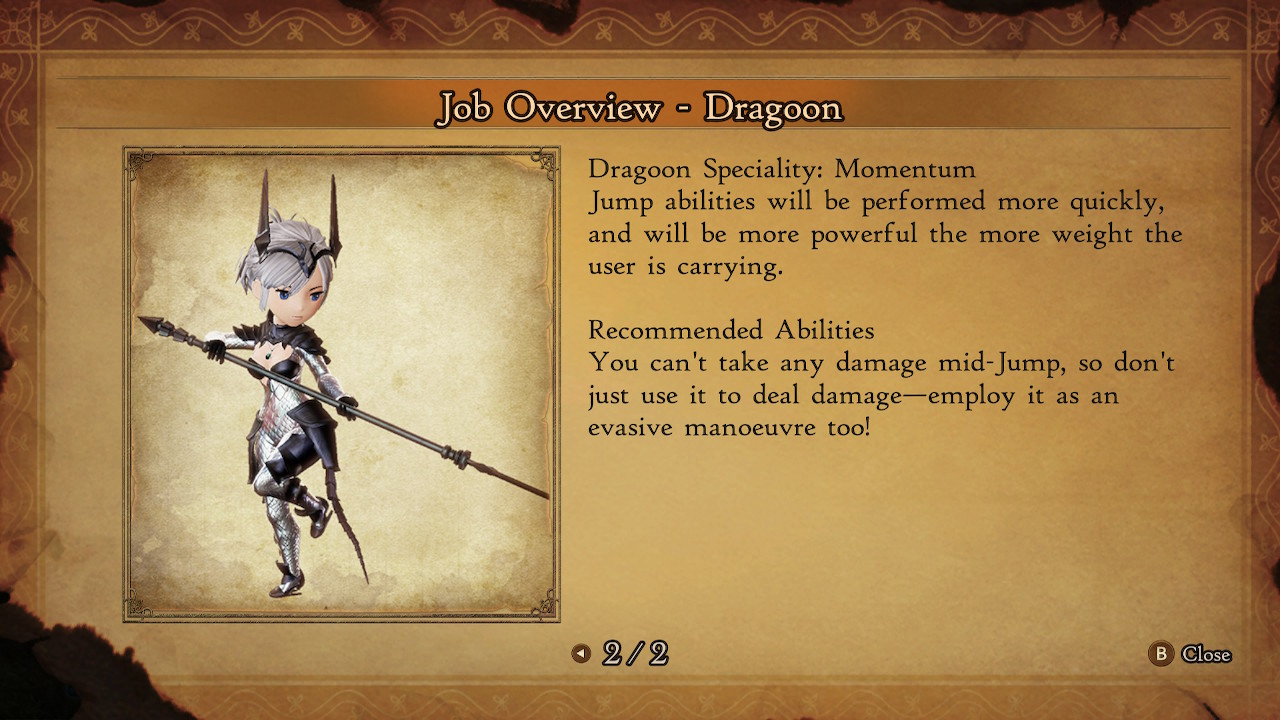 Dragoons in Square Enixs’s games are as old as the company itself and Bravely Default 2 wouldn’t miss the chance to include them in the already big roster. Always accompanied by their fascinating spears, they are both regal and fierce, complementing perfectly the role of dragon guardians in this entry. Let us waste no more time, and jump right into this Dragoon guide.

While Dragoons are a little odd in Bravely Default 2, they remain extremely balanced with high power and equal speed. A physical-damage type Job of course, able to utilize their trademark Jump skill, in order to avoid damage and dish it out tenfold in the following turns. 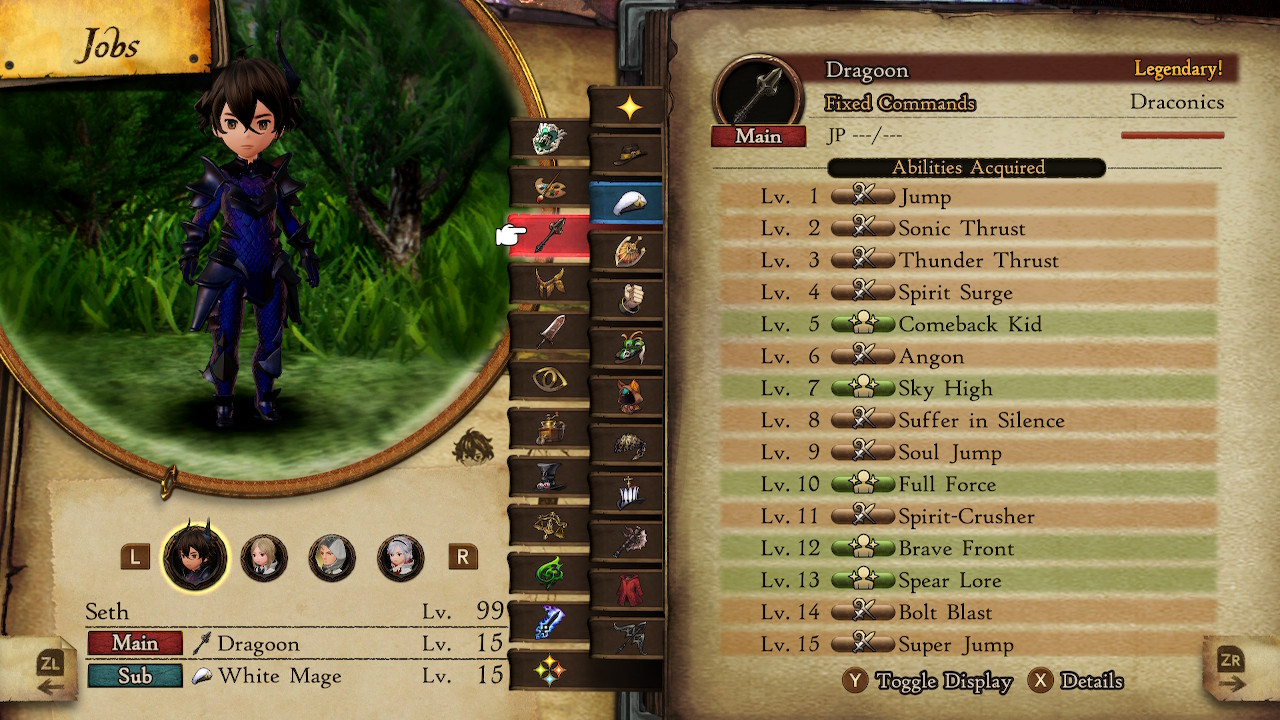 Based on what you see through their kit, Dragoons are powerful physical attackers that also provide some utility in the party. That said, they are an quite ‘expensive’ Job. What I mean by that is that their abilities require a lot of resources to be used, mostly in the form of BP. If you manage out their high costs though, you are going to have a great advantage over any battle, as their moveset is rather strong.

Of course, we have the Jump skill and all of its variations. Essentially what it does, is that you literally jump out of combat, crashing down a few turns later inflicting a lot of damage. Based on the passive abilities you have equipped and the weight of your character, that damage is increased. It is highly advised to also equip Hellblade’s Surpassing Power skill, as your Dragoon will cause cap damage with ease. Letting them bypass that limit, is pretty much mandatory at any stage of the game.

Dragoons become extremely valuable when you reach level 12. They get their Speciality II, which lets them dual wield early in the game, without the second weapon losing any efficiency at all. That is only if you have a spear or sword equipped in the left hand, but since their affinity with such weapons is the highest, I don’t see any reason why you’d want something else. Maybe in the post game, but until then, spears and swords are the go-to for this Job.

Another trait Dragoons have, is their big amount of passives they unlock through their kit. Your AOE damage is heavily affected if you equip some of them, making those abilities a must for farming or in general taking out groups of enemies faster. This alone makes Berserkers a great fit as a sub-job for a Dragoon, as their kit also revolves around AOE damage. Since Dragoons benefit this much from their Specialities, keeping them as a main job is way more beneficial than a sub-job, hence why Berserkers should fill that role.

Also, another great fit for Dragoons, is the last Job you unlock in the game, the Bravebearer. Through their kit, it won’t matter if it’s a sub or main job (since they can enable both Jobs’ Specialities), in conjunction with the Dragoon, so feel free to experiment and see what fits best your playstyle. The reason why they are such a good combo, is due to Bravebearer’s passive income of BP at each turn. Since Dragoons rely heavily on BP, it’s only natural for a Job that refills them quickly to make the most out of them. Even if you do unlock them quite late into the game, it’s more than worth it.

Dragoon are always an awesome Job to look at, and in Bravely Default 2 they are no exception. They do require some investment to become literal physical juggernauts, but you will receive back the benefits of such effort very fast, making it time well spent. There are other ways of taking advantage of the Dragoon Job, like equipping the Salve-Maker’s Thrust and Parry ability, essentially reducing incoming damage by 50%, and many, MANY more combinations with other Jobs. This guide however has come to an end, so make sure to give them a try and as always, don’t be afraid to experiment. The holy Spiritmasters are coming up next, as we will be checking them in detail.