Dying Light 2: All Nightrunner Tools and How to Get Them

Increase your chances of survival with these extremely helpful tools. The Nightrunners are mostly an extinct group of people who, despite their affiliations and beliefs, helped the surviving people after the Harran incident. They’d go through even the darkest depths, putting themselves in danger, for the well-being of others. Of course, they had a trusty kit of tools to help them traverse the world in Dying Light. You, Aiden Caldwell, will get these tools to help you along the way. Here is how you can get all the Nightrunner tools in Dying Light 2.

How to get all Nightrunner tools in Dying Light 2

There are a total of six tools in the game, which will help you greatly in finding useful items like GRE containers or help you in finding needed crafting materials. These are the tools along with where and how to get them:

GRE Data Key: This is earned after meeting with the informant in the Pilgrim’s Path Story Quest. It’s the item that will help you gain access into GRE quarantine zones as well as help you open the GRE containers that give you more immunity. 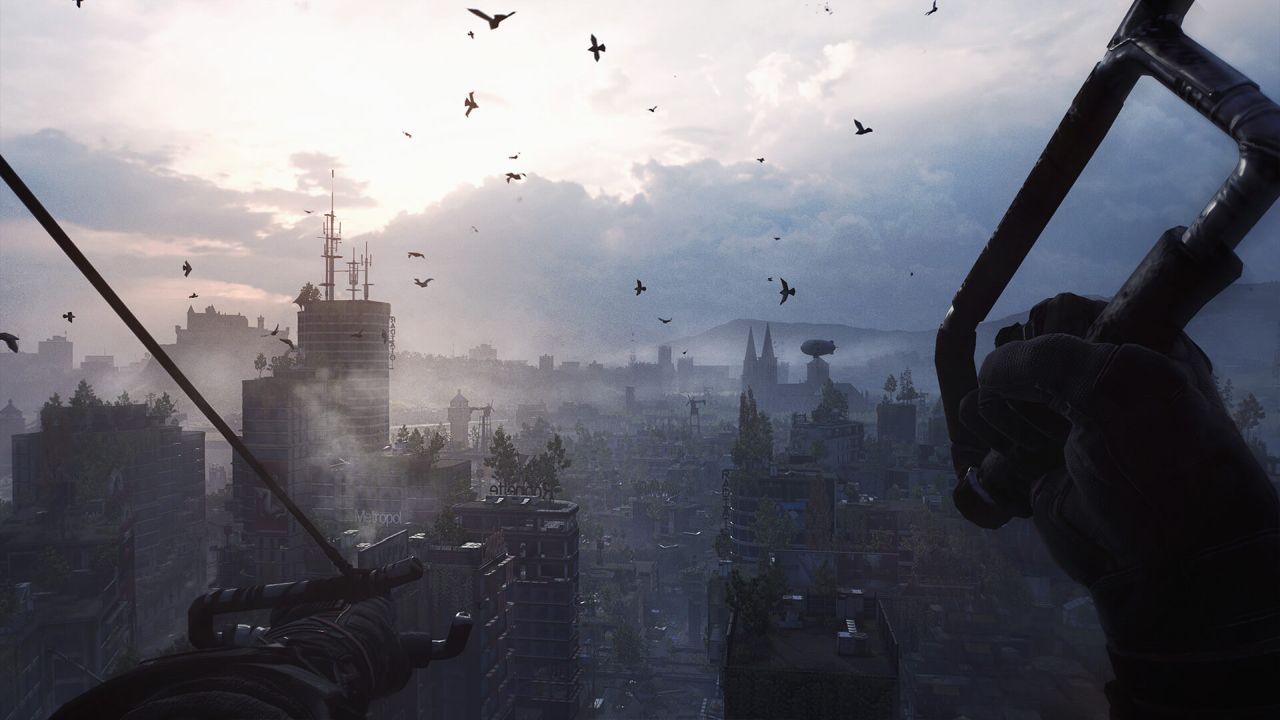 Binoculars: After going through the Saint Joseph Hospital with Hakon in the Markers of Plague Story Quest to get your biomarker, he’ll hand you a pair of binoculars. This is used to scout out landmarks in the Old Villedor and Central Loop areas from afar. You’ll notice a crack on the lenses, but they can’t be repaired or upgraded in any capacity.

Paraglider: After escaping Waltz’s attack against you and the PK’s in the tunnel leading to the Central Loop, a woman by the name of Lawan will help you. As you eventually get through the car factory and into the Loop, she hands you an old paraglider. This item can be upgraded through the Craftmasters using Old World Money and Military Tech.

UV Flashlight: You’ll receive this from Meyer in the Welcome on Board Story Quest. The UV Flashlight is excellent in temporarily stunning the infected. It can also be upgraded to have a longer-lasting battery from the Craftmaster for Old World Money and Military Tech. Grappling Hook: During the Broadcast mission, Frank will tell you of a deceased Nightrunner’s hook left behind. Conveniently enough, it’s on the same floor of the VNC Tower where Lieutenant Rowe’s entire squad gets killed by the exploders. This can be upgraded.

GRE Detector: Also during the Broadcast mission, you will acquire this tool to make locating inhibitors much easier. What this does is actually pin where they are on the map if you have satellite signals in the areas!

Attack of the Fanboy / GAME GUIDES / Dying Light 2: All Nightrunner Tools and How to Get Them