Here's how you can experience the story of Diallos and Lanya. When you arrive at the Roundtable Hold in Elden Ring, a nobleman named Diallos asks you to keep an eye out for a young woman named Lanya on your travels. He doesn’t say much about the situation, but he is worried that Lanya may have gotten herself into a bit of trouble and he can’t go looking for her himself. That means it’s up to you to track down this man’s missing companion, but he doesn’t have the slightest idea where to begin looking. Thankfully, you can find Lanya very early in your journey. Here’s where to find Lanya in Elden Ring.

Where is Lanya in Elden Ring?

Lanya is found in the center of Liurnia of the Lakes directly next to the Academy Gate Town, which is a short distance southeast of the Raya Lucaria Academy. You can see her exact location on the map below. There’s a Site of Grace nearby, so you should be able to teleport to her location from anywhere on the map as long as you’ve already been to this location before. What Happens When You Find Lanya

When you arrive at the Academy Gate Town, you will hear Diallos’s voice. You can follow the sound of his voice to discover Lanya laying on the floor, dead. Diallos swears he will get his revenge on whoever did this to poor Lanya, and this kickstarts an entire questline revolving around him and his newfound quest. You can find Diallos later back at the Roundtable Hold where he will tell you that he is seeking a place on “Mt. Gelmir, found off the old road that leads west from the town of windmills.”

How to Find Diallos at Mt. Gelmir

Mt. Gelmir is in the northwestern region of the map, but Diallos is heading to one place in particular on Mt. Gelmir. That place is Volcano Manor, which can be found in the western part of the Atlus Plateau region. The easiest way to reach the Atlus Plateau is to use the Grand Lift of Dectus, which requires both halves of the Dectus Medallion to activate. The windmills that Diallos mentioned are along the northern edge of the Atlus Plateau, so just follow the road to the west from there to find Volcano Manor and continue the questline. 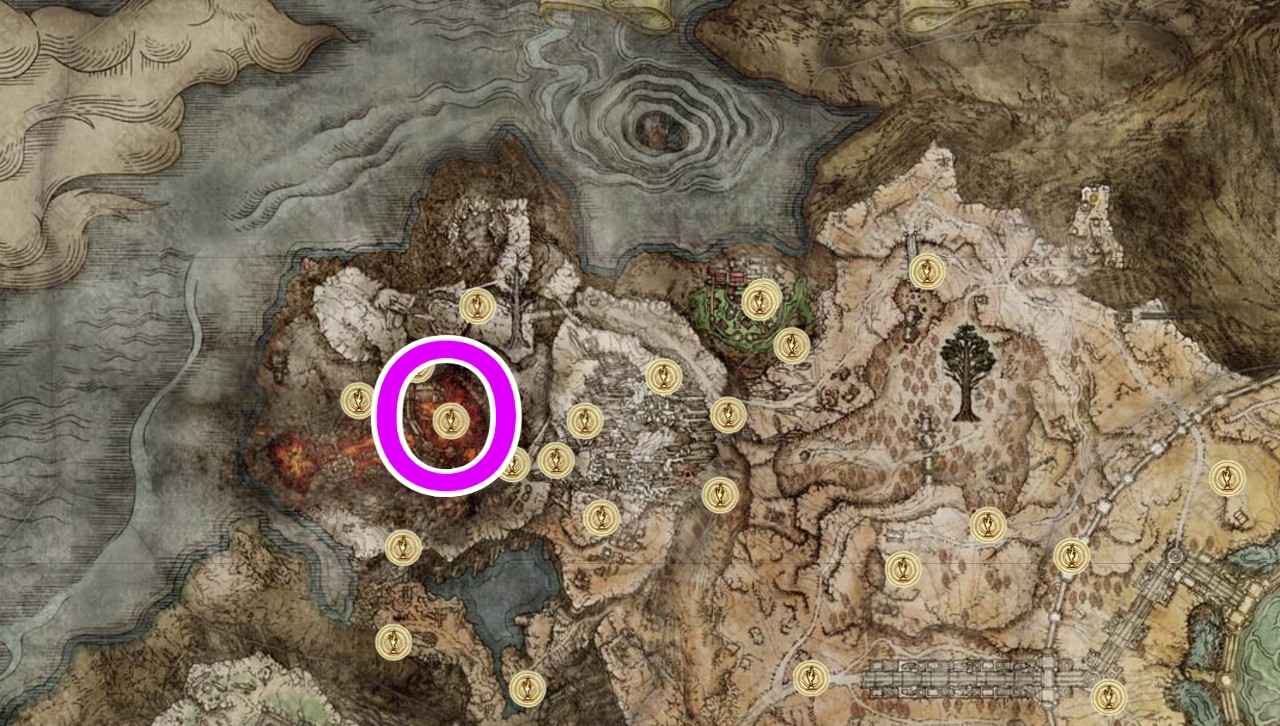 When you arrive at Volcano Manor, join them to receive the Drawing Room Key. When you use the key, you will find Diallos there waiting for you. We won’t spoil where our friend ends up, but make sure you exhaust all of his dialogue lines before leaving. You will then be able to speak to Diallos later in the game after defeating Old Knight Istvan for the inhabitants of Volcano Manor, and that seems to be the final time that Diallos has anything new to say to you.

The latest Elden Ring update has added the final chapter of Diallo’s story. Check out our next guide to figure out how to finish the Diallos questline for real.