FIFA 19 How to Shoot

You've got a lot of options when it comes to shooting in FIFA 19. 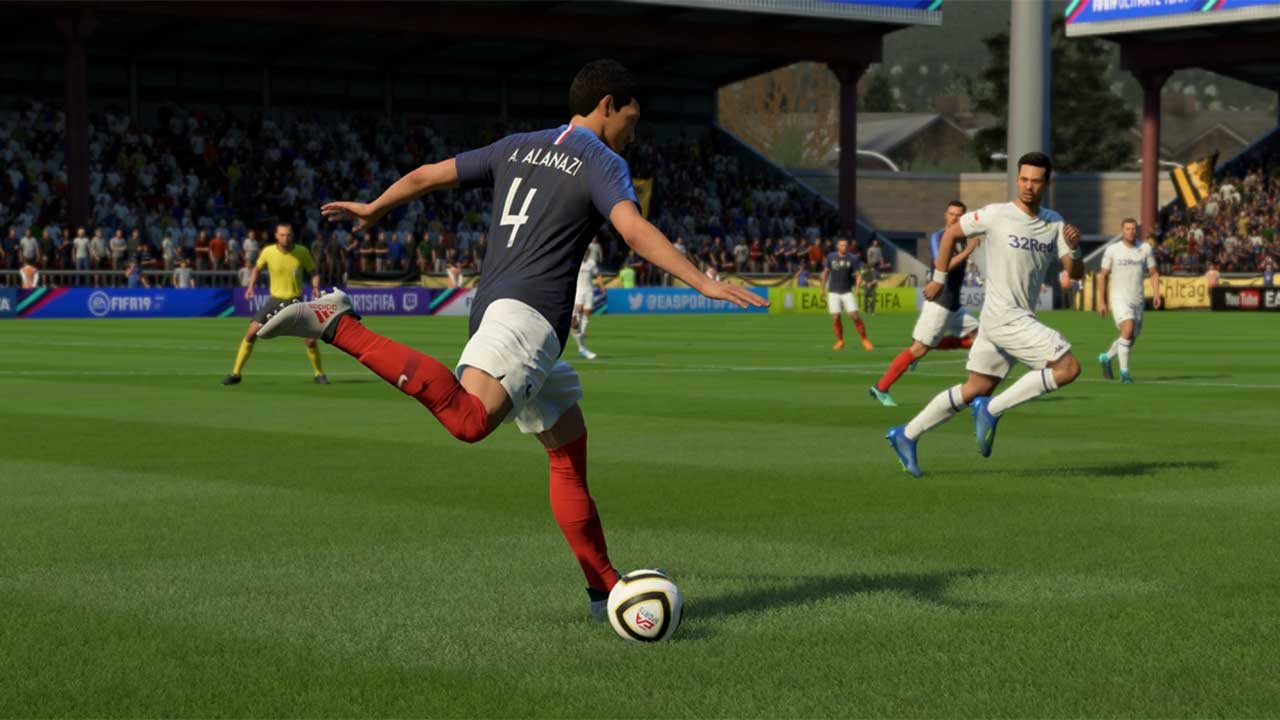 Learning how to shoot in FIFA 19 might be the biggest thing you’ll need to learn as there are a number of new and old ways to put the ball in the back of the net. There are new aiming mechanics, new buttons to learn, a new timing system to master, as well as the need to know what types of shots your players are capable of. This guide will explain all the ways you can shoot in FIFA 19.

There are multiple shot types in FIFA 19. There are normal shots, driven shots, timed finishing shots, chip shots, bicycle kicks, flair shots, finesse shots, as well as things like volleys and headers. All of these things can potentially be pulled off on any given play. The main thing to know is that all of these shots are built around the shoot button which is B (Xbox) or Circle (PlayStation). Most of these different shots can then be taken by pressing a combination of another button with the shoot button.

Taking a normal shot on goal can be done with the shoot button B (Xbox) or Circle (PlayStation), but you should always be aiming with the left thumbstick as well. You can use the thumbstick to change the elevation and the direction of the shot. You’ll want to slightly press the thumbstick in the desired direction of the shot. Pressing it too hard will cause the shot to be off the mark or sail over the goal. This directional input should be used with the power meter for a shot. As long as you hold down the shoot button a power meter will fill. Depending on where you are located on the pitch, you’ll want to hold this button down longer for longer shots and shorter for shots close to the goal.

The shoot button is also used for volleys and headers. Simply pressing the shoot button when a ball is coming towards a player will cause them to make a header attempt or simply try to get a foot on the ball and direct it towards the goal.

The finesse shot is a technique that allows accurate shooters to shine as it takes a little bit of power off of the shot for a curling shot that tries to beat the goalie by going around them. A finesse shot is a good solution for a one on one with the goalkeeper and can be performed by pressing the RB + B (Xbox) or R1 + Circle (PlayStation).

The flair shot is used when you really want to rub it in with a player that has a high flair rating. They can pull off some pretty amazing shots when using the Flair Shot. This includes shots that are both powerful and curving that are nearly unstoppable if hit correctly. We’ve found that these shots are best used from greater distances, outside the penalty box. You can perform a Flair Shot by pressing the LT + B (Xbox) or L2 + Circle (PlayStation).

The chip shot doesn’t have that many uses in FIFA 19 when you’ve got so many better alternatives but when the goalie is out of position it’s one of the best shots you can take. If the goalie has strayed a little too far from the net you can use the chip shot to lob the ball over their head and into the goal. The chip shot can be performed by pressing LB + B (Xbox) or L1 + Circle (PlayStation).

There’s nothing quite like scoring a bicycle kick. It’s one of the flashiest plays in soccer and requires great timing in FIFA 19. When you’ve performed a lobbed lead pass, high cross, or have any type of vertical striking angle on the ball, you can perform a bicycle attempt. Doing a bicycle requires that you press the LT + B Button while the ball is in the air. You’ll want to try and time the button press just as the ball is approaching the player.

The timed finish mechanic in FIFA 19 is something brand new for the game.  Instead of simply pressing these buttons one time you can then press the shoot button a second time to try and time the shot attempt perfectly.  If you do, you can get a nearly unstoppable shot on goal.  These timed finishes apply to headers, volleys, normal shots, chip shots, and every other shot you can think of.  If you’re having trouble with timed finishes, the trainer mode will show you a meter to help you get it down correctly.