Check out everything you need to know regarding the latest Tartaglia rerun! That’s right, he’s back! A little more than a year after his last appearance/rerun, it was officially revealed during the special program focused on Genshin Impact‘s upcoming version 3.2 that Tartaglia will be one of the characters set to receive a rerun during the version. But when will the Tartaglia rerun banner debut? Now, in order to answer that, as well as to allow you to get fully ready for the new arrival of the Eleventh of the Fatui Harbingers, here’s everything you need to know about the Tartaglia 3.2 rerun banner.

The Tartaglia rerun banner is set to be released as part of the second wave of banners featured in version 3.2 “Akasha Pulses, the Kalpa Flame Rises”. The banner will run simultaneously with Yae Miko’s first rerun. The banners will feature the debut of 4-star Cryo Sword user Layla. Nothing was revealed or leaked regarding the remaining 4-star characters set to be featured as part of the banners.

Given the time frame given to each banner, as well as the fact that the version’s first wave of banners is set to debut on November 2, 2022, as well as the already revealed release date for the game’s version 3.3, is fair to assume that the Tartaglia and Yae Miko banners will become available around November 20-22, 2022. 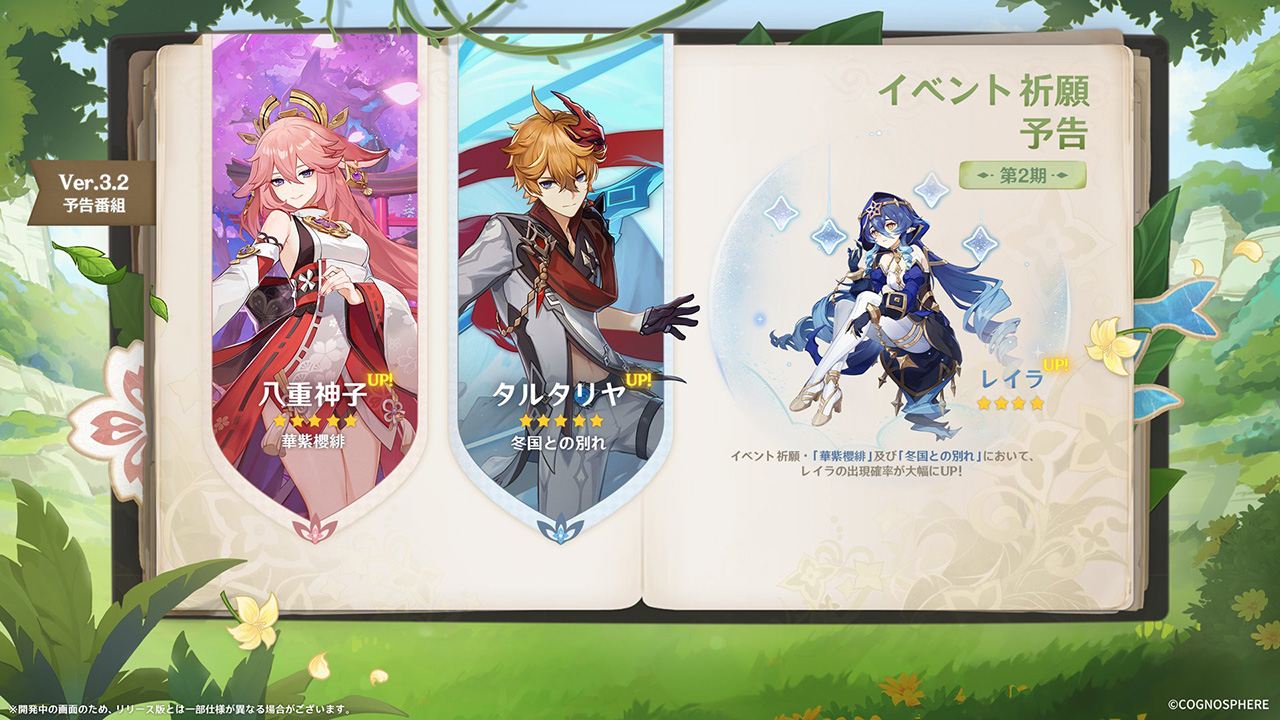 As usual, the banners will run simultaneously with a featured weapon banner, which will, given both Tartaglia and Yae Miko’s signature weapons, feature both the 5-star bow Polar Star and the 5-star Catalyst Kagura’s Verity.

Now that you know when the Tartaglia rerun will debut, don’t forget to also check out the 10 best teams in Genshin Impact.