This young lady is known for her crazy antics, yet she takes her job seriously. 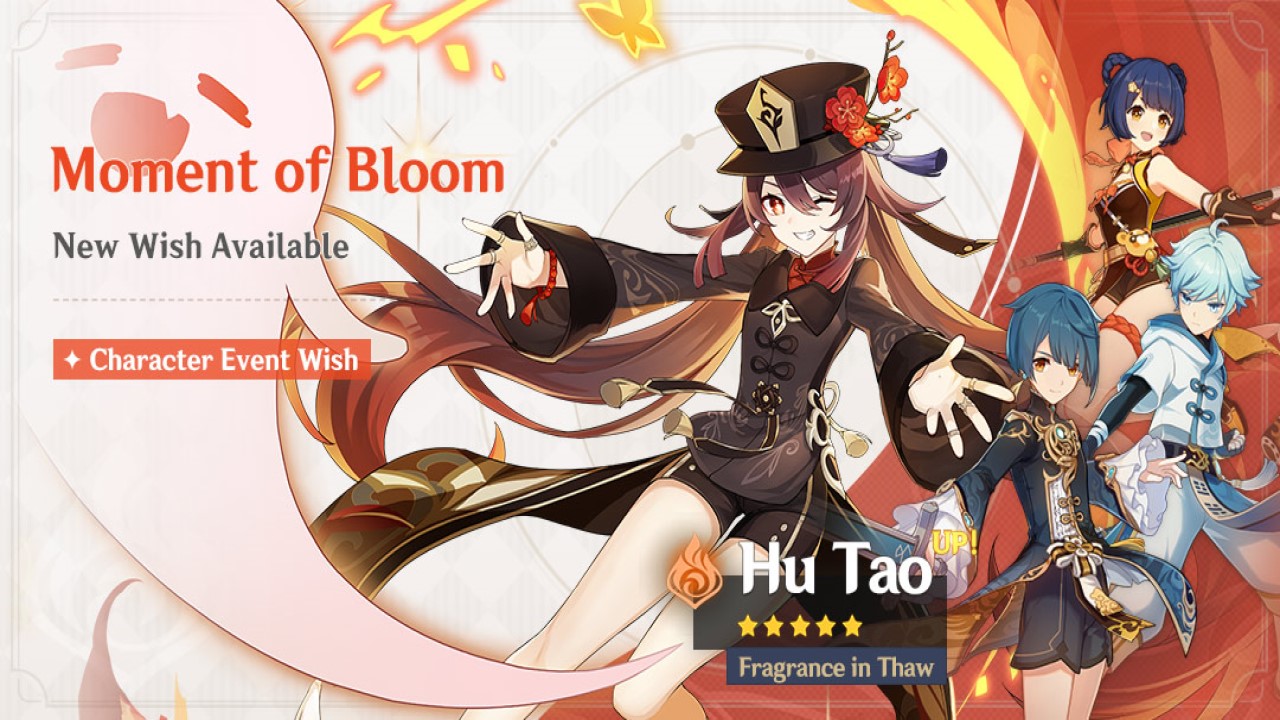 It’s finally happening: after a couple months of rumors and speculation, Hu Tao is making her way into Genshin Impact. The 77th Director of the Wangsheng Funeral Parlor make not always appear to take her job seriously, but she has the utmost respect for her duties.  She also loves Pyro users, since they’re “good for business.” Take that as you will. . . .

Turns out Hu Tao is indeed the third “mystery” banner for Genshin Impact Version 1.3, and she will only be available for two weeks, starting March 2nd at 6pm PST, until March 16th at 2:59pm PST. Hu Tao will make her debut alongside her story quest (“Papilio Charontis Chapter”), which you’ll need to be Adventure Rank 40 and have completed the archon quest Chapter I: Act II “Farewell, Archaic Lord” to undertake. You’ll also need a story key, which is earned from completing 8 daily commissions.

Hu Tao will have a rate-up during her featured banner, and the usual rules apply: Hu Tao will have a 0.6% drop chance per pull, but at pull 90 you’ll have a 50/50 shot of getting her or another 5-star character. At pull 180 you will get Hu Tao full stop if you haven’t already. You could luck out well before that, and your pity-counter from previous featured banners will carry over into “Moment of Bloom”, so be sure to take that into account before pulling. No, there aren’t any coupons for this banner.

As always, there are three 4-star characters with rate-ups in the Hu Tao “Moment of Bloom” banner in Genshin Impact. Xiangling is a Pyro and spear-wielding damage dealer, Chongyun is a frosty exorcist who uses Cryo and a claymore to freeze opponents (meaning he will pair nicely with the fiery Hu Tao), and Xingqiu is a potent support character who uses Hydro and swords in battle (though he can be made into an equally potent damage dealer with a constellation or two *wink-wink*).