How to Complete The Hidden Shape Quest in Destiny 2 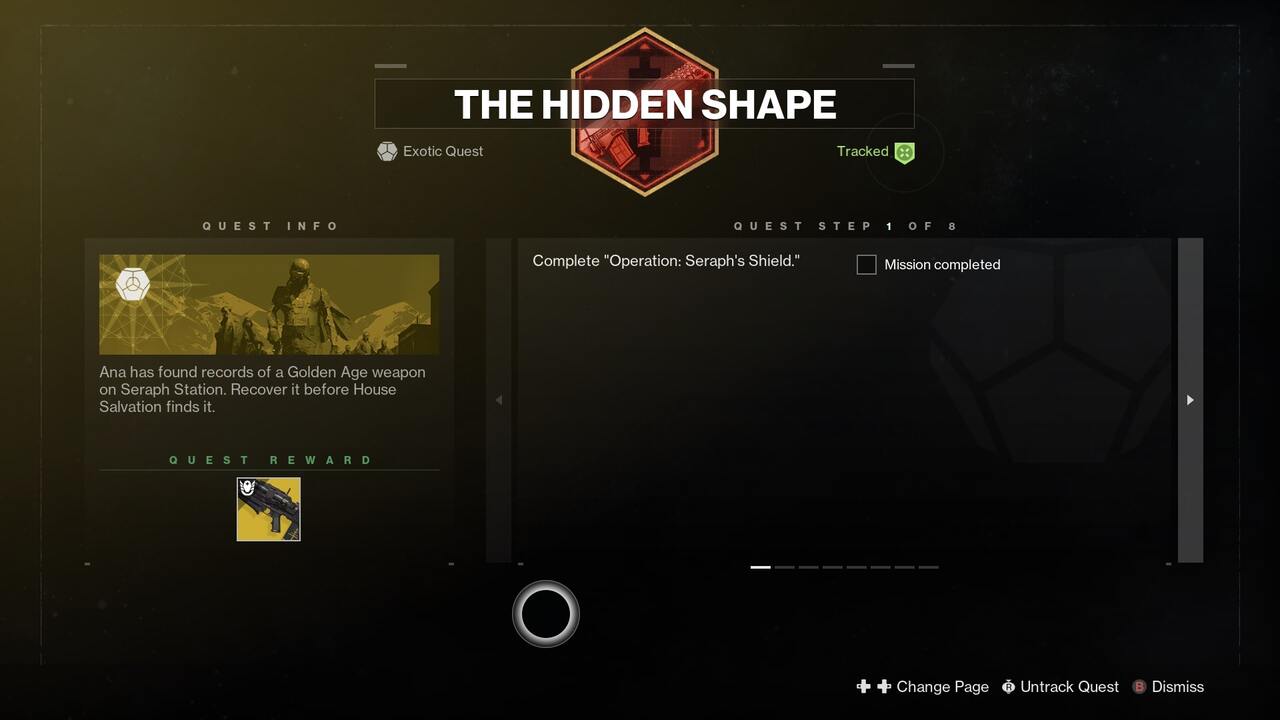 Once Operation: Seraph’s Shield is completed, you need to return to Clovis Bray the Exo Frame at H.E.L.M. and talk to him. He will give you Revision Zero and give you the next instructions to complete the The Hidden Shape quest.

After that step, you’ll be on to step 3 which is to complete “The Arrival” mission which is the first mission in the The Witch Queen campaign. The only way to get The Hidden Shape is to own The Witch Queen which means you’ll most likely already have completed the campaign. If you haven’t, stop everything and play through The Witch Queen.

Steps four through six include completing specific quests that are part of The Witch Queen that explain crafting and how to use it. First, you need to complete “The Relic,” then “Shaping: Extraction,” and lastly “Shaping: Resonant Alloys.” If you aren’t new to Destiny 2, then you’ll most likely already have these quests completed and they will automatically be marked as done in the The Hidden Shape quest.

The last step is to shape Revision Zero. To do that, head to the Enclave which is located in Savathun’s Throne World and interact with the crafting station. Once the weapon is shaped, you’ll complete The Hidden Shape and be on your way to collecting all four Revision Zero catalysts.