Splicing up Your Profile Icon in Tower of Fantasy. 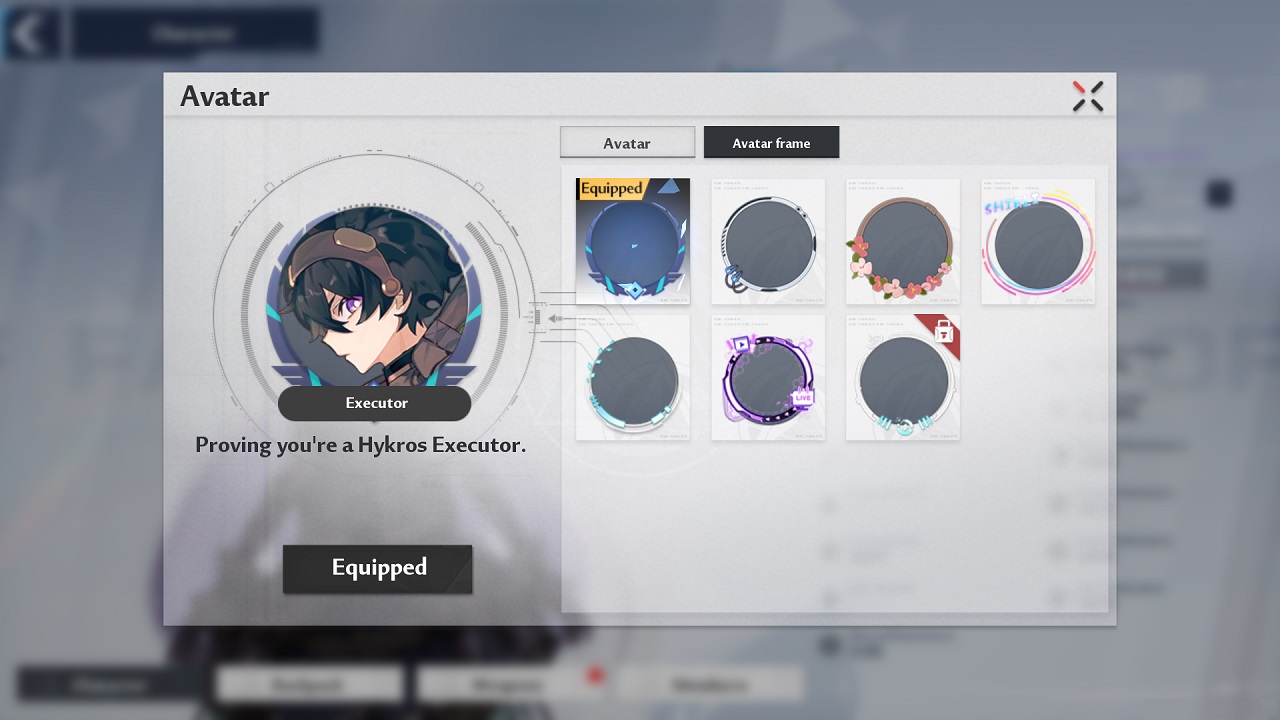 The Executor avatar frame in Tower of Fantasy despite its name is not unlocked via story progression through the main quests of the game. Numerous customization aspects exist in Tower of Fantasy. Such ranges from creating your character and bestowing them with different outfits to intricacies such as acquiring avatars and avatar frames for the player profile. Considering the game’s socialization aspects, changing up avatars and avatar frames helps to differentiate one player from one another while they converse in talk channels. So it wouldn’t hurt to get ones that are unique from others.

Acquiring the Avatar Frame Hykros Executor in Tower of Fantasy

The good thing about the Executor frame is that it is an avatar frame that can be acquired in-game without the need for battle passes or events. The item is obtainable as early as when a player is first granted access to Hykros, in a supply pod located at the very top of the protruding tower extending out the central dome.

Players can access Hykros from any of the Omnium Towers that are scattered around the different regions. After teleporting to Hykros, the player will spawn at a gate outside the dome, with a path heading inward. Instead of going inside, climb the outer walls of the entrance until you’ve made your way up the energy dome, standing before the signal tower in the middle. Players should have gotten some additional endurance before attempting the tower climb in case they mess up.

Players will now need to pull off the infinite stamina trick multiple times as they make their up the tower. For players unfamiliar with the trick, the process entails latching onto the wall, letting go, jumping twice then latching onto the wall again. Players must remember to let go before jumping up as they’ll otherwise expend stamina, which won’t be enough to get them up to the top of the tower. One wall intersection might need power climbing as opposed to being hopped over, so keep that in mind. If done successfully, players should now find themselves at the top of the tower before a golden supply pod. Open it up to receive the Hykros Executor avatar frame.

For players disinclined in attempting the grueling climb but wanting to obtain the avatar frame, there are other methods available. Find any player or friends who are interested and adept at doing the infinite stamina trick, wait for them to climb the tower, then ask them to create a team after they’ve arrived at the top. Join their team, then teleport to their current location to skip out on the climb and open up the supply pod without hassle.

Conversely, feel free to help your friends or crewmates out from skipping the climb if you’ve proven successful at climbing the tower. Start a team and let them join you.