This Domain doesn't seem to have an entrance at first glance. 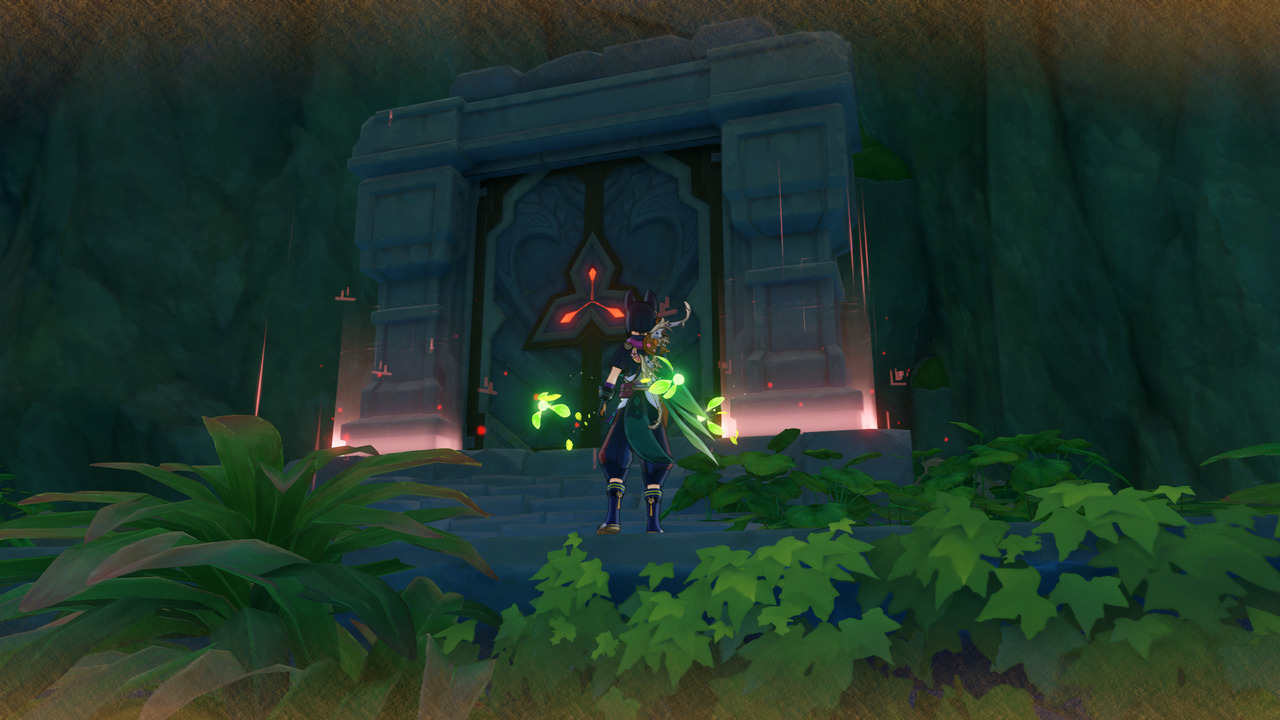 The all-new Sumeru region in Genshin Impact is home to several secrets, but the Coordinates of Sun and Rain Domain is stumping several players that are struggling to reach it. This Domain is located in the southwest portion of Sumeru in the Apam Woods area, which can be found between the Ashavan Realm and Ardravi Valley.

Despite the Domain’s icon being marked on the map, there is seemingly no way to access it up on first glance. That’s because it cannot be unlocked until you complete a certain world quest first. Here’s how to unlock the Coordinates of Sun and Rain Domain in Sumeru in Genshin Impact 3.0.

How to Access the Coordinates of Sun and Rain Domain in Genshin Impact 3.0

The Coordinates of Sun and Rain Domain is actually located underground, which is why there appears to be no entrance on the surface. To reach the Domain, you must drop down into a pit located in the middle of the island in the center of the nearby lake. You can see its location marked on the map below. 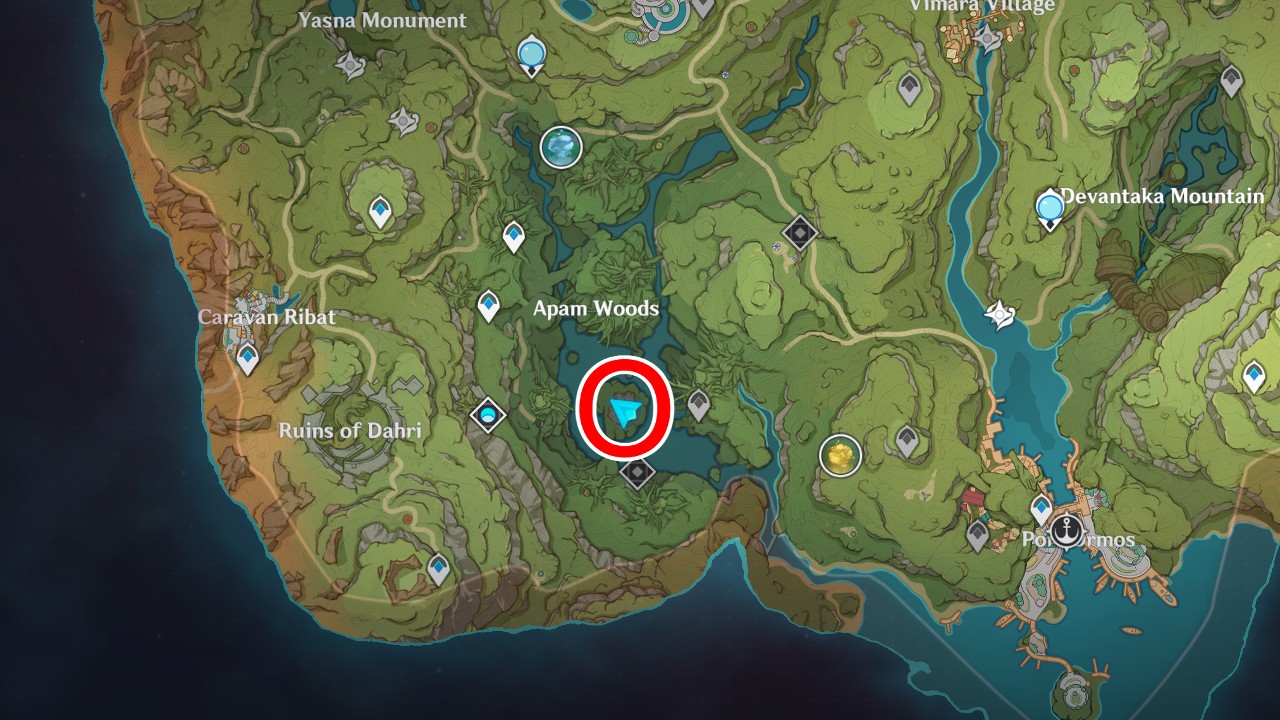 Before you can access the underground portion of Apam Woods and reach the Coordinates of Sun and Rain Domain, however, you must complete the Varuna Gatha questline. This world quest cannot be started until you receive the Aranyaka book during the Sumeru main story questline. You’ll know you’re far enough if your current Dream Nursery quest is “Children of the Forest.”

How to Start the Varuna Gatha World Quest in Genshin Impact

Once you have made enough progress in the main Sumeru story, you can start the Varuna Gatha world quest north of Apam Woods just below the Statue of the Seven. It will be marked on your map once you get close enough. After accepting the world quest, just complete the listed objectives normally. Eventually, you will be sent underground, and the entrance to the underground portion of Apam Woods (pictured below) will open up and allow you to drop down to the lower levels. 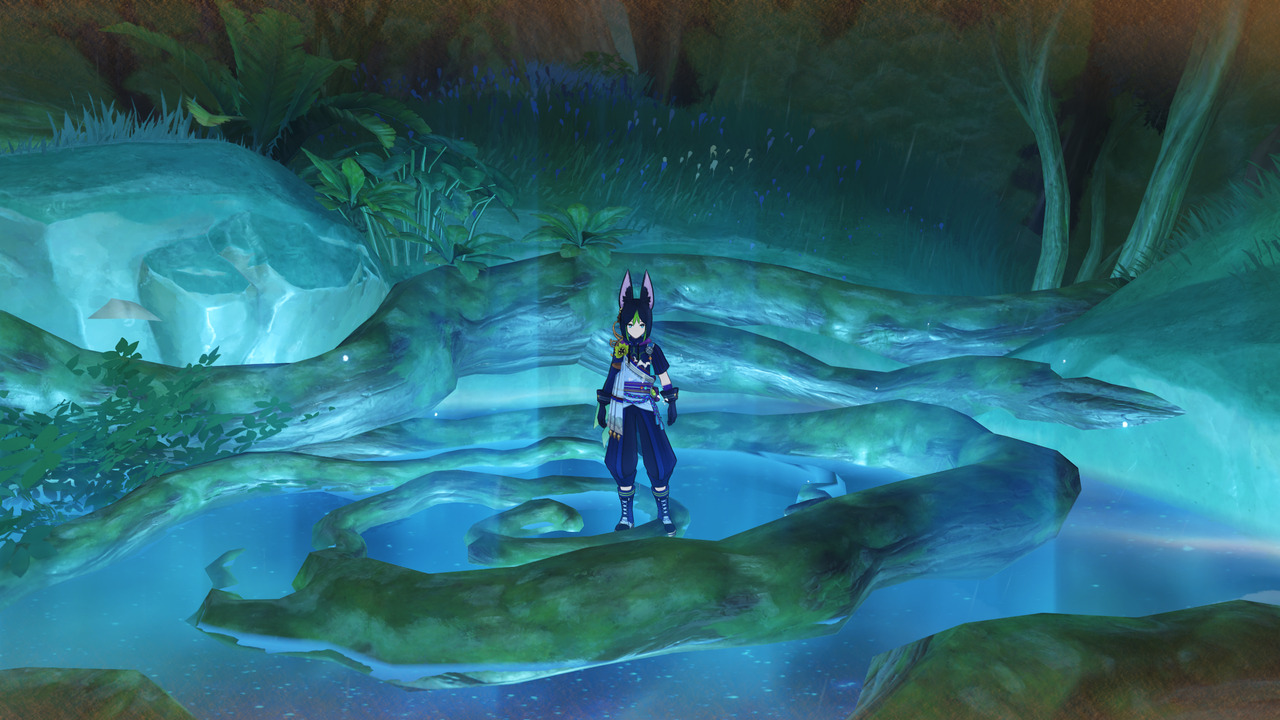 Once you delve into the depths beneath Apam Woods, you will find new areas to explore and, more importantly, a clear path to the Coordinates of Sun and Rain Domain. Just continue along the main path to complete your Varuna Gatha objectives and you will come across the Domain’s entrance naturally. Make sure to interact with it so you can fast travel back there later! There are a few other hard-to-access Domains in Sumeru, so keep your eyes peeled for alternate routes and complete as many world quests as you can.