How to Watch Summer Game Fest 2022: Schedule, Streams, & What to Expect

Find out what is in store during Summer Game Fest 2022! 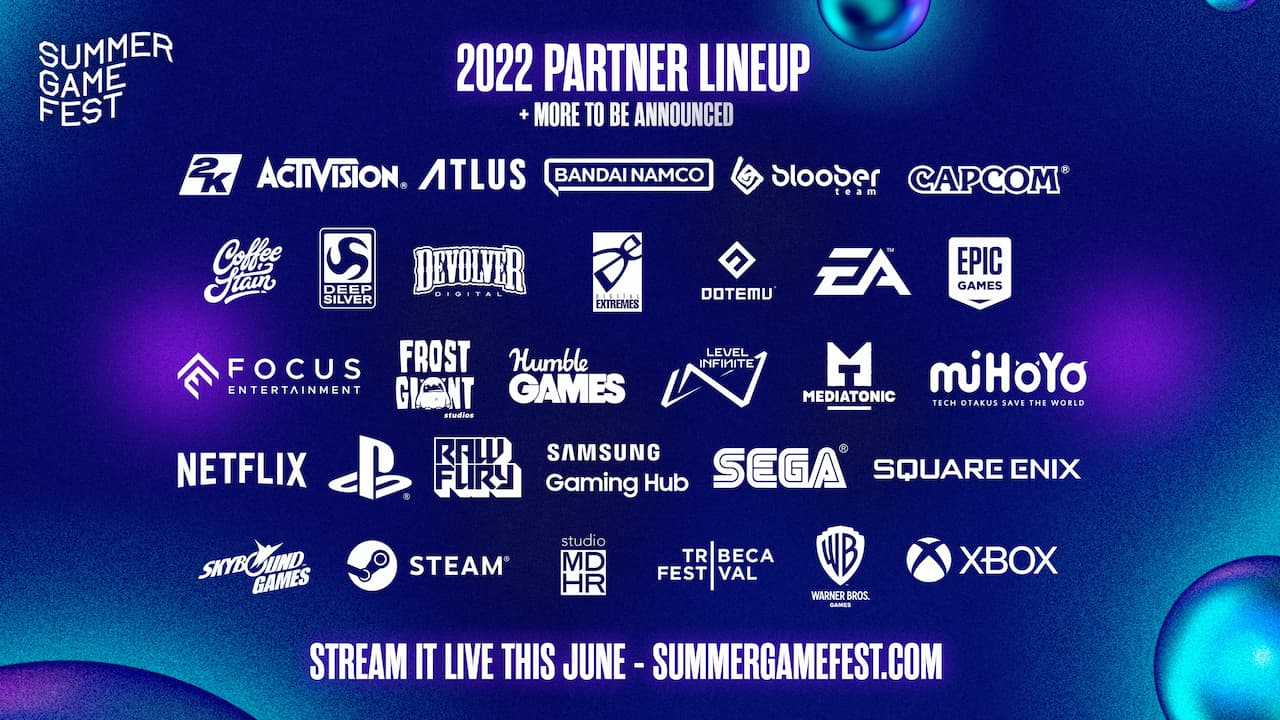 With the news that E3 would not be returning this year, it looks as if Geoff Keighley is stepping up with Summer Game Fest to kick off the newest game announcements. With the newest generation systems finally finding their footings and becoming a little easier to get, you can expect to start seeing some groundbreaking titles come out for them soon, and it seems like we may have some great reveals to look forward to during this conference. Let’s go into the details, and get excited about what to expect.

Where To Stream Summer Game Fest

There will be multiple ways to get your gaming fix this year, with the official @thegameawards Twitch Channel, YouTube channel, or directly on their website. You’ll be able to sign up for notifications as to when the event goes live. If you are not able to get to their channels at this time, you’ll be happy to hear that the event will go live on June 9th at 11:00 am PT, 2:00 pm ET, or 6:00 pm GMT.

So many exciting events coming your way, here's our new promo featuring the premiere of the new @muse song "Will of the People."

See you live on Thursday, June 9 for our big showcase event! https://t.co/59xiIzexLf pic.twitter.com/Q5bEjfE1g1

Many companies seem eager to let the world know what is going on behind the scenes, with a large list of confirmed developers and publishers putting out their newest work at the event, including:

And even more to be announced. With the speculation of a new Silent Hill title, it will be intriguing to see if this is the event where it is revealed. Since Summer Game Fest seems to be taking over the thunder that E3 once delivered, we can expect to see some great reveals, including many different World Premiers. With his newest tweet, it seems as if Geoff is hinting at appearances by Sifu, Sonic, One Piece, Multiversus, and more!

Tune in next Thursday, June 9 for the world premiere announcement of the first game from @frost_giant Studios, a team of veteran developers. pic.twitter.com/LdQHnD037T

What To Expect At Summer Game Fest

Geoff Keighley has been putting on The Game Awards since 2014, offering world exclusive premiers, new title announcements, and interviews with famous developers. Although his name isn’t on there, we can hope to see Geoff’s best friend Hideo Kojima come along at some point, especially with all of the rumors going around about a possible sequel to Death Stranding. There have been confirmed announcements and many surprises in store for the fans so we can only wait patiently to see what kind of games will be unleashed upon the world on June 9th.

With this many publishers and developers on board, it’s an exciting time. Alongside the upcoming State Of Play, it’s an amazing time to be a gamer, and now that the PlayStation 5 and Xbox Series X/S are starting to take strides to unleash their true potential, we can only expect to see some truly mindblowing experiences shown off at this event.

Attack of the Fanboy / GAME GUIDES / How to Watch Summer Game Fest 2022: Schedule, Streams, & What to Expect