Is Kokomi Worth Pulling for in Genshin Impact?

For or Against the Sangonomiya Priestess. 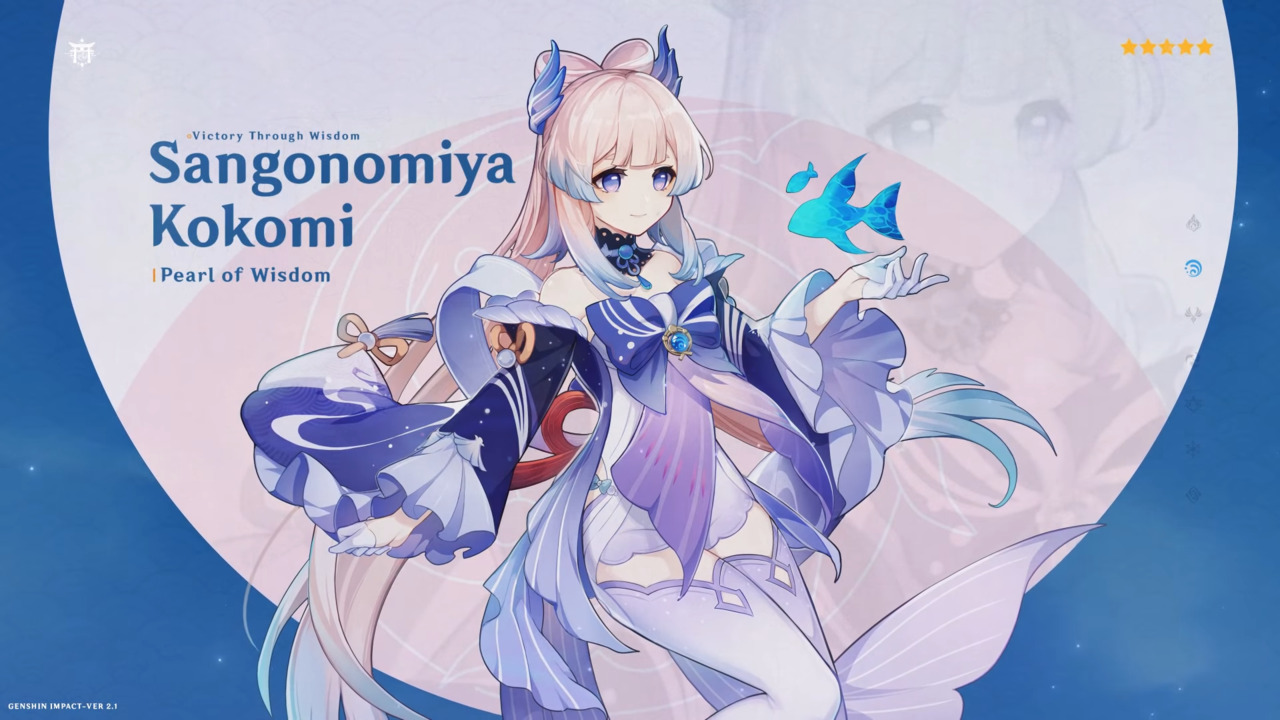 Kokomi being the premium 5-star Hydro Healer is quite sought after to this day by players who don’t have her in Genshin Impact, and with a rerun banner soon arriving, it is likely that questions are being asked as to whether or not it’s a good idea to acquire the character during her return in the next few days or so. There are nuances to the values that she should be considered using for players intending to spend Primogems on her, and here are some of the aspects that could factor into such considerations.

What Is Good About Kokomi in Genshin Impact?

Kokomi is a 5-star hydro catalyst user that functions mainly as a healer. She is very apt at her role due to her abilities being built entirely around the prospect of maintaining the hp of her and her teammates. This healing capability used to come at the expense of damage but has been remedied somewhat since the inception of the Ocean-Hued Clam artifact set, which converts excess heals to AOE damage. The fact that she is a catalyst also means that players have a greater variety of weapon choices to pick from, due to the many varieties of catalysts that exists in Genshin at this point.

Other points to consider that make acquiring her a benefit include that she is relatively easy to build artifact-wise due to the limits on her damage. Players can stack HP% and Healing Bonus on her with the addition of Energy Recharge to make the most out of her character kit, shortening the time that it requires between obtaining her and grinding out the materials and artifacts that she needs to be able to function optimally in a team.

To compound on top of that, she is a very reliable element enabler due to the consistency of her Elemental Skill at applying hydro to the enemies, her reliability makes her a good teammate in Cryo team compositions, where consistently keeping the enemies frozen is key to the team’s success.

Should You Pull For Kokomi Now in Patch 3.0?

The character hasn’t suffered any meta-shifting issues that would make her no longer viable or incapable of being in Cryo team comps, to look at from another perspective, however, the importance of getting her is lessened when the player doesn’t have the Cryo characters necessary to run a Cryo team. Similarly, the character wouldn’t factor into some of the new team compositions that are in place, including ones for Dendro like aggravate, an elemental reaction that largely entails solely using Dendro characters with Electro characters.

From an overlapping standpoint, one can argue against getting her if the player has another capable healer or shielder that is keeping the player’s HP bar healthy. The intersection of roles isn’t helped by the list of characters set to arrive in the upcoming Sumeru content of patch 3.1, who will require just as much if not more Primogems to obtain from the Limited Character Banners.

Ultimately, the deciding factor lies with whether the player needs her for the purposes she serves, and whether or not that opportunity cost is above the other characters set to release at a later date.

Attack of the Fanboy / GAME GUIDES / Is Kokomi Worth Pulling for in Genshin Impact?