Check out a build sure to show all the true power of one of the game's best Cryo supports! 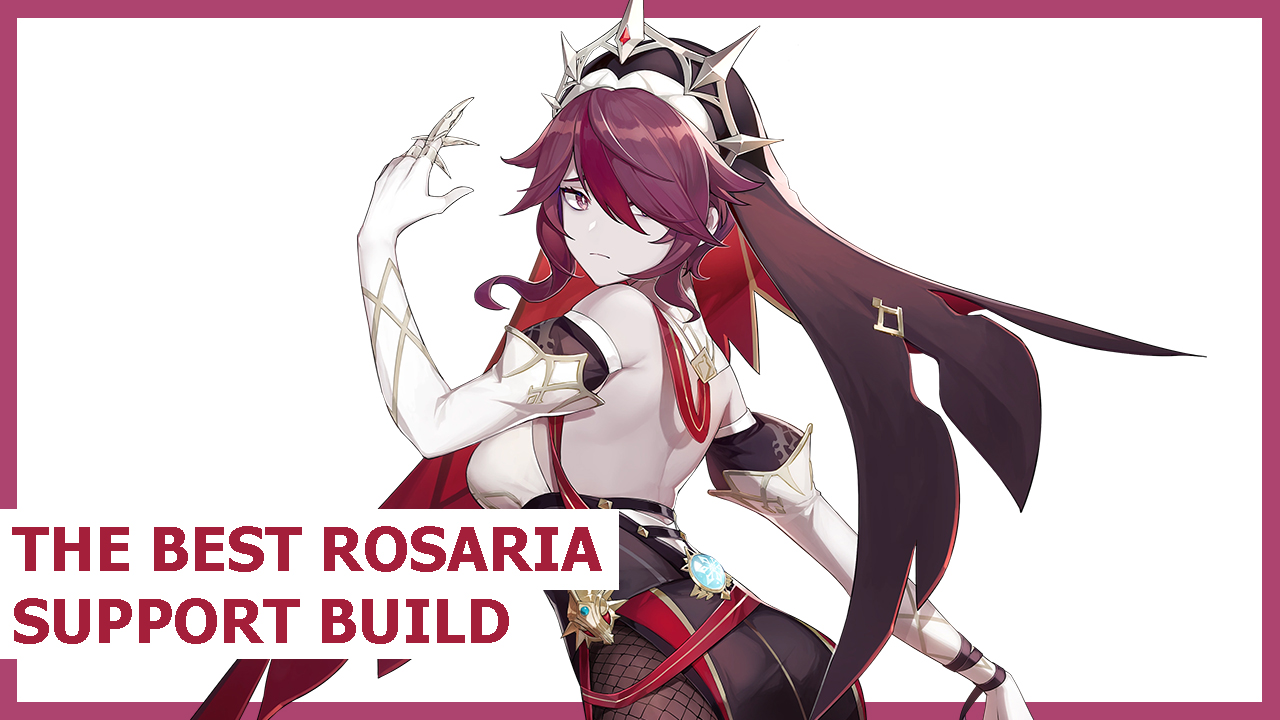 Among the wide array of Cryo characters in Genshin Impact, Rosaria can be considered one of the best, thanks to her ability to work as an excellent Offensive support as well as fill in as a great physical or reaction-based DPS. Now, in order to help you bring out her full potential, here’s the best Rosaria Support build in Genshin Impact.

Given the nature of her set, as well as her ability to supply her DPS with both a good amount of Crit Rate, and, while at C6, decrease the physical defense of opponents, the best artifact set for Rosaria will be a 4-piece Noblesse Oblige. The set is our main choice as it will increase Rosaria’s overall Burst damage and offer the team a great boost in ATK. With that said, differently than most characters in the game, we will not aim for a 50/100 Crit Rate/DMG threshold with Rosaria, instead going for at least 75/100 in order to both maximize her damage and her buff.

The Best Weapons for Support Rosaria

Taking into account that the most important stats for Rosaria are Energy Recharge (when on teams not featuring a battery), ATK, and CRIT Rate, the best weapon for her is the 4-star Polearm Deathmatch at any refinement. The Polearm is our main choice as it will offer her a huge amount of Crit Rate.

The Polearm is then followed by the 5-star Skyward Spine and a fully refined Wavebreaker’s Fin, thanks to the former’s ability to offer massive amounts of Attack and ER, while also increasing Crit, as well as the latter’s ability to massively increase her Burst Damage, although at the cost of having to get artifacts featuring insane amounts of Crit in order to reach our already mentioned threshold. Using the 4-star and F2P-friendly Favonius Lance can also work out great.

To recap, you can check out the best weapons for Support Rosaria below:

Which Talents Should You Prioritize?

Given that Rosaria will be making frequent use of her Elemental Skill and Burst, no matter her team composition, for this build, we recommend that you focus on leveling them up in unison and only focus on her NAs after increasing both to at least level 8.

To recap, here’s in what order we recommend that you level up Rosaria’s talents:

The Best Rosaria Support Build in Genshin Impact: The Best Teams for Rosaria

Thanks to her ability to both enable reactions and offer a great amount of Crit Rate, Rosaria can fit a wide array of Physical and Cryo-focused compositions. With that said, here are a few team compositions sure to bring the most out of her: