Check out the best build for main DPS Ganyu 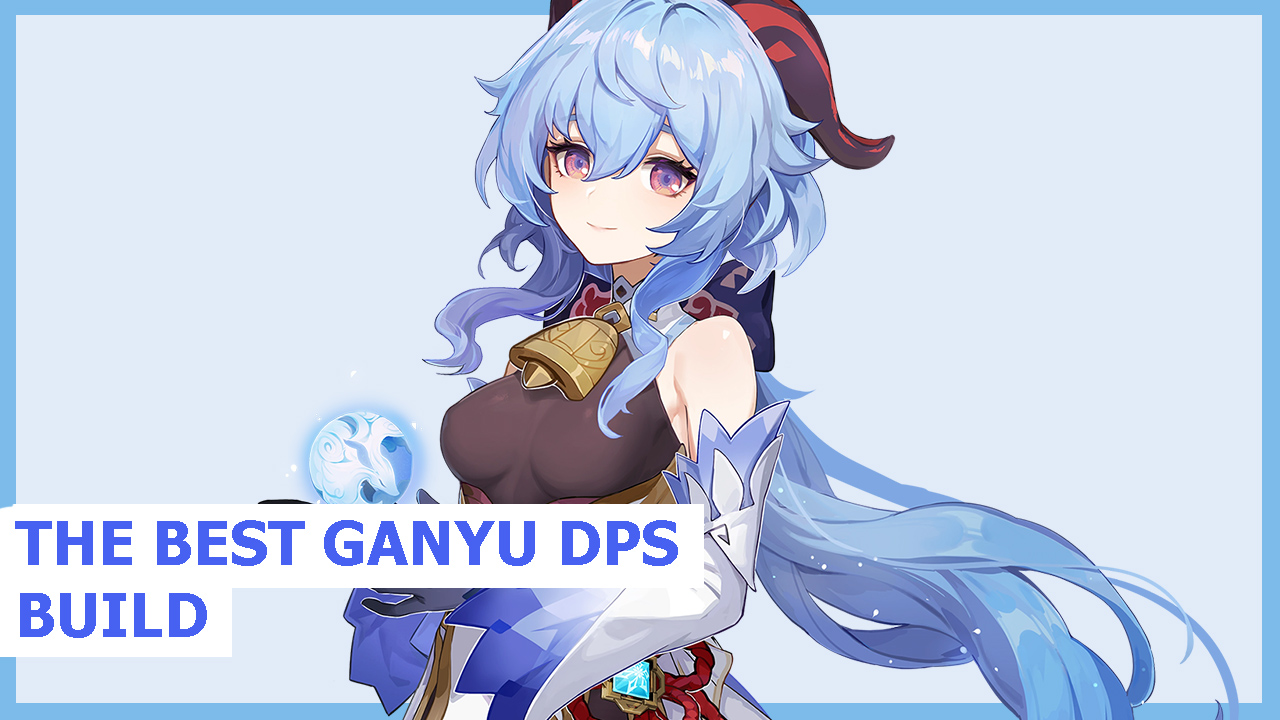 Among the many DPS’ in Genshin Impact, 5-star Cryo Archer Ganyu is without a shadow of a doubt one of the best, thanks to her massive multipliers and exclusive mechanic. But how should you build Ganyu? Now, to answer that and more, as well as to guarantee that you can bring the most out of one of the game’s top DPS’, here’s a Ganyu DPS Build sure to freeze your enemies on the spot.

Ganyu’s biggest source of damage lies in her Charged Attack/Aimed Shot, thanks to extremely high ATK scaling and the fact that it allows her to shoot Frostflake Arrows, which deal massive Cryo damage upon contact, before dealing extra damage in small AoE.

The best artifact set for Ganyu is a 4-piece Wanderer’s Troupe. The set is our main and only pick for Ganyu thanks to its massive boost (+35%) in Charged Attack DMG%. The set also offers her a healthy 80 Elemental Mastery, which is always useful for characters capable of making use of damaging reactions. Stat-wise, we recommend that you go for the standard DPS stats (ATK%/Elemental DMG Bonus).

To recap, you can check out the best main stat for each artifact piece below: 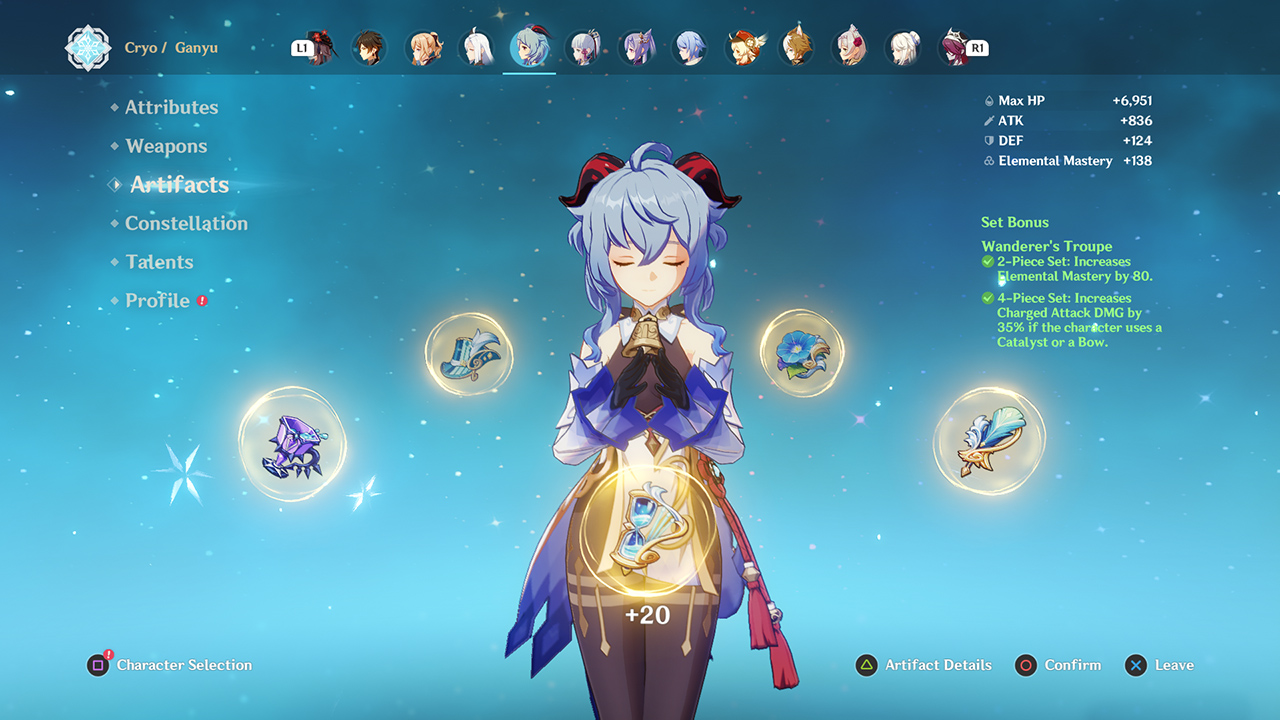 The best overall weapon for Ganyu is also her signature weapon, Amos’ Bow, which will massively increase her overall ATK, all while also increasing her Normal / Charged Attack damage by 12% and offering a bonus to each shot fired for each millisecond it stays on the air. Our second pick would be the game’s new 5-star bow Hunter’s Path, as the bow will offer a massive amount of CRIT Rate (44%), as well as a 12% boost in Elemental Damage. The bow’s passive also works wonders with our chosen artifact set.

Unfortunately, there are not many 4-star weapons fit to bring the most out of Ganyu. With that said, our main pick will be the craftable bow Hamayumi at maximum refinement (R5), as the bow will give Ganyu a 24% Charged Attack damage increase while below 100% Energy. When using it while at 100% Energy, the weapon will double the damage increase.

Here are the best weapons for Main DPS Ganyu, including a few F2P options: As Ganyu’s biggest source of damage lies in her Aimed Shot, we recommend that you focus on it first and then focus on her Elemental Skill, Trail of the Qilin, as the ability will be key if you plan on keeping Ganyu as safe as she can be while on the field. We recommend that you only level up her Elemental Burst, Celestial Shower, after leveling up the already-mentioned talents.

To recap, here’s in what order we recommend that you build Ganyu’s talents:

As Ganyu needs to stay in the field as long as possible, her ideal team needs to be able to boost her overall damage (ideally while also providing Cryo resonance), heal if needed, and protect her with sturdy shields. With that said, we recommend the use of a team featuring Rosaria / Shenhe, thanks to their focused buffs, Kaedehara Kazuha, thanks to his ability to massively boost single elemental damage, and Diona, as she will be able to fill as shielder and healer, all while generating a large number of particles.

If you are using the Hunter’s Path bow, building a team featuring Ganyu, a support capable of providing Elemental Mastery, such as Albedo or Sucrose, plus Kazuha and Diona can also work great.

Here are a few other team compositions sure to bring the best out of Ganyu: