Five Nights at Freddy’s 6 is Real and Out NOW 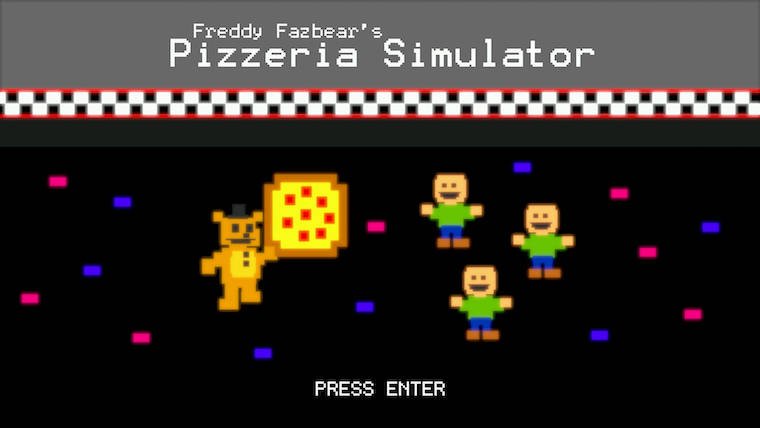 Well, Scott Cawthon’s been trolling all of us this entire time. First, Five Nights at Freddy’s 6 was cancelled, then it turned out Cawthon was working on a new game after all, then it looked like the new game was actually just a tycoon minigame rather than a full new entry in the series, then Cawthon cancelled FNaF 6 again, but claimed to still be working on the tycoon game, then he promised a new game before the end of the year, which everyone assumed was still the tycoon game, and then just yesterday (December 3), Cawthon announced that the new game will be released soon.

Well, it turns out that the new game is out right now, a day earlier than anticipated, and it comes with a huge surprise. On the surface, it appears that this is the tycoon minigame that Cawthon had been promising. However, after playing for only a few minutes, you’ll find that the 8-bit minigame is just a cover for what appears to be a new, full-length FNaF game. It would seem that this is actually Five Nights at Freddy’s 6. The game is called Freddy Fazbear’s Pizzeria Simulator and is currently available on Steam for Windows computers for free.